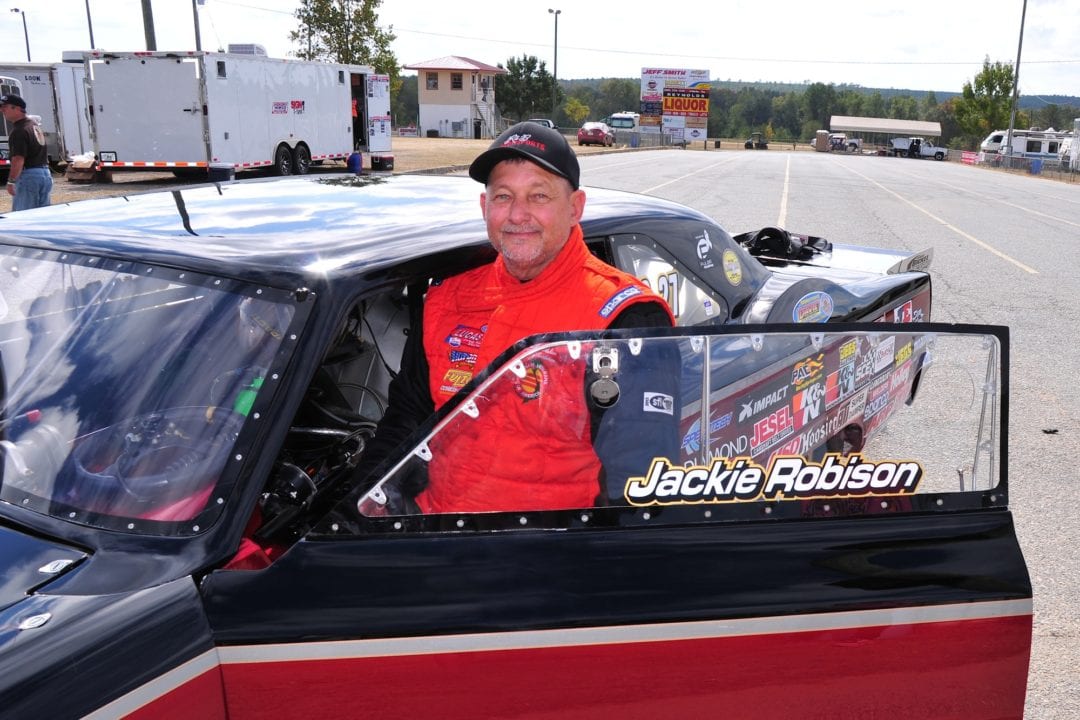 Jackie Robison’s beautiful 1966 Chevy II has more than stood the test of time in the ranks of fast, heads-up doorslammer racing. This car’s fascinating history can be traced all the way back to 1990, when it was originally built for Illinois native Bill Neri, who campaigned the car in IHRA’s brand new Pro Modified division, which was launched that very same year. “This Chevy II was the last car that Tim McAmis built at Jerry Bickel’s shop before leaving to start his own business,” says Robison.

After many successful outings in Pro Mod, including a world record run of 217 mph at Memphis International Raceway many moons ago, this fan-favorite doorslammer eventually found its way to Greer, SC, and to the home and race shop of Robison. Amazingly, this 27 year-old race car is not only still in commission, it’s quite competitive in the NHRA Lucas Oil series, as well as select NHRA National Events, where Robison competes the car in Top Sportsman. “I’ve had a good year in 2016, placing runner-up at the Atlanta divisional and also the Bristol race in Division 2.”

Jackie Robison discovered drag racing as a young man, the same way so many others before him have: racing in the sportsman bracket classes at his local tracks, and since Jackie is a lifelong South Carolina native, tracks have always been in plentiful supply. “My grandmother once owned the property where Greer Dragway is now located!” remarked Robison.

After the track was built, the noise instantly attracted him he says. Robison went on to enjoy much success while racing in various bracket classes at Greer and the surrounding tracks while racing everything from a rear-engine dragster to a Datsun 280Z. He earned a spot to race at the Bracket Finals five times. Some of his fondest memories came during the 2003 and 2004 seasons when he had the opportunity to drive an Alcohol Funny Car for Richard Hartman in the Southern Fuel Coupes series. “I had a blast doing that and it was a great opportunity for me.” 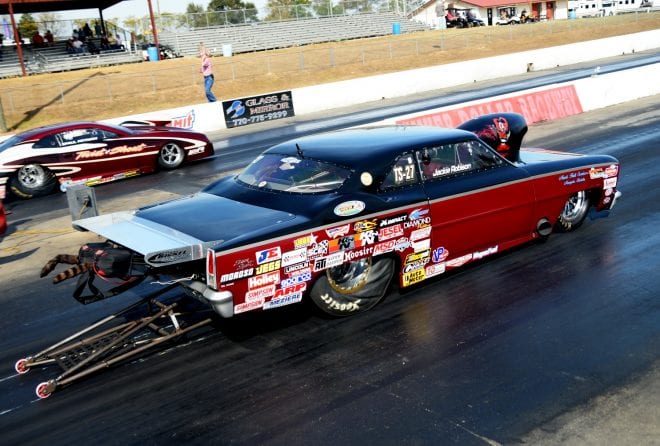 Robison now finds himself solidly in the competitive ranks of doorslammer racing with his fabled Chevy II. Sometimes the journey gets rough in racing, and Jackie experienced a setback when a crash at Greer in 2010 left his car badly damaged. Mike White put the car back together after the mishap, while Robison’s famous cousin, Scotty Cannon, set the car up for him. Additionally, a few changes were made to the car after they dropped it off at Donnie Gibbs’ Mooresville, NC race car shop.

Perhaps the most interesting story that stemmed from the car’s post-crash restoration was when it was time for a new paint job. “My friend of 30 years, Donnie Farmer, of Farmer’s Body Shop, repainted the car for me, and amazingly it was the first race car he ever painted! Donnie told me to never bring him another race car, but he also said I could bring the Chevy II back if I ever needed to,” laughed Robison.

The car looks sharp and it turns heads wherever Jackie races it. He’s getting geared up for the 2017 season and plans to race more than ever. “I’ve teamed up with Doug Dailey from Maryville, TN, who has a David Monday-built 1963 Corvette.”

Together, they plan on competing in every NHRA national event, as well as every Lucas Oil race in Division 2. “Racing at this level takes so much support and I’ve got to thank my dad, Johnny, because without him I’d never be where I am today. I’ve got a great crew of help that includes, Stan and Tina Rabb; Paul Campbell; Rusty Hawkins; Mickey Bailey and Wendell Davis.”