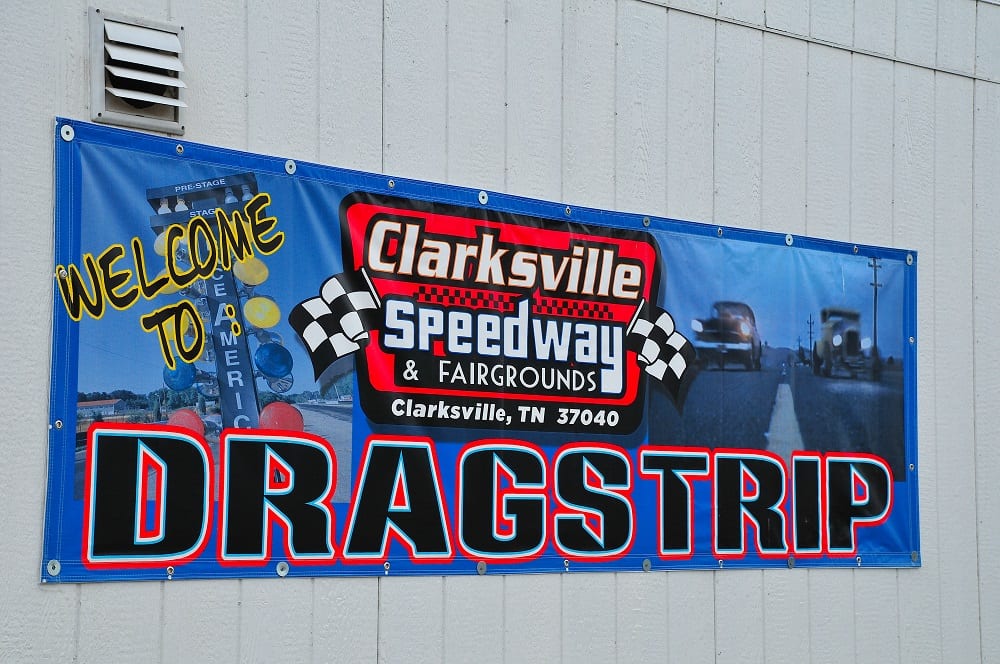 Clarksville Speedway may easily be described with an assortment of portrayals, although the most authentic description might simply be “picture of consistency” when referencing this unsanctioned, eighth-miler located in the northwest Tennessee town of Clarksville.

While the drag strip’s functions are often a carbon copy from one year to the next, the rest of the surrounding property is a comprehensive spread of oft-unusual entertainment. The vast acreage (which not only includes the vintage, 50 year-old-drag strip) is also home to a dirt oval track and is likewise the location of many other festival-type attractions including the annual fair. Ironicially, every fun-filled product offering associated with Clarksville is entirely presented and managed by William Scogin, who’s behind this entire operation of entertainment.

“In addition to the pair of race tracks on the property, I also hold bike rallies, flea markets, roller derbies, radio control car races, as well as a large Christmas lights display. I don’t have any downtime,” says Scrogin, who happily wouldn’t have it any other way. “I actually have a dirt racing background, but when I bought Clarksville Speedway nearly 20 years ago, I sorta got the drag strip as a bonus in the deal.”

His yearly schedule of events at the drag strip is where he declares the aforementioned “picture of consistency” comes in to play.

“I don’t stray too far off our normal program of events at the drag strip,” he insists. Any given season at Clarksville is comprised mainly of a Wednesday night test and tune, followed up by Friday night bracket program.

“We’re nothing special, just a Friday night bracket track trying to pay the bills,” explains Scogin. Aside from the bracket program, Scogin does feel as though he stumbled upon a home run when he launched an event called Midnight Madness, which actually begins just as soon as his bracket race has ended. As the dial-in competitors are filing out the gate each Friday, another crowd is pouring in, with intentions of grudge racing until the wee hours of the morning.

Midnight Madness is a heavily attended ordeal and is mainly comprised of import racers looking to grudge race against their buddies. Another group of patrons that routinely show up are gear heads simply wanting to make some test laps on their cars. The entire Friday show essentially amounts to two events in one day, featuring a completely different crowd of fans and participants through the gate. It also makes for an incredibly long day for Scogin, who then opens the dirt oval track a few hours later on Saturday.

“Like I said, there’s no down time around here,” contends Scogin with a laugh.

Each season, he opens the gates to test and tune as early as February if the weather allows, while April kicks off the points series, which runs through late October. Point-earning classes include Super Pro, No Box, Street Trophy and Jr. Dragster. While he rarely strays from his normal tried-and-true drag racing program, Scogin does plan on presenting a few special bracket races in 2016. He calls the events “No Box – No Buy Back Sundays,” of which he will contest four such events this season.

The payout structure is something he hopes will be inviting with a guaranteed purse of $1,000 going to the winner, with no buy backs. Entry fee is only $50.00. Clarksville also presented a more traditional No Box race on August 14th, with a generous $3,000-to-win purse, with a $30.00 entry fee, with buy backs permitted for this event.