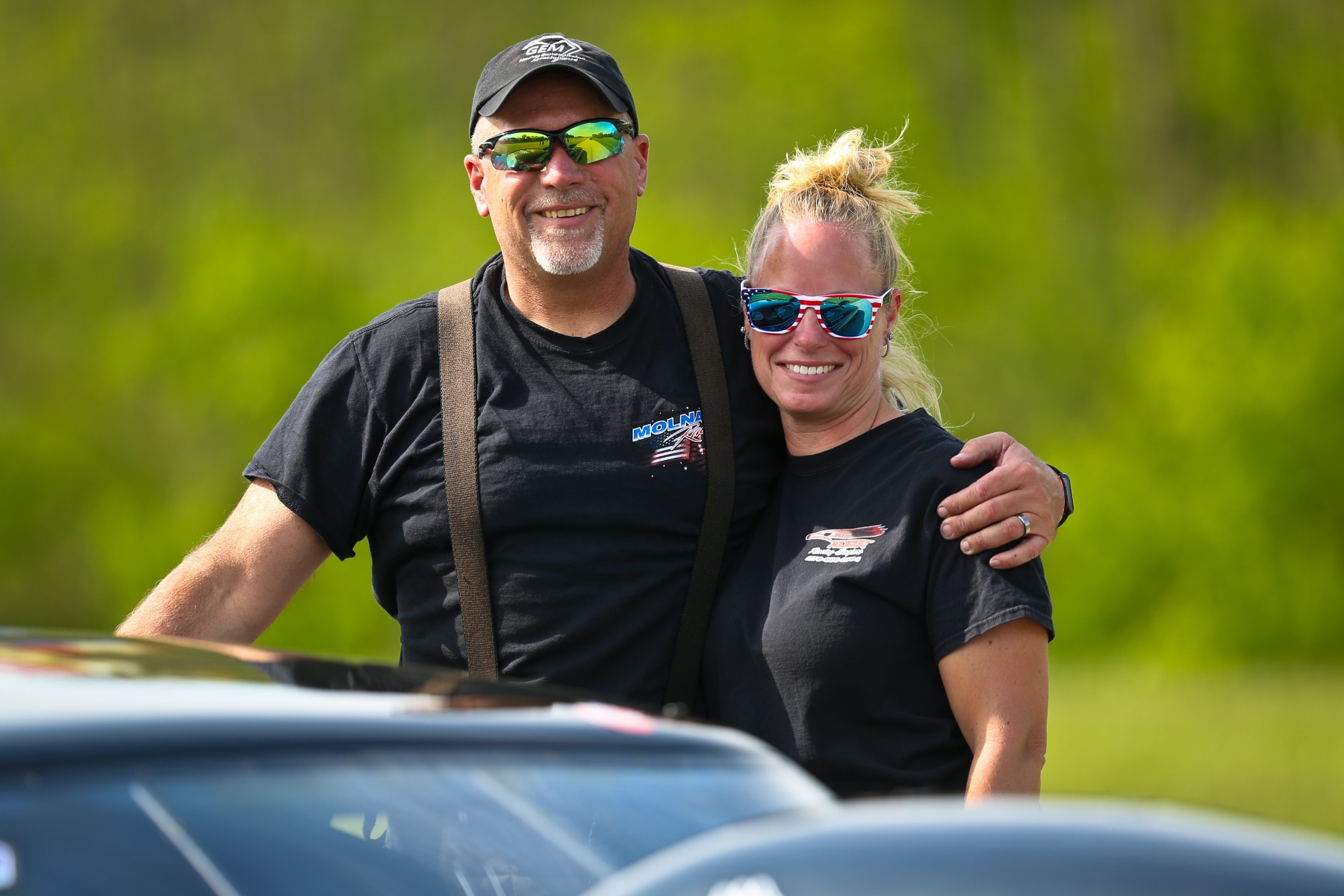 Rikki Molnar has been around racing for most of her life, but her driving career is a somewhat recent development. Her fascination with the sport began years ago when she’d watch her family members race in Florida and her native Ohio. That progressed into getting into the driver’s seat herself with the help of her husband, Top Sportsman veteran Tim Molnar, and now she’s a serious contender in the PDRA’s Lucas Oil Top Dragster presented by Laris Motorsports Insurance class.

“My uncle Denny Neighbor raced late models on asphalt tracks in Florida,” Molnar begins. “We would go down every spring break with my uncle Kurt Neighbor and my mom, Joyce, and watch Uncle Denny and my cousin Denny race. My uncle Kurt has raced everything from Pro Gas with his ‘Cobra Venom’ car to alcohol Funny Car to now he is getting his feet wet in Mountain Motor Pro Stock with the PDRA. But mostly I would go to Dragway 42 and watch my brother, Troy Hrdlicka, run his Mach 1 every chance I would get, to now watching him race in the UMTR with his stick-shift Mustang.” 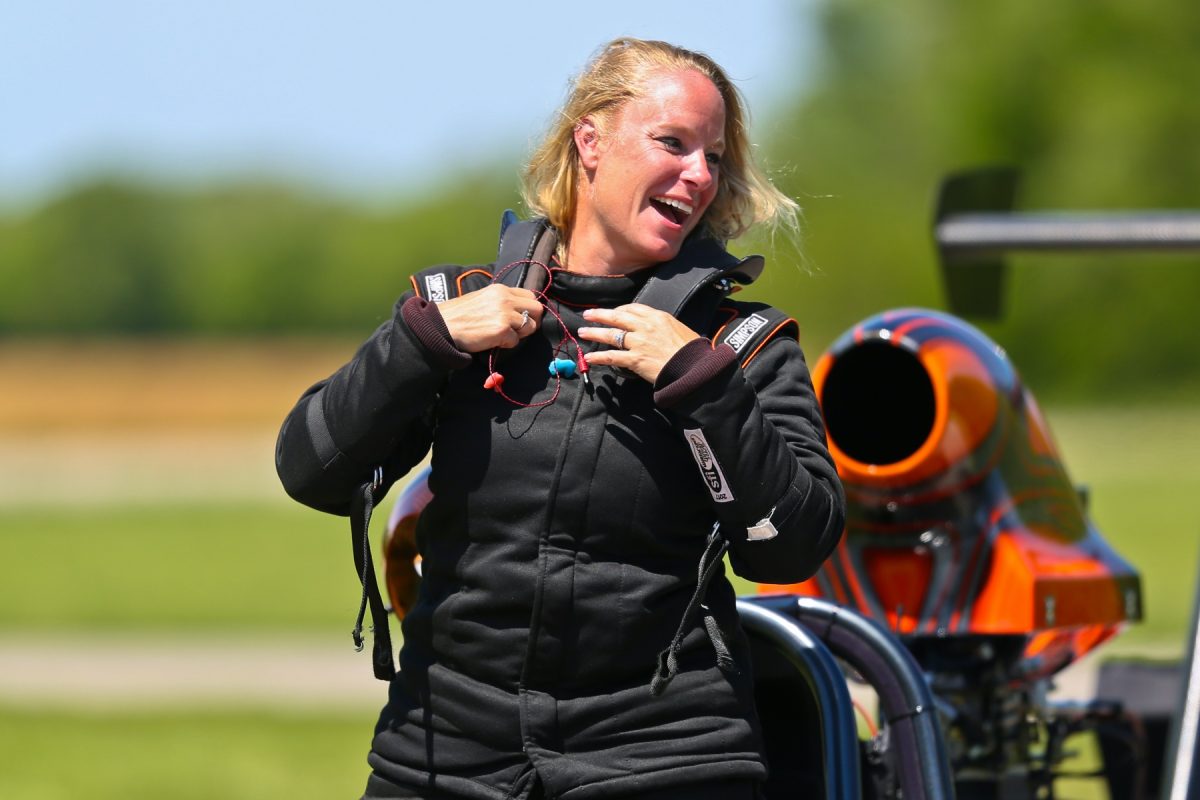 Several years ago, the Molnars found a dragster for Rikki, and she headed off to Frank Hawley’s Drag Racing School to learn the ropes. She started running some local bracket races and a few races in Super Comp in her car before moving up to PDRA Top Dragster in Tim’s dragster. In 2020, she won her first race, the PDRA Mid-Atlantic Showdown at Virginia Motorsports Park, a performance that remains her most memorable achievement to date.

“My car only had a 540ci engine at the time, so I would run [Tim’s] car in PDRA until he bought me my current 632ci for Christmas – best Christmas ever,” laughs Molnar, who also won an NHRA Division 1 race at VMP in 2021. “I’d made it to many semi- or quarterfinals, even one final, in my car but never winning. It was my first year running nitrous in Top Dragster with the PDRA.”

Last season was a banner year for the Molnars. Along with Rikki’s NHRA divisional win and a runner-up finish in PDRA competition, Tim ended up winning the MagnaFuel Elite Top Sportsman presented by US Rail world championship. Driving his nitrous-fed ’68 Camaro, Tim won the season opener and added late-round finishes at nearly every race to secure the title. Rikki finished eighth in Top Dragster points.

Drag Illustrated recently caught up with Rikki to talk about her racing background, her success in the competitive PDRA sportsman ranks, and her goals moving forward.

What is it about Top Dragster that appeals to you?

I love racing in general. We go every chance we get, local or not. Top Dragster is such a competitive class. The people that run the class were very welcoming when we first started, and we’re always cheering each other on. I also love that you get a chance to run quarter mile once in a while [in NHRA].

How exciting was it to see Tim get the championship last year and be a part of his success?

It was so exciting! For him and his dad, who turned 80, that year was a huge accomplishment in such a competitive class at the speeds that they go. Tim and his dad have been at this racing thing for 30-plus years, and his dad only comes to PDRA races anymore, so that was extra special for them to do it together, and for me to watch was amazing. No words can really describe it. So many great people pitched in, like Rickie Smith, Chad Hester, and Billy Albert. I just got to sit back and watch magic happen! Then to have your competitors be so supportive of you and be just as happy for you as you are – words can’t explain the people of Elite Top Sportsman. Simply amazing. 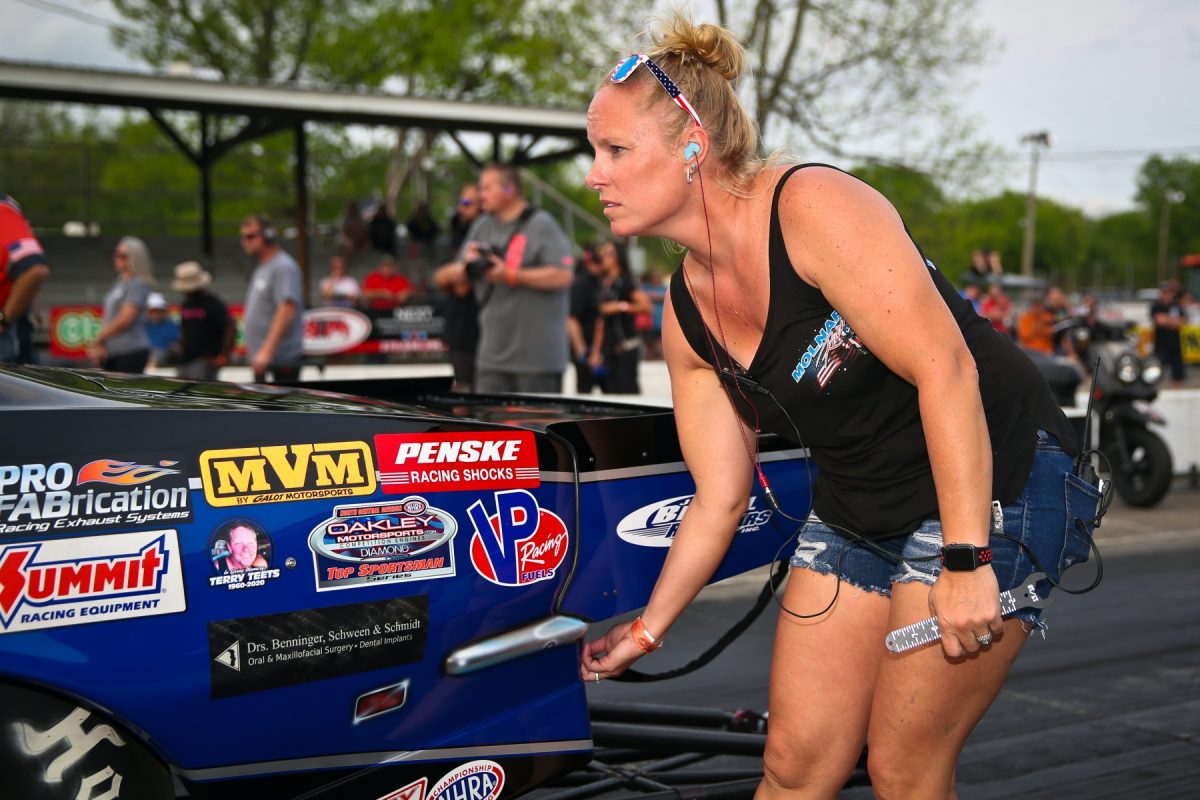 You’ve had success in eighth-mile PDRA competition as well as quarter-mile NHRA racing. Can you compare the two?

PDRA is so fun to watch and be a part of because the classes are so much faster, yet still so competitive. Most people like that PDRA is eighth mile, but I still like to go quarter mile as well. NHRA Division 3 Top Dragster is super-fast and competitive. With the engine that I have that I can bracket race or run Top Dragster with, I have to run a different division then my own when I want to run NHRA. I prefer to run PDRA because of the way they run the race – qualify on Friday, race Saturday, and then you have Sunday to drive home.

The sportsman classes in PDRA are so competitive. What does it mean to you to have success on such a competitive platform?

To be so successful in Top Dragster is just mind blowing. I never in a million years thought I would ever race, let alone win a race. And two wins now in PDRA and NHRA is just unbelievable to me. 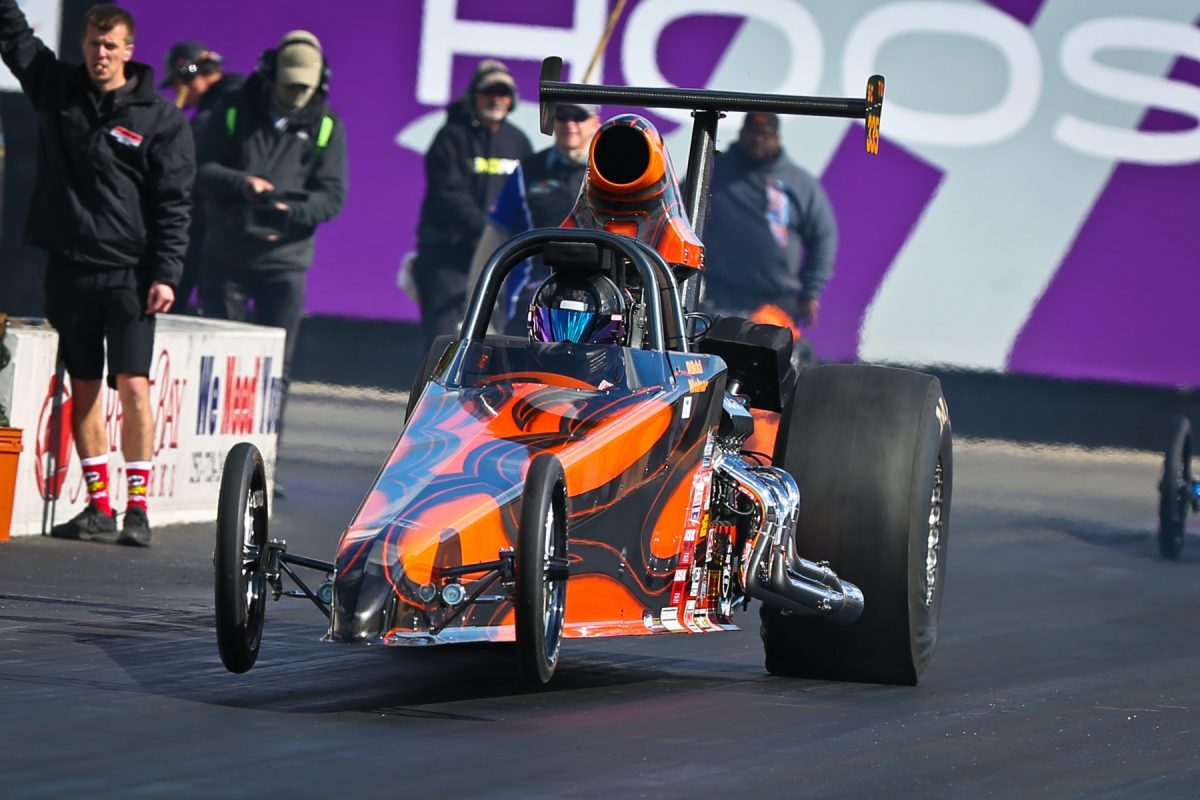 Could you ever see yourself joining Tim in Top Sportsman or are you set on dragsters?

It’s funny, I was never a dragster girl – I’ve always loved door cars. I would like to give door cars a try, but it’s so much easier to run two different classes since we help each other and crew for each other at the races. We love doing this as a family, as Tim’s dad, Dick Molnar, always is with us at PDRA races.

What are your goals for this season and beyond?

Just continue to be a better racer. I have come a long way from where I started, and I just want to strive to continue to go rounds every race.