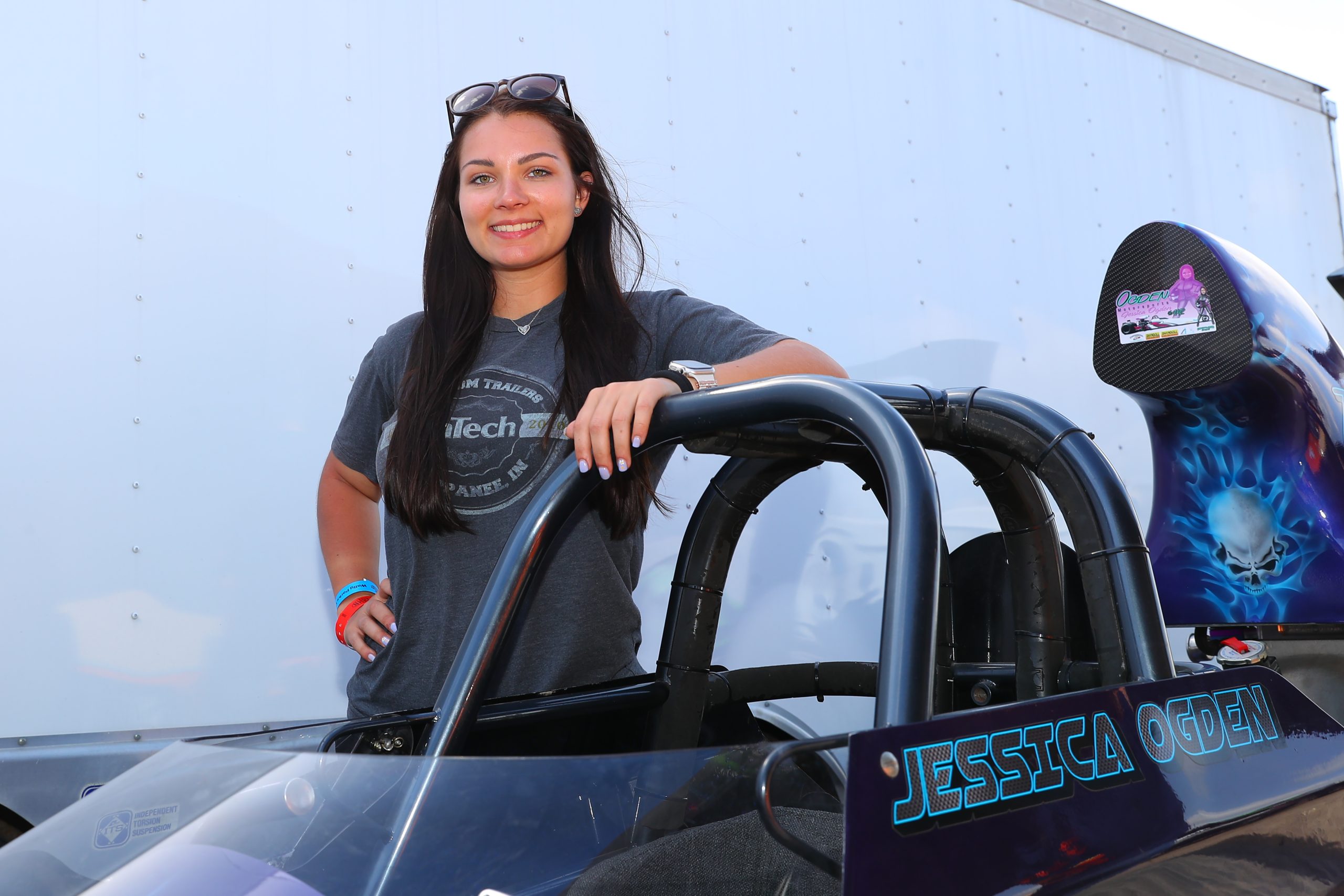 For the second year in a row, Jessica Ogden kicked off the Summit Racing Equipment Mid-West Drag Racing Series (MWDRS) presented by J&A Service season with a win in Top Dragster at the Xtreme Texas Nationals at Xtreme Raceway Park earlier this spring. She started race day with a perfect reaction time and wrapped up the weekend with another perfect light to defeat Rusty Baxter in the final round. It proved the point that in the increasingly quick world of fast bracket racing, you don’t need to have the fastest car to turn on win lights.

“I obviously go into every race telling myself I can do it, but it was pretty cool to win that same exact race back-to-back,” Ogden says. “It gives me good confidence in that series that even though I’ve got a slower car, it doesn’t matter. It’s about the consistency and how good your reaction times are and how you dial the car and how consistent the car is. That’s what really matters. It doesn’t matter how fast you go.”

At 23 years old, Ogden has around 12 years of bracket racing experience. She started in Jr. Dragsters before moving up to a ’69 Camaro when she was 16, first racing at local bracket events before going NHRA divisional racing in Super Street and later Super Gas. She then moved over to dragsters in Super Comp, then moved up to her current ride in Top Dragster. It’s not an ultra-quick boosted entry like the new norm in the class, but it gets the job done.

“My car is a Top Dragster, but I have all the nitrous pulled off of it,” Ogden admits. “It is a nitrous motor, but it has no additives, it’s strictly motor. Running 4.30s out there with the 4.10 cars or whatever, it doesn’t matter. As long as you’re consistent and you’re on your A-game, that’s what matters.”

Ogden was clearly on her A-game at the last two MWDRS season openers, with .000 lights and consistent runs, but various mechanical issues nearly derailed her efforts. She had a faulty delay box at the 2021 race and transbrake problems this time around.

“It seems like every time I win, it starts off crappy or it looks like it’s going downhill, but in the end, I come out with the win,” she says.

When Ogden isn’t behind the wheel, she’s helping her father, James, in his centrifugally supercharged ’55 Chevy Bel Air. They contribute to each other’s success, and their efforts paid off last year when the father-daughter duo finished third in MWDRS Top Sportsman and Top Dragster, respectively.

“That’s the best part,” Ogden says of racing with her dad. “Him and I are two peas in a pod. Without each other, neither one of us could do what we do. He’s out at the [Dallas] divisional right now and he tested yesterday. He called me and was like, ‘I just can’t do it without you. I need you here.’ We pump each other up before rounds and give each other little pep talks. We work great together. We’re best friends and we love doing it.”

Unfortunately, Ogden won’t be able to take advantage of her season-opening win because the team has decided not to chase points this season, mostly due to high fuel prices and the long tows to the summer races from the Ogdens’ home base south of Houston. Ogden admits it was hard to give up that early points lead, and she’ll miss the MWDRS crowd over the summer before a hopeful return in October.

“They really treat us great,” Ogden says of the MWDRS. “They treat us with respect, they listen to us, and they understand what we’re trying to do. They understand if we need time in between rounds. Everybody out there is very friendly and like family. It’s really a good time. That series is very fun to run. We love the people and the environment.”