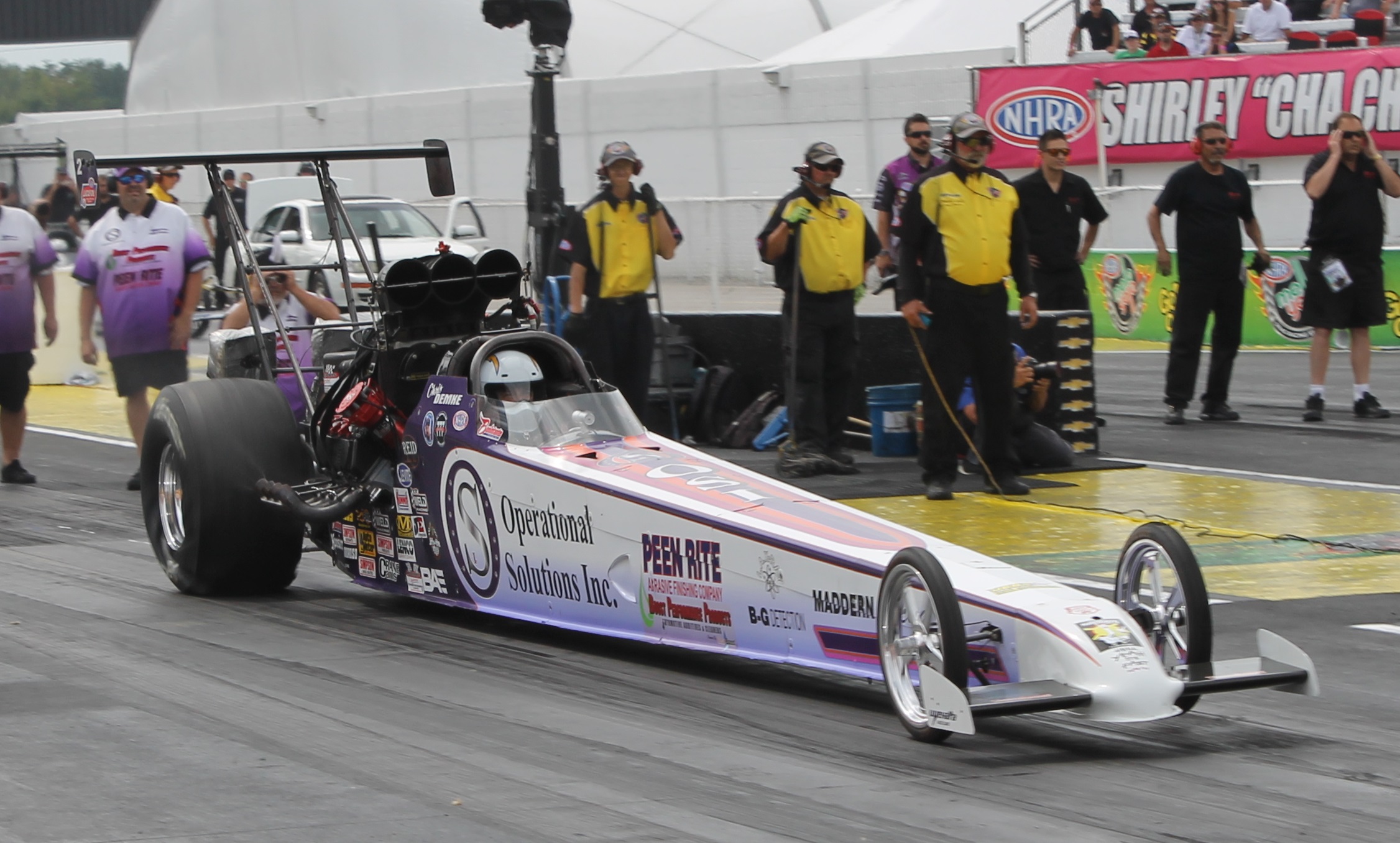 As you might remember, Top Alcohol Dragster driver Chris Demke set aside his 2014 NHRA national championship car at the end of last season to begin testing a second car for competition this year. We now know that Demke and team owner Jerry Maddern will run both cars at the first two races of the 2015 NHRA Lucas Oil Series season. Ray Martin, who finished fourth in the 2013 TAD national points, will drive the second car while Demke will continue to pilot his proven ride.

“Ray Martin is going to drive what I’m calling the ‘X car’, or experimental car. The plan is for Ray to drive it at Pomona and the Phoenix regional. I’ll drive what I’m calling the champ car and we’ll set it up with our standard tune-up that we know can haul ass. On the X car, Jerry can try all of the crazy ideas he has and Ray gets to be the guinea pig. Honestly, some of the ideas we have planned for that car will put 280 miles per hour within reach,” Demke claimed.

While bold, such a speed isn’t unthinkable when you consider the time slips Demke collected in the process of clinching the national title at Maple Grove Raceway last year. The Peen Rite-sponsored driver was in the 270 MPH range on seven of eight runs that weekend, highlighted by a booming 277.94 MPH blast, the fastest run in blown alcohol dragster history.

On top of the excitement surrounding the addition of a team car, Demke relished a busy offseason as the newly crowned champ.

“We had a party at our shop the weekend after Pomona to celebrate the championship. I got my championship ring on my birthday earlier this month. It was one of the best birthday presents I’ve ever received. It’s a beautiful piece and it just solidified the fact that I did win the championship. We went to the Division 7 awards banquet in December, as we won the Western Region championship, as well.  So I’ve been enjoying the offseason, even though it’s shorter here on the west coast being that the season ends and starts at Pomona,” Demke said.

Though the Winternationals are still two weeks away, Maddern Racing’s season has basically already started this weekend.

“We’re going to the test session at Phoenix this weekend. I won’t be driving. We’re just taking the X car and Ray will be making some laps in it, not so much to try anything experimental, but just to give him some seat time to get him ready for Pomona,” noted Demke.

As for Demke’s schedule, he says the team will run another heavy-hitting, cross country tour in defense of their national and regional titles.

“We’re gonna come out hard. The plan right now is Pomona, Phoenix regional, Gainesville, and Charlotte. When we continue on to Gainesville, I will more than likely drive the champ car. That’s not set in stone though. If there’s some great performance gain that we find in the X car, I may swap into that one.”