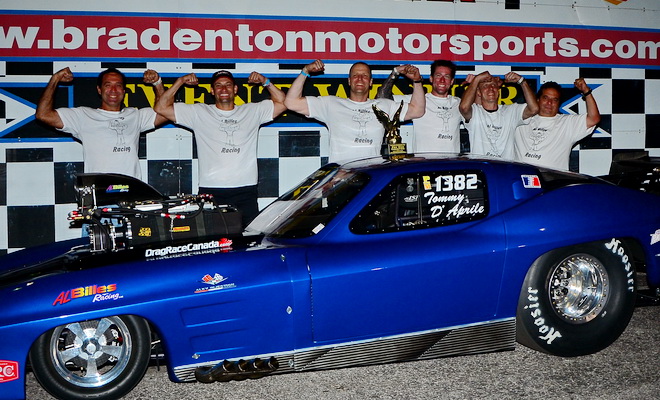 A friend of mine once told me he believed people are like coil springs: you compress them over and over, and each time they bounce back just a little bit less than they did before. Eventually, the springs wear out and don’t have any rebound whatsoever.

While there are a number of what I believe to be great “teams” in the racing community, I don’t think we can ever put enough emphasis on good people and positive company or crew culture; especially in an industry that churns out a new, high-tech, lightweight or next-generation doohickeys on a consistent basis.

Personally, I’ve primarily been exposed to the old-school management and leadership styles that often exist in small business: the notion that keeping employees and team members fearing for their jobs will keep them working hard to stay employed. And while I’ve had a few gigs that offered a much different environment than that, I’ve never operated within a Google-like environment where naps, back rubs and snack breaks were mandatory.

In this day and age of nearly constant projectile vomiting of 25-cent words, marketing lingo and tech talk it’s hard for me to even bring up something like “company culture,” but I can’t deny its existence—and importance, in my opinion—to the success or failure of any group or organization.

The best companies and the best race teams foster a sense of trust between employees and crew members that allows them to focus on achieving goals together. When the culture of a company encourages destructive competition, internal politics and the like, you’re virtually guaranteed to find yourself on the opposite end of the spectrum. In drag racing that means a car that won’t fire or is shut off for leaking; in business it’s a company that fails at startup or is outperformed or quickly outdated by the competition.

I recently read a book—which I loved—called Leaders Eat Last, by one of my favorite authors and speakers, Simon Sinek. It reads: “We’ve succeeded as a species because of our ability to form cultures. Cultures are groups of people who come together around a common set of values and beliefs. A company is a group of people brought together around a common set of values and beliefs. It’s not products and services that bind a company together. It’s not size and might that make a company strong. It’s the culture—the strong sense of beliefs and values that everyone, from the CEO to the receptionist, all share.”

People really are everything in business, and I think the same easily applies to racing organizations and teams. If there’s anything I’ve learned over eight years of running DRAG ILLUSTRATED and a lifetime spent in the drag racing industry, it’s the importance of having the right people on your team. Give the best people bad equipment and I bet they’ll qualify and go rounds. Give bad people the best equipment? I think you know the answer.

People really are everything, and the people you align yourself with will either put you in the winner’s circle or put you on the trailer.