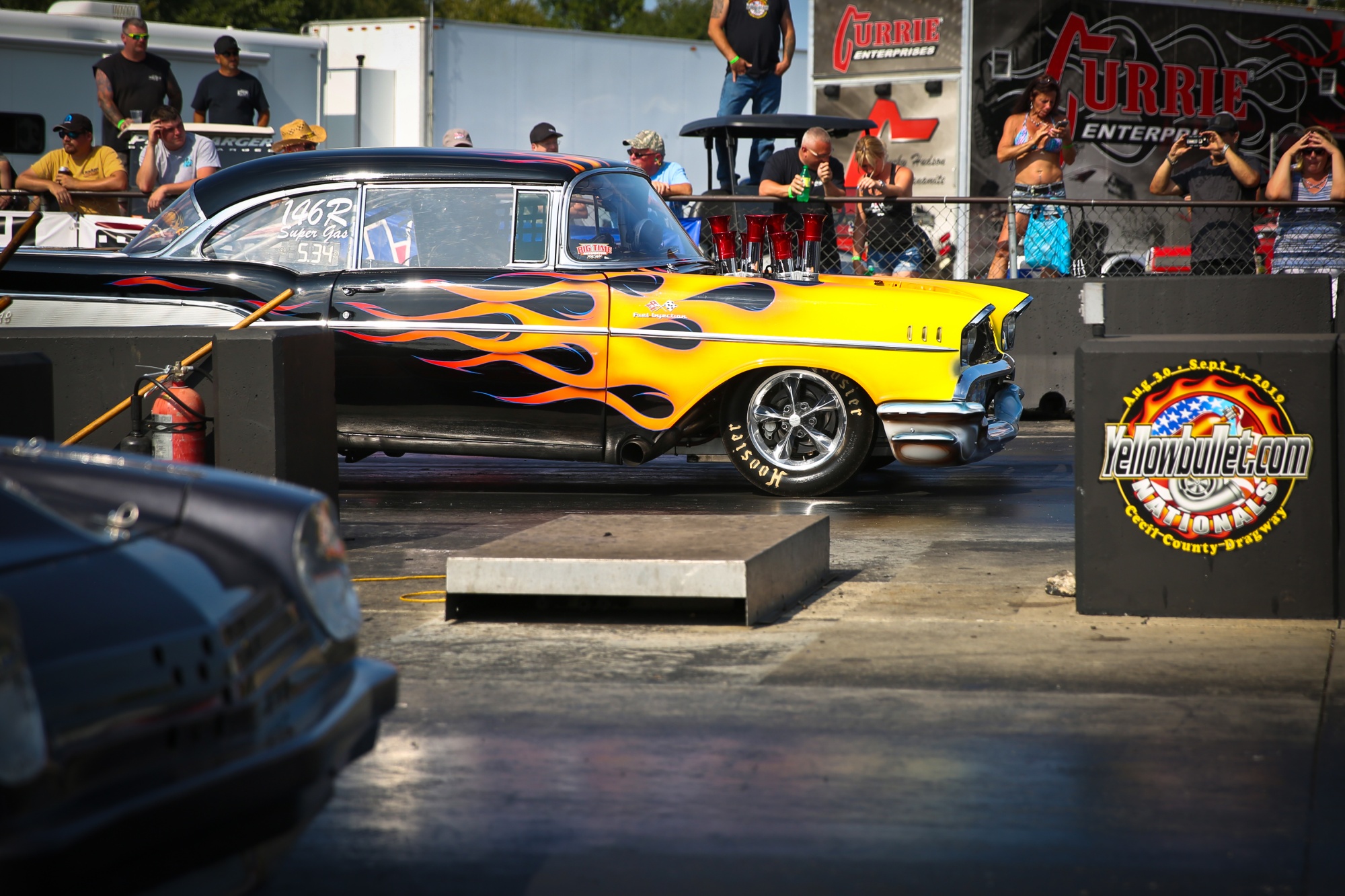 This year marked the 10-year anniversary of the Yellowbullet.com Nationals, held over Labor Day weekend at Cecil County Dragway in Rising Sun, Maryland. Outspoken event promoter Monty Mikho has built up a huge following of racers and fans, and the race itself features a large number of heads-up, index, and bracket classes.

With a decade of races now under his belt, DRAG ILLUSTRATED sat down with Mikho to get his thoughts on just how far the event has come.

As we celebrate a decade of this event, take us back 10 years to where it all began.

It spun off the website Yellowbullet.com, and a lot of members were pushing to have me put an event on. At first I was kind of not wanting to do that, as I’ve got businesses that I run in my daily life. Yellowbullet was never really a business, it was just something that I had started. So I didn’t want to take that undertaking on. As the site developed and became what it became, I seen an opportunity. Since we’re never really taking any money from sponsors for the site to keep that rolling, I seen an opportunity and said, “Wow, sponsors are willing to give us money. I could just take that money from the site and roll it into an event.”

Cecil County Dragway has become synonymous with your race, but you live a long ways from Maryland. Why did you choose it for your venue?

Originally I had approached Milan Dragway, which is our local track in Michigan, with the idea to bring the party to the racetrack. At that time, they said they were not interested at all in it, that they were running their own deal. At that point, I made it public that I was looking for a venue. Jim Halsey was the first one to jump up and say, “Hey, bring it to us.” I thought it would be a good fit. I’ve raced at his track, but he’s obviously 600 miles away from me. I met with Jim, and we basically went over the top of his monthly race, just brought in extra cash on top of that, added a few classes, and seen if we could get a party going.

After year two or three, Milan reached out to me and said, ‘Hey, would you like to move the thing over here?’ And I gave them the same response that they gave me – we didn’t need them, that we already had something good, and we’re just gonna keep rolling with it. So that was my little get-back that I always get happy about. To be shut down at first, then be asked to move it back over here.

Halsey is not only the track owner, but an acclaimed Pro Nitrous racer. How has your relationship with him grown over the years?

I really can’t say enough good things about him. The thing is, it was a handshake deal, it still is a handshake deal. We’ve never sat down with contracts, we’ve never done any of that. We shook hands 10 years ago – actually 11 years ago – and we said we’re gonna put on a race, and both of us have stuck to that. Jim’s just been a really good guy, and deserves a lot of props for the success of this event. I could wholeheartedly say if it was at a different facility, it wouldn’t have the success that it does.

From an outside perspective, it appears the event currently runs as smooth as any in the country. Were there ever any growing pains to reach this point, and what have been the biggest challenges?

Our first year, it was a cluster. I didn’t know what to do, I didn’t know how to organize it. I was 600 miles away, so it was really tough for me to get logistics to get it organized correctly. And to my fault, I didn’t really reach out to Jim to have him set that up for me. I relied on somebody else to do that, and it didn’t work out as good as I thought it would’ve. It was still a good event, but there was a lot to learn from that event moving forward. Me and Halsey worked really tight with each other after year one, became really close in keeping contact to how to do this thing right. As we approached year after year, the event just became massive. I think we had 660 actual physical cars – that’s not tech cards, that’s not double entries, that’s physically people on the ladder that came and started racing – after about year five. We’ve got an aerial view, it just looked like a circus out there. So I started reducing the event. And we’ve been trying to reduce this thing every year.

Most promoters are working tirelessly to grow their events, yet you’re saying you needed yours to shrink?

I think this year was a really good year for us. We just made the leap, and said this is what we’re going to do, and try to reduce it down to about 400 cars to show up. It makes it a little bit more comfortable for us. We can leave at a reasonable time – 11 o’clock, rather than 3 or 4 o’clock like our races used to sometimes go to. It’s just really tough to run an event like that, and be back at the track at 7 a.m. So from day one, compared to today, we’ve made a lot of changes, we’ve continued to accelerate in the right direction. I think we’re in a pretty comfortable spot after 10 years to really learn and understand what we’re looking at. We get some sleep at the end of the day during the weekend of the race, so that’s always a good thing.

Have you ever considered moving the event to a larger facility?

A lot of people argue that the venue’s too small, but Cecil’s actually a big track. Anybody that can put almost 700 cars on their property really testifies to how big the facility is. It’s just deceiving that it looks small, because the grandstands aren’t that big, it’s an old-school track, the towers are very small. I think that perception makes everyone think it’s a small track. But it’s like I’ve told everyone over the years – if you move 660 cars to somewhere like Norwalk, which is a huge facility – at the end of the day, you’ve still gotta move 660 cars down the racetrack. It doesn’t gain you anything.

Tyler Hard and Kevin McCurdy were in the finals of Pro Mod this year – both featuring ProChargers. Were you surprised by their success with a power adder that’s relatively new to the game? 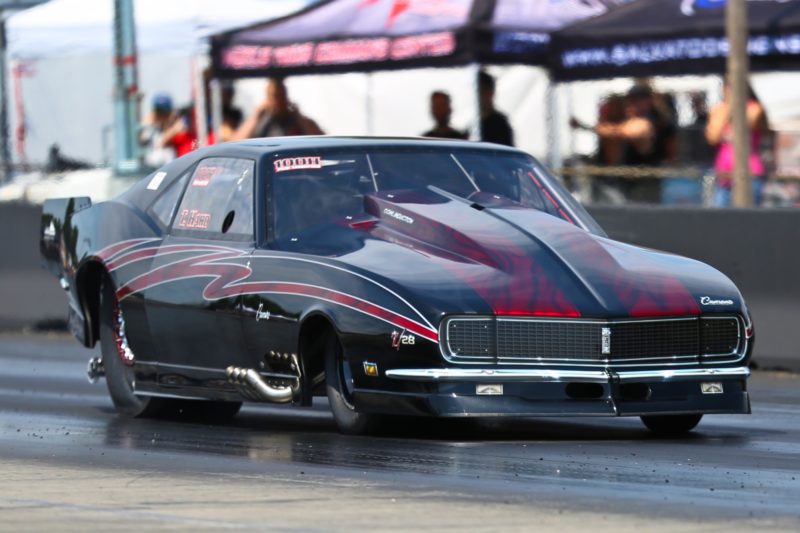 Quite honestly, this is the first year we’ve been approached by somebody that said they had a ProCharger. McCurdy has raced our event since I’ve had Pro Mod, three or four years ago. McCurdy won our first one, he was runner-up at our second one, and obviously this year he runnered-up to Tyler, his partner. We’re open to combinations, but we really don’t like writing rules for people not interested in coming to race. But McCurdy reached out to me early this year, asked if we could make a provision to add ProCharger cars to come and race with us. Somebody else already had the weights pretty much figured out, and we just went ahead and added that one line in. Our rules are very, very vague. It’s one sentence for each combination, pretty much. We’re in line, weight-wise and rule-wise, with all the other big guys – the PDRA, the Mid-West Pro Mods. And we ended up with two ProCharger cars in the finals.

Do you see any need for a rules change to the ProCharger cars moving forward?

The thing is, they weren’t the quickest guys. Nobody could really argue with our event for them two cars being in the finals. And the reason why, they were not the quickest guys all weekend. I think they ran mid-70’s all weekend, but darn it, they ran mid-70’s all weekend, every pass. That’s a statement. Halsey went like a .65, Jay Cox ran a .62, but not doing it consistently is gonna hurt you, and that’s obviously what happened.

You definitely seem to have found a sweet spot in terms of parity with all the various power adders. Are you comfortable with where things are at currently?

I have Jon Salemi, who’s been a huge help for me to write rules, him and Halsey. And they’re such a good match to write rules, because oddly, both of those guys seem to want to penalize their own teams each year because they felt they ran better than they should. Halsey, at the beginning of this year, said we should hit the nitrous cars with 25 or 50 lbs. And Salemi said, “You know what, just deduct the weight off of us, and we’ll keep the class as quick as last year, maybe a little bit quicker.” And that’s what we did. I really think – and this is going to be shocking – I really think the screw blowers need help. I’ve looked at the data from the past four years, and the screw blowers haven’t done anything. Can they run really fast? Sure, on paper, absolutely. But they just have not done very much at our event. I think removing 25-50 lbs. off them for next year might be very reasonable. I know that I’ll get a lot of pushback from Salemi, and at the end of the day I’ll go with what he suggests, but I really think they need help.

Mo Hall won the Outlaw 10.5 class this year with a nitrous car, his second Yellowbullet.com win. How impressed are you with how well small-tire nitrous cars have performed this year? 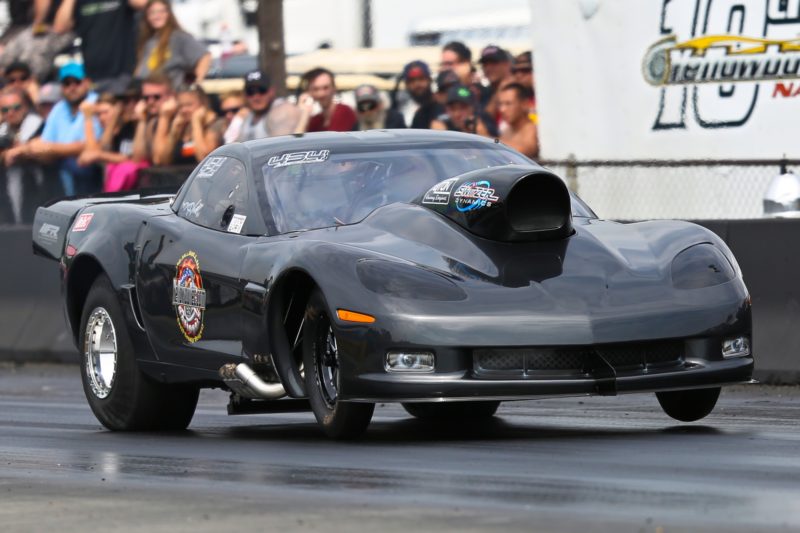 Mo’s a heavy hitter in Outlaw 10.5. He’s always at the top of the game, always has been. And I think nitrous is really just having their year this year. Who would’ve ever thought that we’d be sitting here talking about nitrous having an advantage? It’s always been turbo and blowers, that’s all we talk about. It’s awesome to see that the nitrous cars are up there, and people are complaining about trying to slow them down. Mo’s a very dedicated racer. I don’t think it’s because he’s got an advantage, or anything else. Mo hits every single race – be it PDRA, be it Cecil, be it anywhere in the country – he hits every single race, and this guy tests constantly. He’s probably got more laps on his car in a year than a lot of racers do in a lifetime. That says a lot for his efforts.