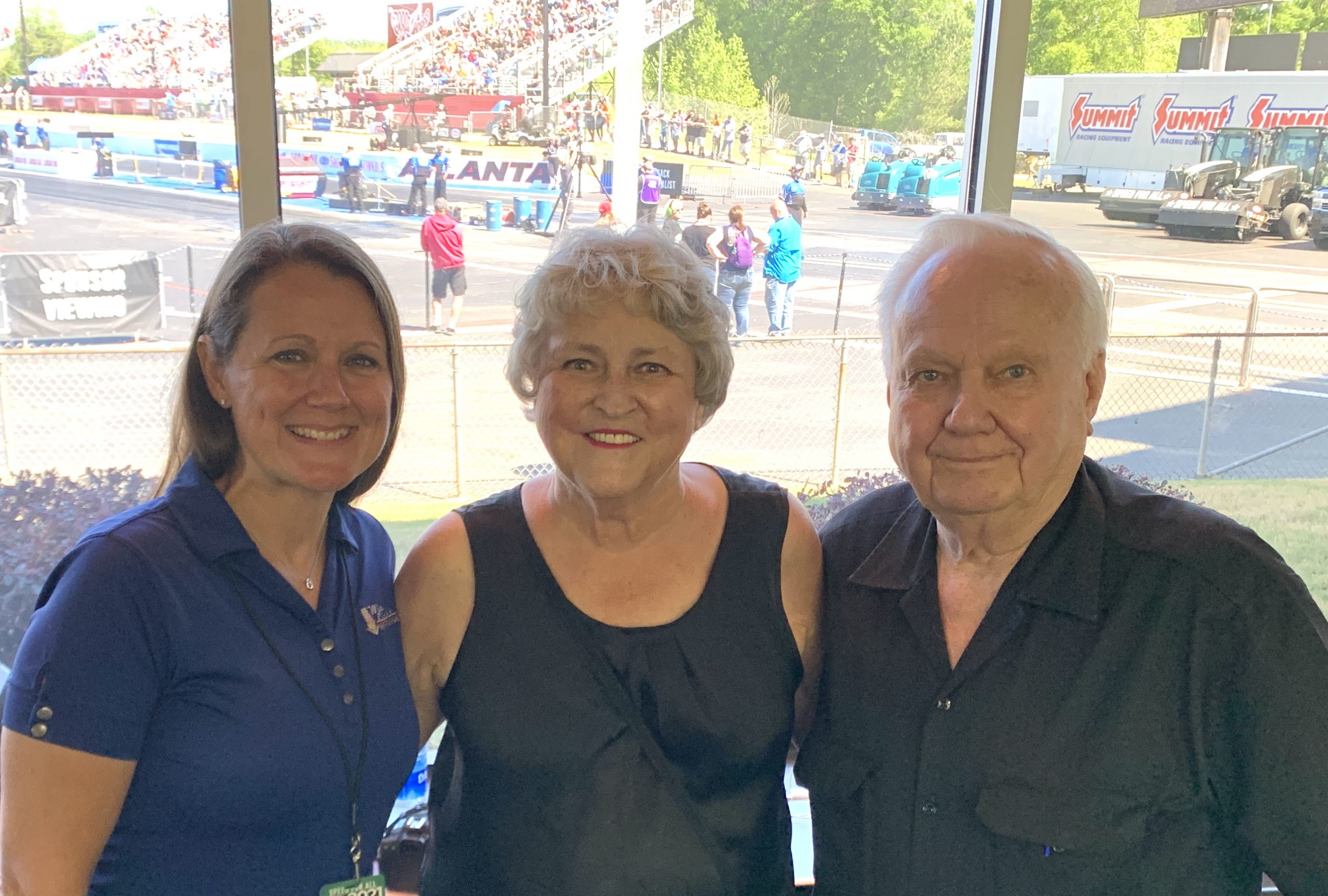 A dream two years in the making is now a satisfying, successful reality for Kelly Wade. The veteran and talented drag racing journalist’s first book officially came out in late May and the reviews for Drag Racing’s Warren ‘The Professor’ Johnson: The Cars, People and Wins Behind His Pro Stock Success have been spectacular.

It’s a deep and comprehensive look at Johnson’s incredible career, completed after hours upon hours of thorough research and work. Wade started the book in July of 2019 and finished the first draft of the manuscript last May. After edits and reviews – along some frustrating COVID-19-related delays – the book, published by CarTech Books, was officially released on May 20.

Not only has it been extremely well-received, the book has been wildly popular. It has consistently been atop the Amazon charts in a number of categories, including “Hot New Releases in Automotive Racing,” “Automotive History” and “Automotive Racing.”

After a long career writing about drag racing, this next step has been thoroughly satisfying for Wade.

“I knew I was going to be a writer from the time I was a little kid, and having the honor of writing Warren Johnson’s biography really solidified that for me. I’m right where I belong,” Wade says.

Wade, who is already in conversation about her next book, talked with Drag Illustrated about the writing process, spending considerable time with Johnson and her reaction to the book’s praise.

When you actually received the physical, finished version, what was your reaction? It had to be a special feeling.

Oh yeah, it was awesome. I don’t think it actually felt real until I held the book in my hands. My husband [Patrick Topolinski, technical producer and co-host of Engine Power on PowerNation TV) got the mail and brought me the package, and as soon as I saw it, I knew it was going to be the advance copy. I tore it open and could not stop smiling. I think I had been afraid that it wouldn’t turn out or wouldn’t look right, but once I saw the book, I thought, “OK, this is really, really cool.” 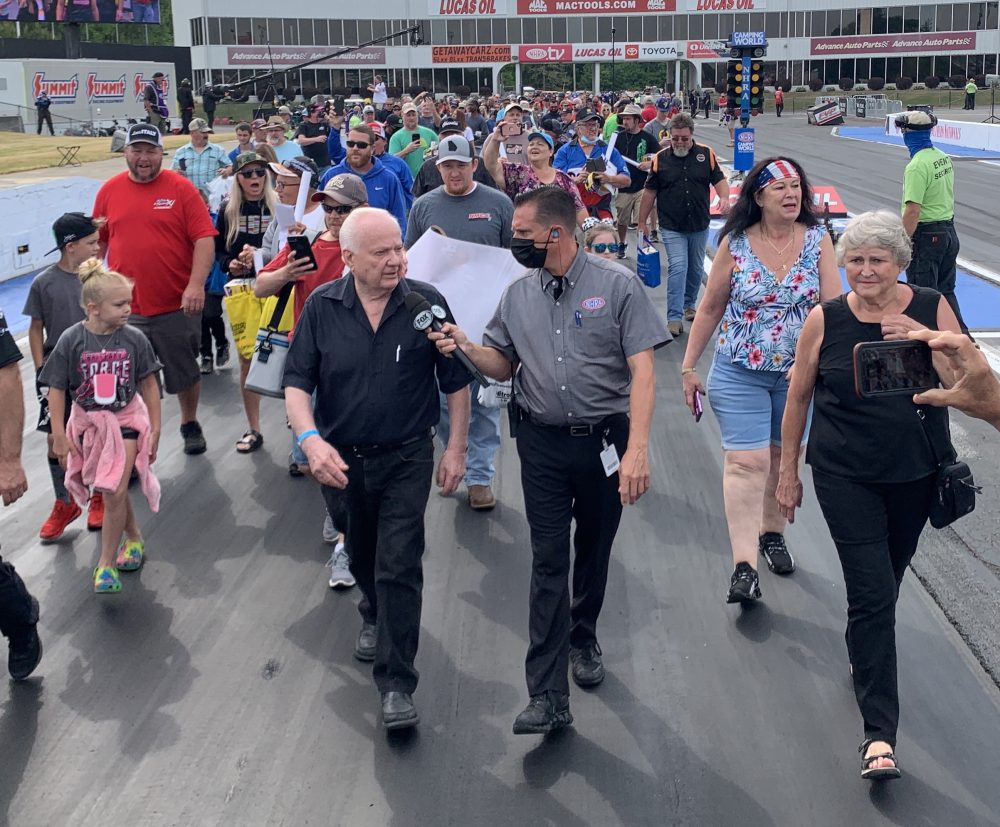 You obviously got to spend a lot time with Warren and his wife, Arlene, during this process. What was that experience like?

Spending time with Warren and Arlene turned out to be my favorite part of writing the book. They were so kind to me from the beginning. I had written about Warren Johnson plenty of times before as a drag racing journalist, so we had a working relationship prior to the book, but I always held him in such high regard.

I don’t think I even called him by his first name until we were well into the writing process. Warren and Arlene truly took me under their wings and welcomed me into their lives — their home, their race shop, and their seemingly endless archives of photos and memorabilia.

As you went through this process, what were some of the biggest surprises you encountered? Were there major differences from all the previous writing you’ve done?

I grossly underestimated the amount of time it would take to research a book of this stature. I knew it would require great devotion, but you truly don’t know what that means until you’re in the thick of it. Warren Johnson’s career was so much more than just NHRA racing, but figuring out how to dig deep into his history of racing other sanctioning bodies was something I didn’t initially consider.

Thankfully, I love the process of research, and I’m a complete stats nerd, so it was all enjoyable work, but it was tricky sometimes, especially when you’re trying to nail down facts and dates. I hit a lot of dead ends and went down a lot of rabbit holes in the process, but it opened my eyes to a lot of really cool areas of drag racing that I hadn’t known about before. 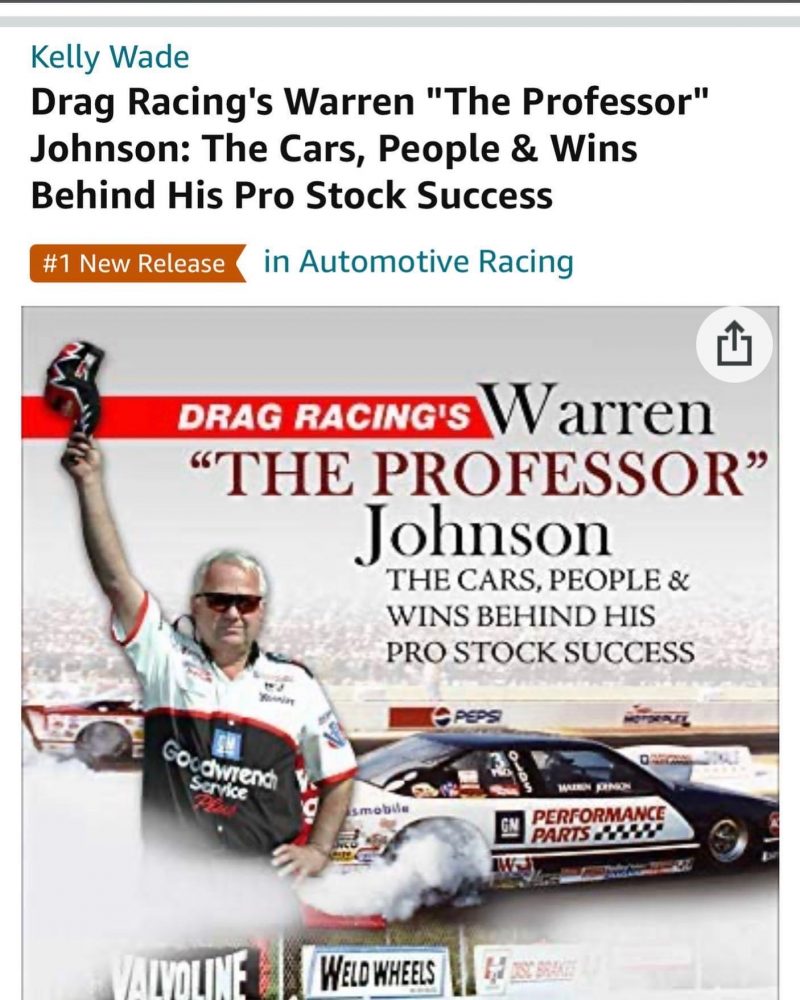 Without giving too much away, are there any particular WJ stories that really stood out when you went through this, or are there things you can’t wait for people to read?

There are some interesting stories from his early days in NHRA Pro Stock that made me smile big. The secrecy of research and development has always been one of the coolest things about this class for me, and it was super fun to hear how folks sometimes tried to figure out what, exactly, he was doing. I will also say that the first couple of chapters dive into his childhood and the very beginning of his interest in racing.

That, to me, is something I am excited to share with readers. We all know he’s the “Professor of Pro Stock,” and most folks deeply respect his accomplishments and what it took to get there. Those early chapters give some framework to that success and show how human Warren Johnson really is.

The interest in the book has really taken on a life of its own. Seeing all the praise from fans, as well as that initial success, how satisfying has that been?

I’m not sure what I thought was going to happen, to be honest. I was completely stunned by the response – not because it was positive, but because it was so much. For a little while, I was really nervous – like, “How do I live up to this? How can I make sure I don’t fail all of these people?” Everyone is watching, you know? But I had an interesting discussion with a friend who is also a writer in this field, and he sort of shook me out of that.

Not everyone is going to love this book or the way it was written, and there will for sure be people who want to pick it apart and think that they could have told Warren Johnson’s story better. But I was the one entrusted with this responsibility, and I put my heart and soul into it. I am so proud that I had the privilege to write not just any book, but this one in particular, and to see it succeed already is one of the coolest things that has happened in my career.