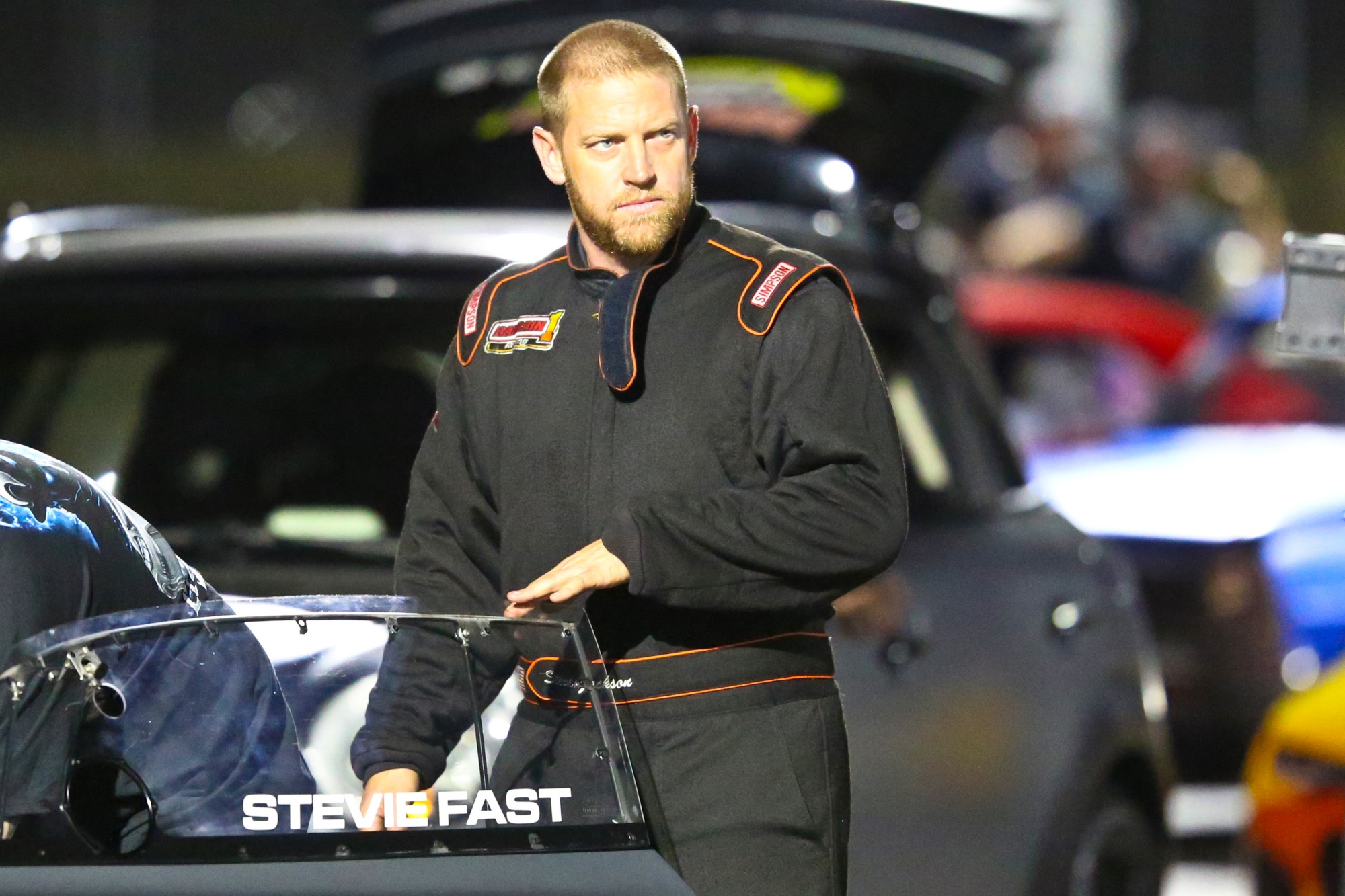 Stevie “Fast” Jackson has been able to get his Radial vs. the World fix during this ongoing COVID-19 public health crisis, but the reigning NHRA Pro Mod world champ is still waiting to scratch that Pro Mod itch.

He’ll finally get that chance in July when the NHRA Pro Mod Series finally starts its 2020 season. It will be an absolute hectic pace with 12 races between July and the end of October, which will be a daunting challenge for even the likes of Jackson. But Jackson has remained steadfast in his belief we need high-speed Pro Mod racing back – if for nothing else so team owners and drivers don’t get used to the alternative.

“Anything that’s fun is dangerous and costs a lot of money, so we don’t need Pro Mod race team owner A to sell his race operation and go bass fishing, or go on the golf tour,” Jackson says. “Once you do that, you cannot race at this level, I don’t think, and definitely not be successful. At the end of the day, drag racing will survive, but it’s going to be different for the rest of this year. We’re going to all have to adapt and be creative.”

Jackson talked with Drag Illustrated about how his team has become more efficient and why it was important not to furlough or lay off any of his staff.

After the crash (at the World Doorslammer Nationals in March) you’ve had a lot of things to work on. Do you feel like you’ve made the most of this time?

Nobody wants to go through this. I would rather us not have to go through this and have no race car than to be where we’re at, and it’s definitely testing our resolve. We are using our time wisely to get our NHRA car repaired and get ready for competition. At the end of the day, we’re a race team and we’re supposed to be on the track. 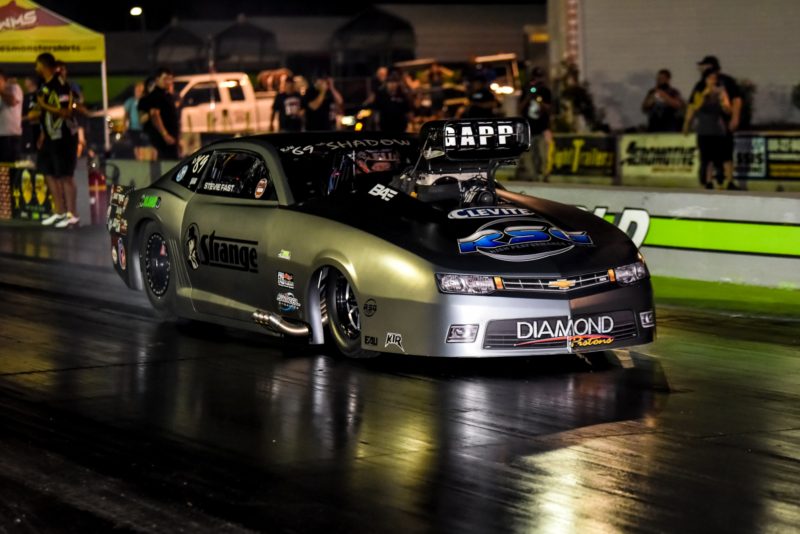 This down time gives you time to tinker and explore making changes. Do you feel like that will pay off once we do get back to racing?

We won’t know until we get back on the racetrack. There’s a lot of stuff I’ve done to that effect in the offseason. We were geared up and ready to race. This additional downtime, yes, I’m exploring ways to be more efficient. The majority of our time has been making the racing operation itself more streamlined and more efficient.

It’s going to be harder to race this year than ever before. We’ve been trying to foresee problems we’re going to have when we get going and making sure we have enough engines and enough parts so we’re ready to go.

When you talk about making the race operation more efficient, what factors into that and what changes do you make? 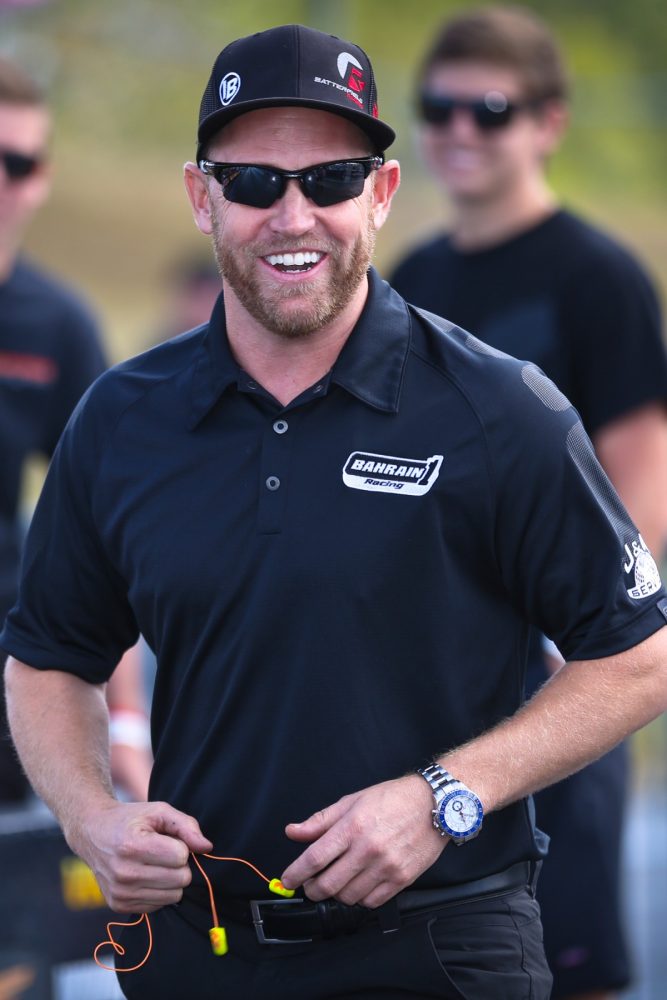 Everything from the time we start loading in the shop to the time we’re unloaded at the shop, I’ve looked at it. I’ve spent a lot of time on different things. I didn’t furlough my guys, I didn’t cut their pay, I didn’t send them home during this and we’re going to continue to do that, but in order to do that you’ve got to find stuff to do.

So we sat down and made a spreadsheet with everything that’s a pain in the ass about drag racing. One example is, the biggest pain in the ass of setting the pits up at the track is the awning. It is labor-intensive, it takes about 30 minutes, it’s heavy. What I’ve tried to do in this off time is everything that makes my guys tired and doesn’t make that race car faster, I’ve tried to make it easier.

I built an awning rack that mounts to the wall that pulls the entire awning on a cart on wheels at one time. This is something I never would have done had we not had this. We put all new lighting in the trailer, made new service carts for all the toolboxes. It’s not really one major thing, it’s a bunch of little stuff to ensure when we hit the ground running, we’re ready to go. If I can keep my guys healthy and not worn out, the race car will end up in the winner’s circle more. That is my theory.

You mentioned not having your guys go on furlough or having to lay them off during this time. How important was that to you?

It’s my No. 1 priority and it’s the No. 1 thing I will not bend on. Everybody says our team is like family. Well, times like this shows you how much your actions stand behind your words. I can’t jump up and down and say this team is my family, and then two weeks into this deal tell them they’re fired. I’m not going to do it.

I told them as soon as this started I’m going to pay them their salary until I go broke and then we’ll all quit racing together. It’s a huge financial undertaking, but you cannot replace the talent that I have. A lot of teams that have let people go are going to find out that the thing that made these race cars run is people.

Yeah, they need money and parts and a good driver, but the people that take them apart and put them together, that’s what makes cars win. Being fast helps you to win, but having the right people in the right spots, and knowing they have your back when times are down, that’s what enables you to win.