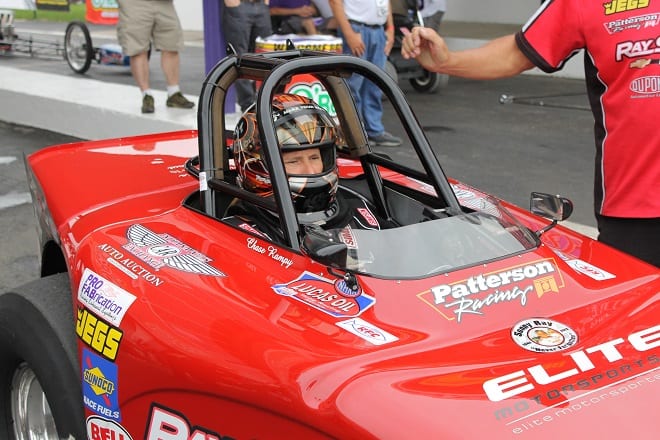 When it comes to Competition Eliminator and the health-and-wellness of one of drag racing’s most prestigious and revered sportsman categories, as well as one of its most confounding, there is perhaps no greater authority than David Rampy. Named one of NHRA’s 50 greatest drivers during their 50th anniversary celebration in 2001 (No. 42), Rampy, a resident of Piedmont, Alabama, has a staggering 91 wins to his credit, believes NHRA is “doing everything they can to keep the class around.” But he understands that the numbers aren’t looking good.

Word on the street is that Comp is dead. What do you say to those people?

I think the class has definitely declined and part of the reason behind it is, in my opinion, is because the class is very expensive to run. It’s hard to say but I really feel NHRA is trying to do things to help bring it back so I don’t think it’s dead, yet. The car count is down but I feel like the car count is down in all classes. It’s not only Comp and I know they keep putting all the emphasis on Comp’s car count but look at Top Fuel and Pro Stock – it’s the whole sport. NHRA seems to be doing things to help revive Comp and maybe that’s why there is such an emphasis on the class but I don’t think the class is dead yet.

What do you think it’ll take to get more racers back into Comp?

That’s a real good question. There’s a lot of people searching and trying to figure out what would bring more cars to the class. Bottom line, I feel it’s money. I truly feel the class started to decline when they went away with qualifying money. Comp is, to a degree, like the pro classes. If you don’t have a fast car, then you’re not likely to win so when they took away the qualifying money, the guys that were probably not capable of winning without some luck quit coming. When that money was taken away, a lot of racers stopped coming because although the money wasn’t much, it would sometimes pay for their entry fees at least and it made it worth it. The quality of Comp cars is still there. There’s fast cars everywhere but there just isn’t the quantity like there used to be.

How has the class changed since your first win in 1989? 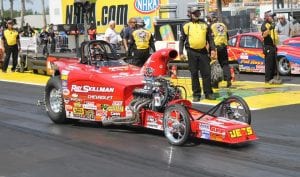 The one thing that has changed since that first win is there were few good cars back then and now there are quite a few good cars out there capable of winning. I think when I first started racing Comp, the emphasis was on performance more than driving and now it seems that that has changed and now there’s a huge emphasis on driving and cutting a light. I’m not taking anything away from the Comp drivers back then but I think they realized that if they got a good light over their competition, it was the same thing as horsepower or performance. Comp is really competitive on the driving end now. Yes, Comp is first to the finish line but the starting line is real important too. The cars are faster than they’ve ever been; back in the day, if you could run 50 or 55 under the index, you were a really fast car. Now everyone can go 55 or 60 under and it’s normal.

What is your favorite win in Comp?

To be honest, my first win was my favorite win and let me explain why. Most of my racing before that 1989 win was in my car or my father-in-laws car. My first ever NHRA win was in a Super Stock car that belong to my father-in-law. That ’89 win, I drove for Harold Stout and I had never flown on an airplane before and I flew in for that race and I won it. I was almost like a fly-in driver. That win will always be special.

What do you think has been your key to success in Comp?

I’ve always said being surrounded by good people is a big part of my success. Since my first national event win, we’ve had Patterson Motors in my cars and all my Comp wins have been with them under the hood; they’ve always built us great horsepower. When I stared in Comp, I wanted to focus on focus on my driving. I think I opened people’s eyes to the fact that if they drive the starting line, they can win. As they say, I got in on the ground floor of trying to be a better driver and drive the starting line and I contribute that to having good equipment, good sponsors and being able to have all of it along with good people around me. That combination all together has been a key to my success.