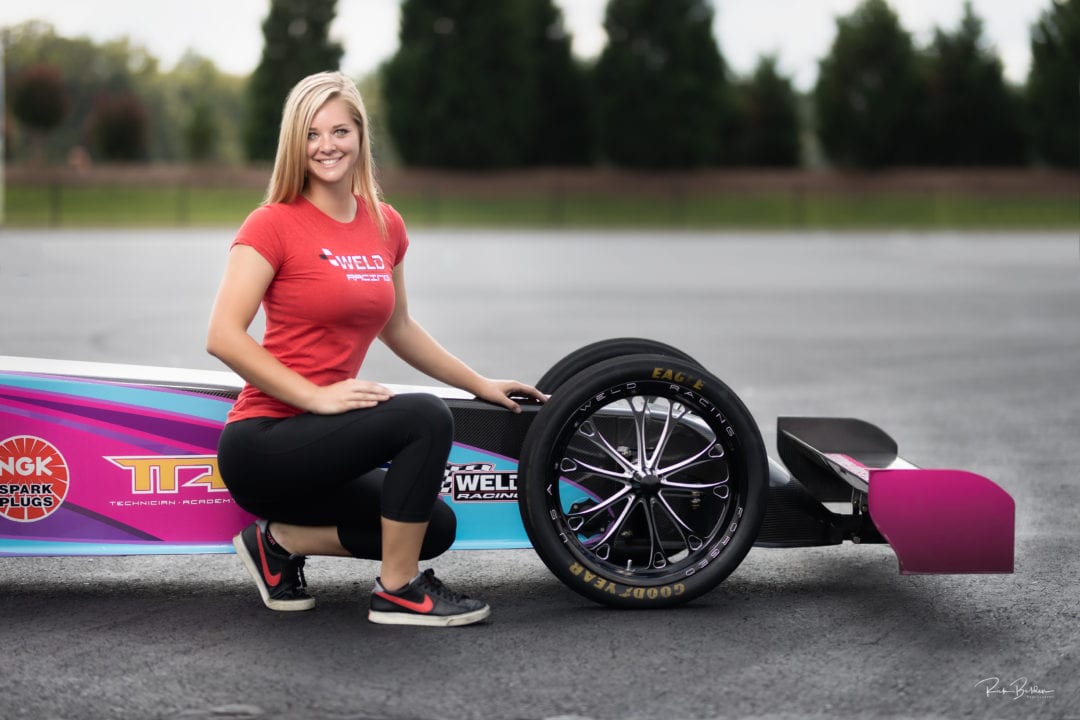 The 2018 awards banquet for the 2017 NHRA Central Region season was a night I will never forget. It was a dream come true to walk on stage and receive my first Wally for a nearly perfect Championship year in Top Alcohol Dragster, a moment I have dreamt of my entire life. In addition, I was awarded the Pro-Sportsman Driver of the Year for the second year in a row, a true testament to the efforts that our team puts in every single weekend. 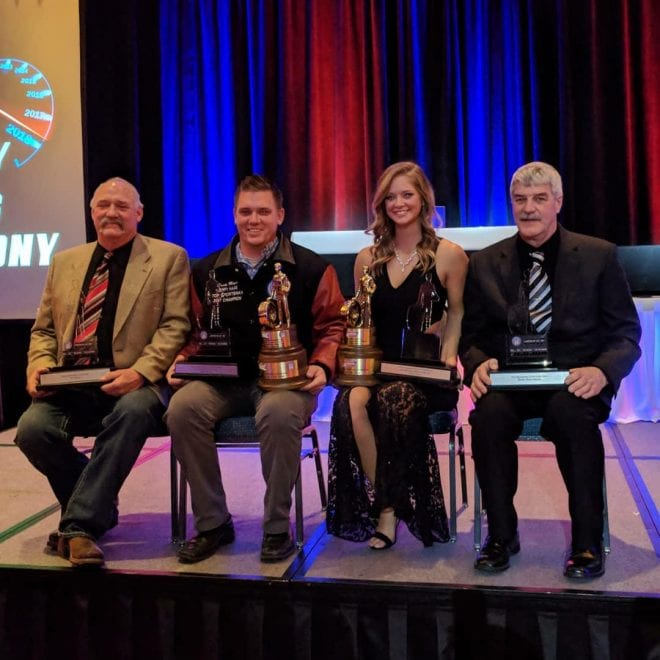 Each of these special awards are given to those for their performance in 2017, and are nominated and voted on by our fellow racers, which makes it so special to think that they believe in the Meyer family, and although we try our best to beat each other on the track, we are all extended family at the end of the day. That is what Sportsman drag racing is all about. 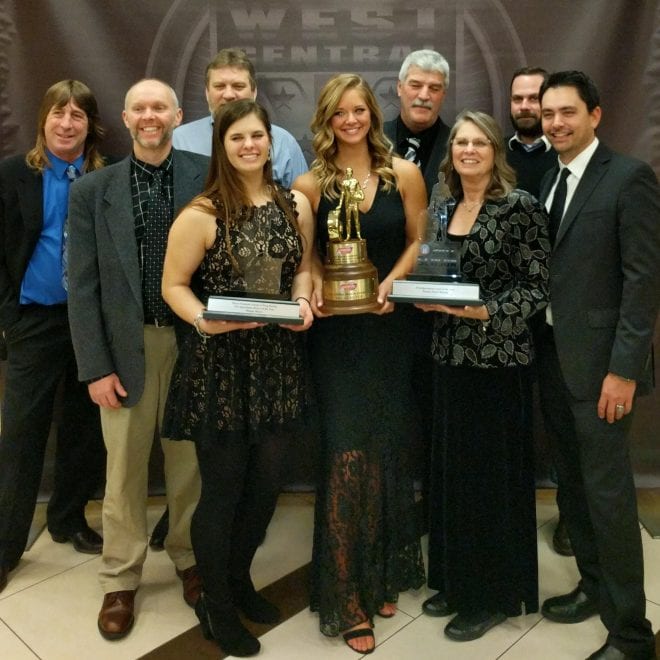 To recap my 2017 regional series, I kicked off the year in Gainesville, Florida, for the Eastern Regional race the weekend before the NHRA Gatornationals. This was my first race of the year and we just wanted to get comfortable before going into our first national event. We ended up taking home the win and started off the points series as number 1.

The next event was in Belle Rose, Louisiana, one of my favorite tracks to visit because of the Cajun atmosphere. We runnered-up here in 2016, so of course we had to do one better in 2017. I was able to score the event win alongside Annie Whiteley and the J&A Service Top Alcohol Funny Car team. I believe this was the first time two females in the Pro-Sportsman category have won at the same event. 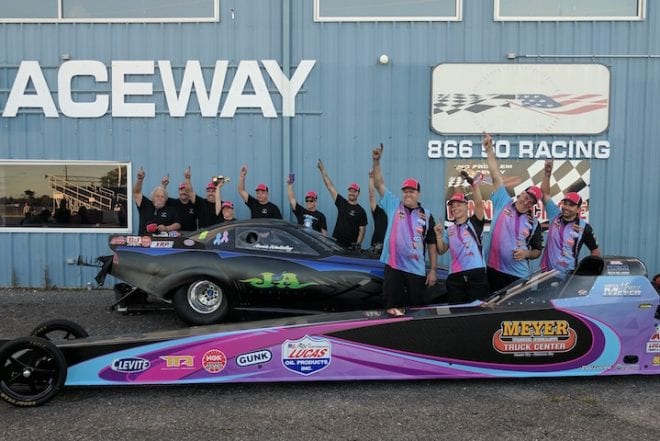 Now with two wins under our belt, we had a few months off before the next regional race in Tulsa, Oklahoma. The team has always done pretty well at this track, but the high temperatures usually beat us up all day long. We managed to make it to the finals, but fell short with a holeshot loss, one I will never forget. 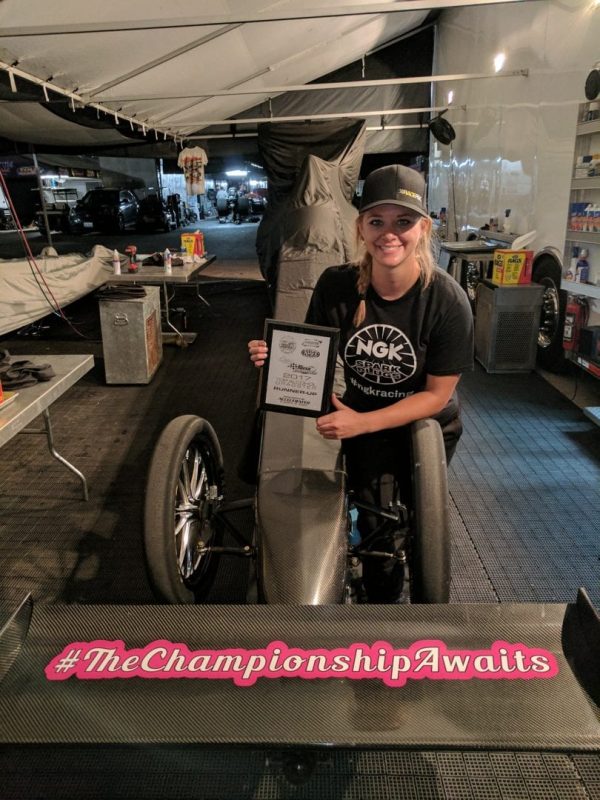 We still maintained our points lead going into the Topeka regional race at my home track that is now known as Heartland Motorsports Park. I have been racing at Heartland since 2004 and have NEVER won a race there, until now. It was very special to have my friends and family there to witness my first win at Topeka, and the moment we clinched the championship. 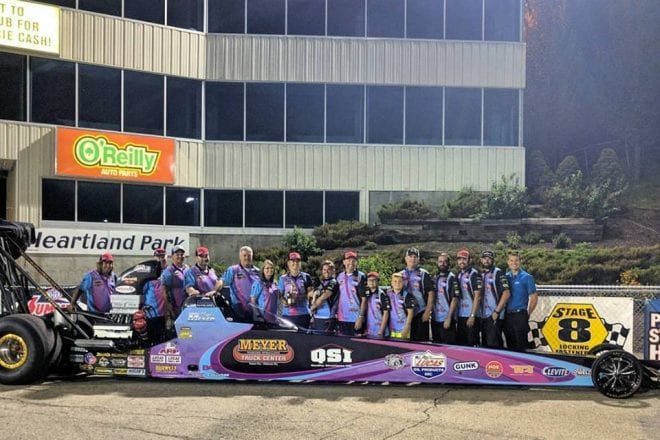 Last but not least, we traveled to Earlville, Iowa, where my dad won his first NHRA Top Alcohol Dragster race in 2001. We skipped the first qualifying pass on Friday so we could stay home and work an extra day, but we managed to make a track-record pass for our first pass in Q2. Unfortunately, I had too much nitro in the tank and we failed the fuel inspection (our maximum limit is 95.0% nitro, I believe we were at 95.5% – oops.) At this point we weren’t qualified and had only one last chance, so we backed it down and managed to make the field. We continued on and made it to the final round facing Mike Edstrom, who had been running quicker and faster than us all day. For some reason we couldn’t find the power without smoking the tires, so I knew it was all up to me to nail the tree and get a head start. That’s exactly what happened as I did a bad job of red-lighting with a .003 light for the win. 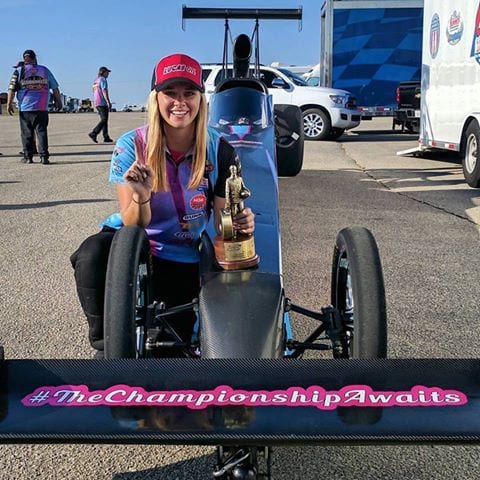 The Lucas Oil Drag Racing Series (LODRS) regional events are very important to drag racing, but it is a series I believe that is greatly overlooked. There is a big difference between the national and regional events, one being that Top Fuel and the other Pro classes don’t run at the regionals and there is no TV coverage. Also, NHRA unfortunately doesn’t promote the LODRS events, so spectator attendance is low. However, it allows racers the chance to not let the media and live coverage get in the way and focus on the core values of racing. The LODRS regional series is a separate points series than the national side, but your best 3 of the events do count for points towards the national series; hence the guys (and girls) that compete for the national championship also compete for the regional championship. 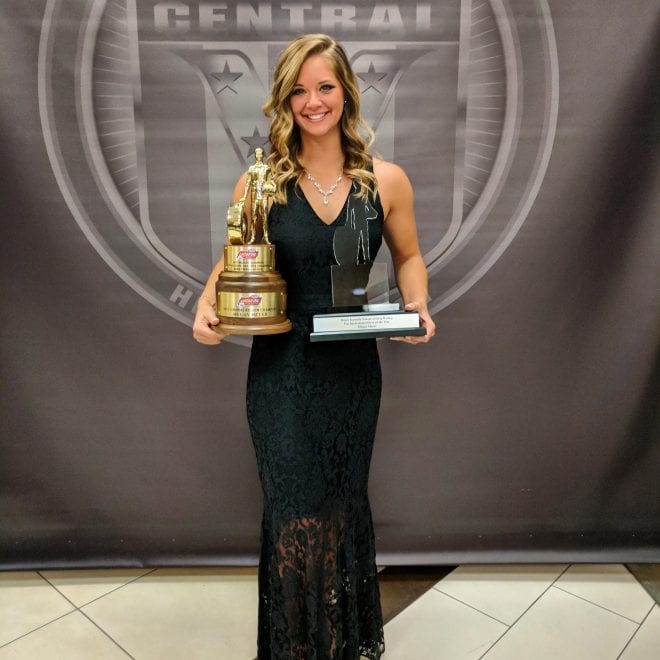 My goal for 2018 is to place first again in the Central Region, win the Driver of the Year award for the third time, and place first or second in the national series. My biggest competitors will be at almost all of my races, so I have to be on point every time, while also making sure that our other drivers do their job too. For my schedule, check out the new schedule and drop me a message of which races you will be attending.