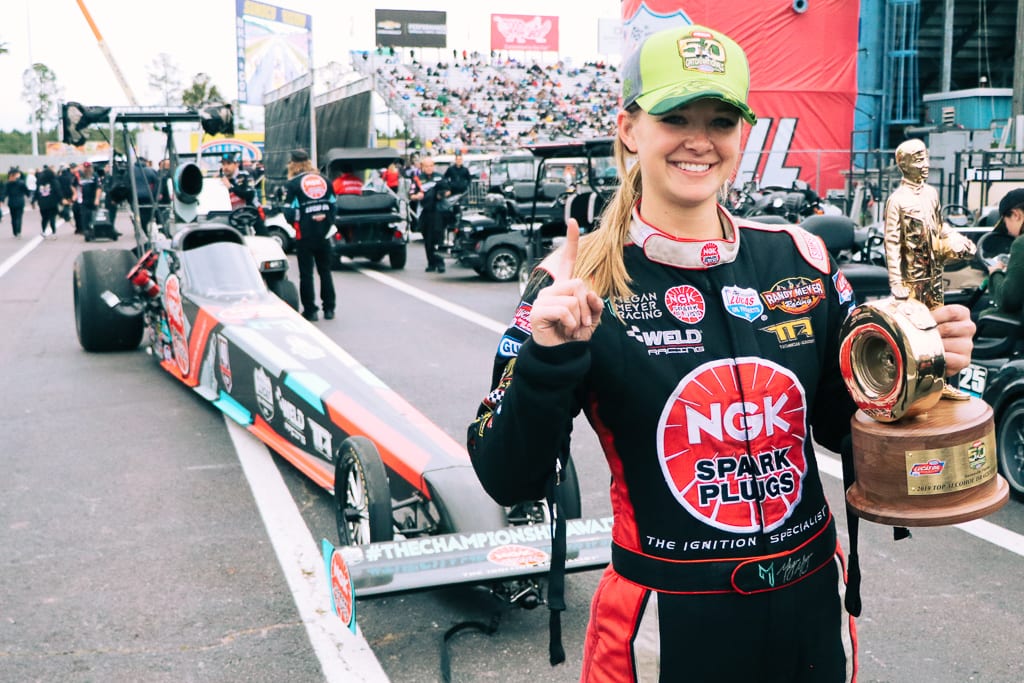 To say we won the 50th annual NHRA Gatornationals is one thing, but now being the winningest and fastest female in Top Alcohol Dragster is another. All three of these accomplishments can take a lifetime to achieve but it all came together for us in the same day.

It means so much to me to have our team in the record books for the A/Fuel class since we’ve been in this category of NHRA for 20 years now, and a total of 40 years in the drag racing world. I’ve worked hard to be at the top, and although we haven’t reached that ultimate world championship title yet, I know we will someday, and that day could be in 2019 if we continue to have this amount of success for the season. 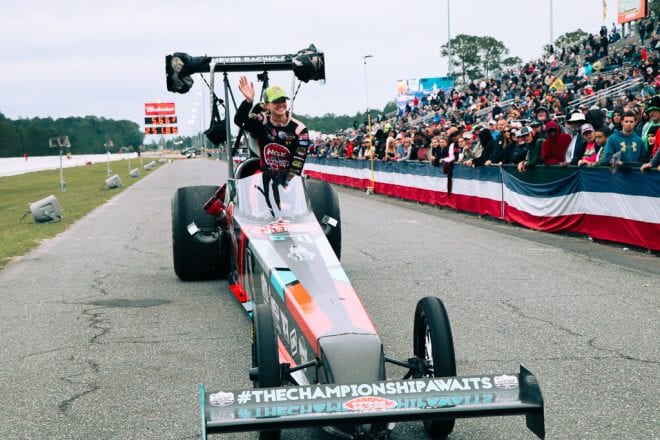 Redemption is our key word for the Gatornationals; we left Gainesville in 2018 because we couldn’t get the tune-up right and I could barely make a run down the track. I never won a round of eliminations and I didn’t even qualify for the Baby Gators regional race last year. But, this year is a different story and it’s funny how that happens.

We had some travel issues at the Regional race, including missing our flight home and being stuck in the Charlotte airport for six hours, but we were still in high spirits about reaching another final round and placing second. We went home for a few days to regroup and flew back down to Gainesville Thursday night with no problems this time. Friday qualifying was a little tricky for us, but with the track and weather conditions changes on Saturday we were able to power down the track with a 5.19 for the No. 2 position, while Julie’s best time of 5.30 was the 10th quickest pass. 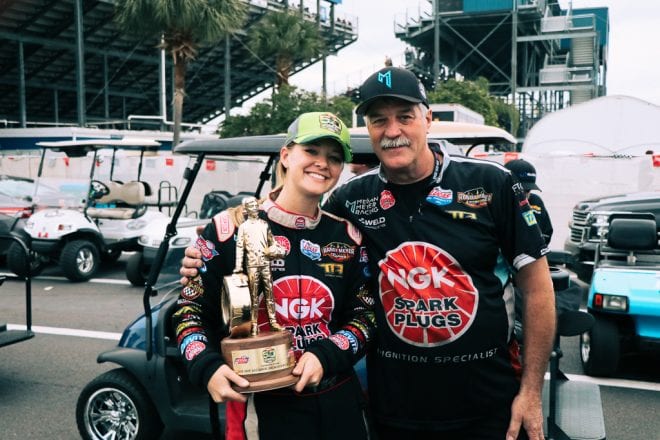 Because of the rain coming on Sunday, second round got moved to Saturday night for us. Julie and I both won first round, but we were lined up to run each other in second round. She shook and had to pedal it, but I didn’t have any issues and ran a smooth 5.17. We were able to repeat and run another 5.17 in the semifinals, and probably would have ran another 17 or 18 but I rolled into the stage beams deeper than normal in the final round. We finished the race off with a 5.20 at 285.35 mph, the second fastest run in Top Alcohol Dragster history!

To top it off, I got the news after we had won that my little sister, Rachel Meyer, had also won her first bracket race of the year back home! Although we were 1000 miles apart, we still parked two Randy Meyer Racing dragsters in the winner’s circle and my dad couldn’t be happier for us.

Catch the round-by-round replay on Fox Sports 2 Thursday, March 28 at 9pm ET and visit my IGTV for a behind-the-scenes vlog.