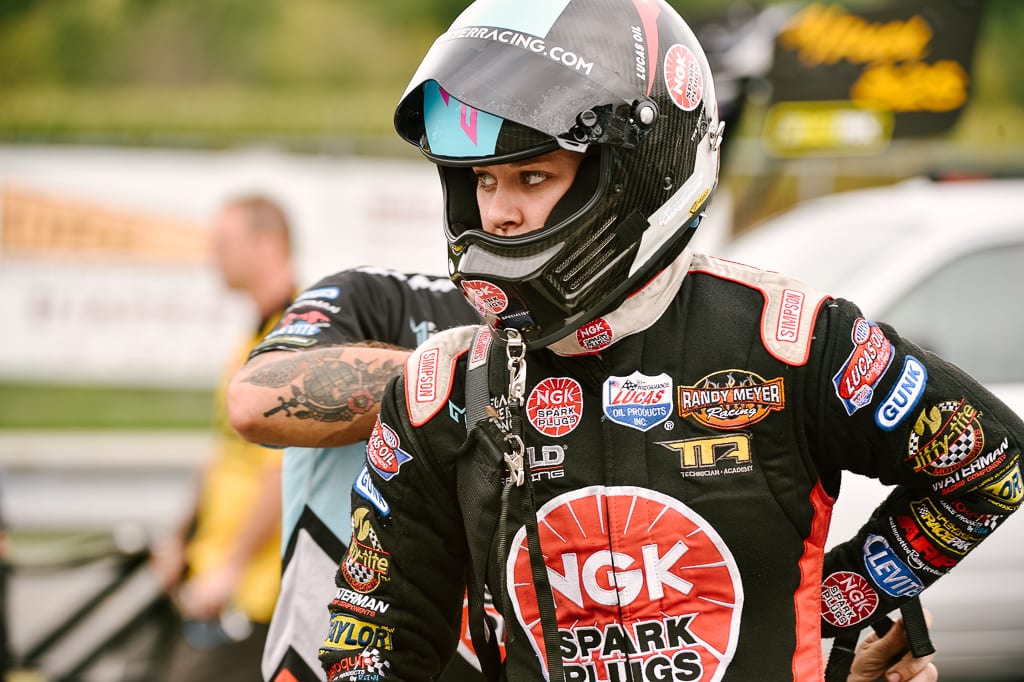 Why am I not in Pomona??

Ever since the beginning of the year, I’ve received this question. Whether it’s from new fans or old ones, it never fails that I get asked why I don’t attend every race. I hope this blog helps those who don’t fully understand how the Sportsman points system works in NHRA, and why racers don’t visit every race on the NHRA schedules.

According to the NHRA rulebook in Section 3 page 2-4:

“Each Top Alcohol Dragster and Top Alcohol Funny Car driver is eligible to compete for points at five regional and 10 national events. When a driver has competed in those five regionals and 10 national events, or the season ends at the Auto Club NHRA Finals, his or her best three regional and best seven national finishes will constitute the driver’s NHRA Sportsman championship points total.

“Once a driver has competed for points at a maximum number of national, regional, and/or divisional events, the driver may compete at additional events but will not receive additional NHRA Lucas Oil Drag Racing Series points.

“Non-qualifiers in Top Alcohol Dragster, Top Alcohol Funny Car, Comp, Super Stock, and Stock will receive 10 points regardless of whether an event is postponed and rescheduled.

“Each Top Alcohol Dragster and Top Alcohol Funny Car driver may compete for home-region NHRA Lucas Oil Drag Racing Series points at up to seven regional events and will be credited with points earned for their best five finishes including up to two out-of-region races.” 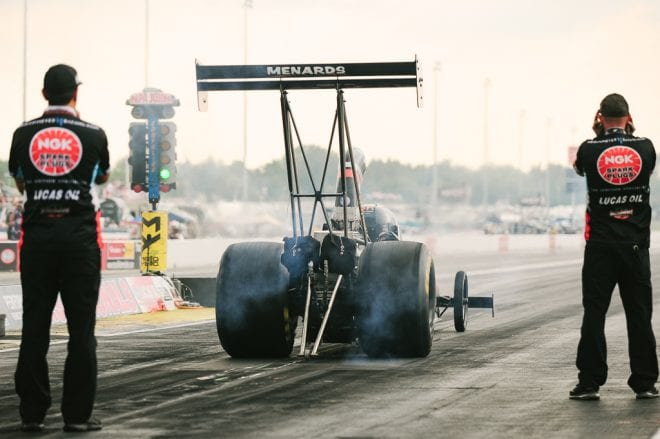 In 2018 I competed in 10 nationals and seven regionals, the maximum as stated above. Here is my points breakdown and how I finished third in the national standings:

As you can see, I finished the year with 615 total points, and placed third behind Shawn Cowie, who had 700 total points. With these numbers, we’re able to look at where we struggled and how that hurt us in the end. For example, the 10 points I received for not qualifying at Gainesville Regional made a big impact in the beginning of the year. It only left me with four races to win, which I was only able to get one win within my first five (#9). My second regional win, #15, does not count towards the national points series because it was my sixth regional race. If I had won three races within those first five, I would have ended up with 678 total points, which would not beat Cowie’s 700. 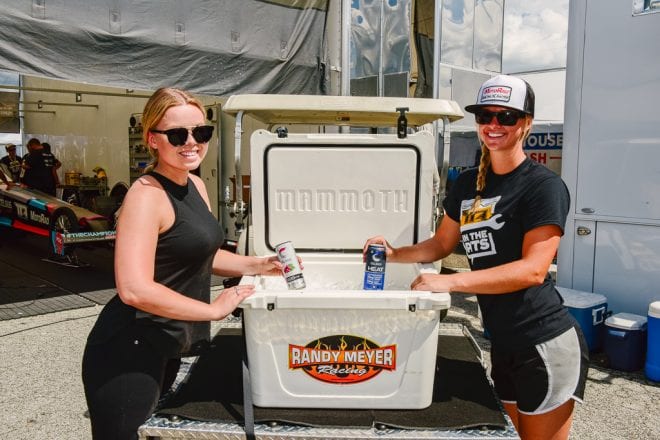 There are many reasons why we run two cars with multiple drivers at each event, but one of the reasons is to help block points for each other. With our team being able to race at Pomona this weekend with Julie and Matt driving, they have the opportunity to get as many points as possible without having to race against our other teammates, and can knock out some of the hard hitters like Shawn Cowie and Joey Severance in eliminations (if they get the chance to race) so those guys can’t get the maximum number of points.

Our goal at the end of the year is to have all of our drivers compete at as many races as they can so we can all place towards the top. Unfortunately, there is no prize money for the end of the year if you place third or below, so our main focus this year is to have at least one of our drivers finish first or second in national points. #TheChampionshipAwaits

To see the full schedule for the Randy Meyer Racing Team, and who will be driving at which event, visit our website here. There are 16 national events that Top Alcohol competes in, and we will attend 15 nationals with multiple drivers this year (the race we are skipping is Seattle). My 10 include: Gainesville, Houston, Charlotte, Chicago, Topeka, Norwalk, Brainerd, Indianapolis, Reading, and Charlotte. Dallas is my backup national event I can race at if I chose not to attend one of those listed or if one gets cancelled.

So, to answer your question, I am not in Pomona because I chose to race at a different event where I know I can finish well and maximize points to win the championship.