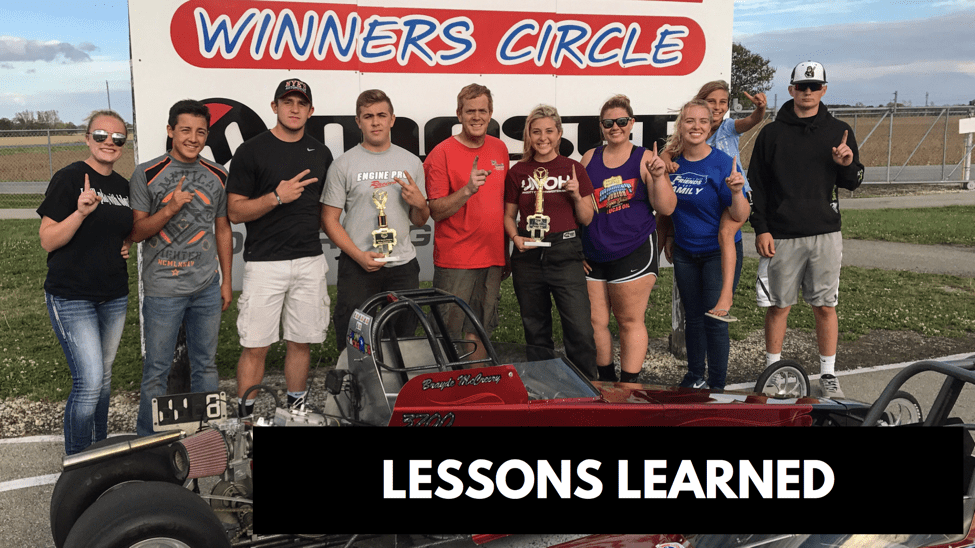 As many of you know, my brother Brayde and I used to share a Jr. Dragster and alternate between who is driving every other weekend at Muncie Dragway. You can already imagine the arguments we had and the trash-talking we did at the pit. Even through all the arguments, we were still rooting for each other like no other brother and sister.

After one year of going back and forth with the same car, Moser Engineering let me race their Jr. Dragster so Brayde and I could finally race on our own. And let me tell you what, we were ready to race each other. But Dad wanted one of us to be at the front of the staging lanes while one of us was at the back, to avoid racing each other for the chance of us both getting further into the race. At the time I was 14, I just wanted to beat my brother. But as I got older I understood what dad was trying to do. 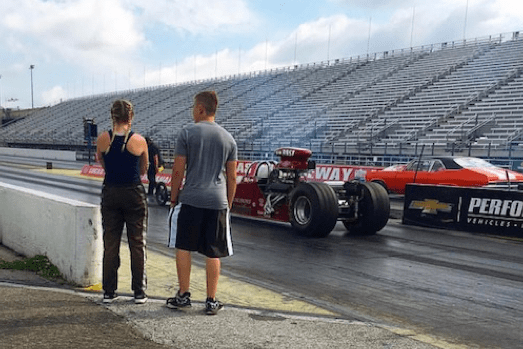 That worked out in our favor most times, and Brayde and I had around five or six finals with each other. And depending on who you ask, I won most of the finals. If you ask Brayde, he will gladly tell you he won more often. But I wouldn’t ask Dad – that’s a shark tank he does not want to put his hand in. But Brayde definitely had his fair share of winnings overall; I would say our number of winnings was pretty close.

I remember the very first race Brayde and I had with each other. It was at an old track in Cincinnati, Ohio, called Tri-State Dragway. We went there pretty often, and I loved it because that was the only track we traveled to at the time. And little did I know that some of the Junior racers there would become some of my really good friends today. It was Fourth of July weekend of 2014, and Brayde and I drew each other for first round. Oh I was so ready to finally race him, but I am not sure how he felt at the time. Knowing my brother, he was probably as ready as I was. I was very nervous because I already knew Brayde would go back to school the next day and tell everyone that he beat me if I lost to him. At the time, that was a big deal to us two because we were young and always at each other. 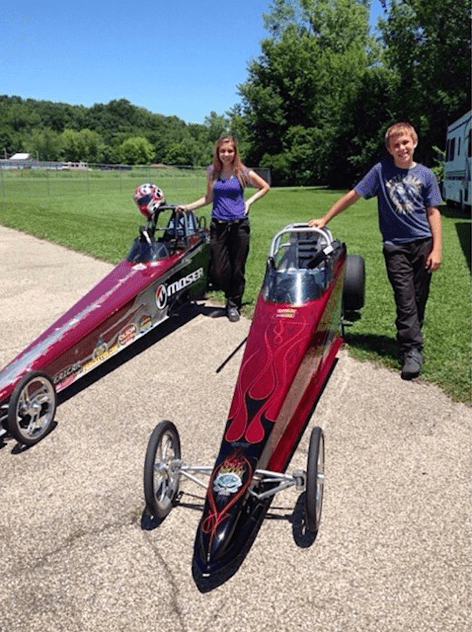 I ended up winning that race against him, and then runnered-up in the final that day. But I learned a huge lesson that day. He and I needed to start communicating with each other about our races. I noticed something he was doing very wrong that cost him the race. If I did not race him and catch what he was doing, it would have been awhile until we realized why he was not doing so well. And that is nothing against him – we all make huge mistakes in racing – but we learn from them and it makes us better racers. I mean I still make mistakes today that are so dumb that it makes it look like I don’t know what I am doing. If you do not make mistakes like that, I don’t know how you grow as a racer. The picture with us two by our cars is from that exact day of our first race. 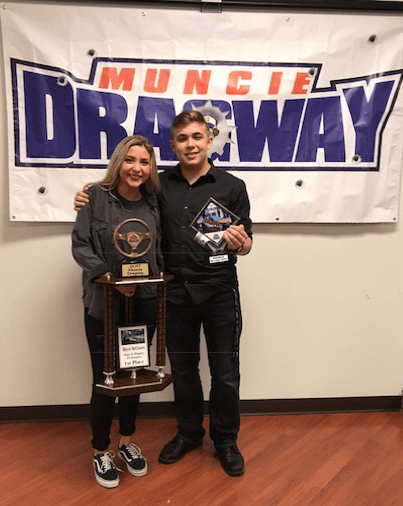 We grew up still at each other, but more supportive than ever. We fought at the return road waiting for dad to come get our cars, we bickered who was going to be at the front of the staging lanes that day and who would be at the back and we argued about who was going to win points that year. That is part of racing with your sibling. I don’t know about all siblings, we could just be the weird ones that supported each other more than anyone and at the same time want to strangle each other.

Now, he is in Guam serving our country in the Navy as a Corpsman. We are still proud of both of us, and I am sure he is going to want to keep up with my racing over here like I am keeping up with him saving lives over there. I am going to miss those days at the track racing with him, because it was so awesome to race with your family with Dad racing, too, and Mom there to give you “the look” when you screw up that last round.