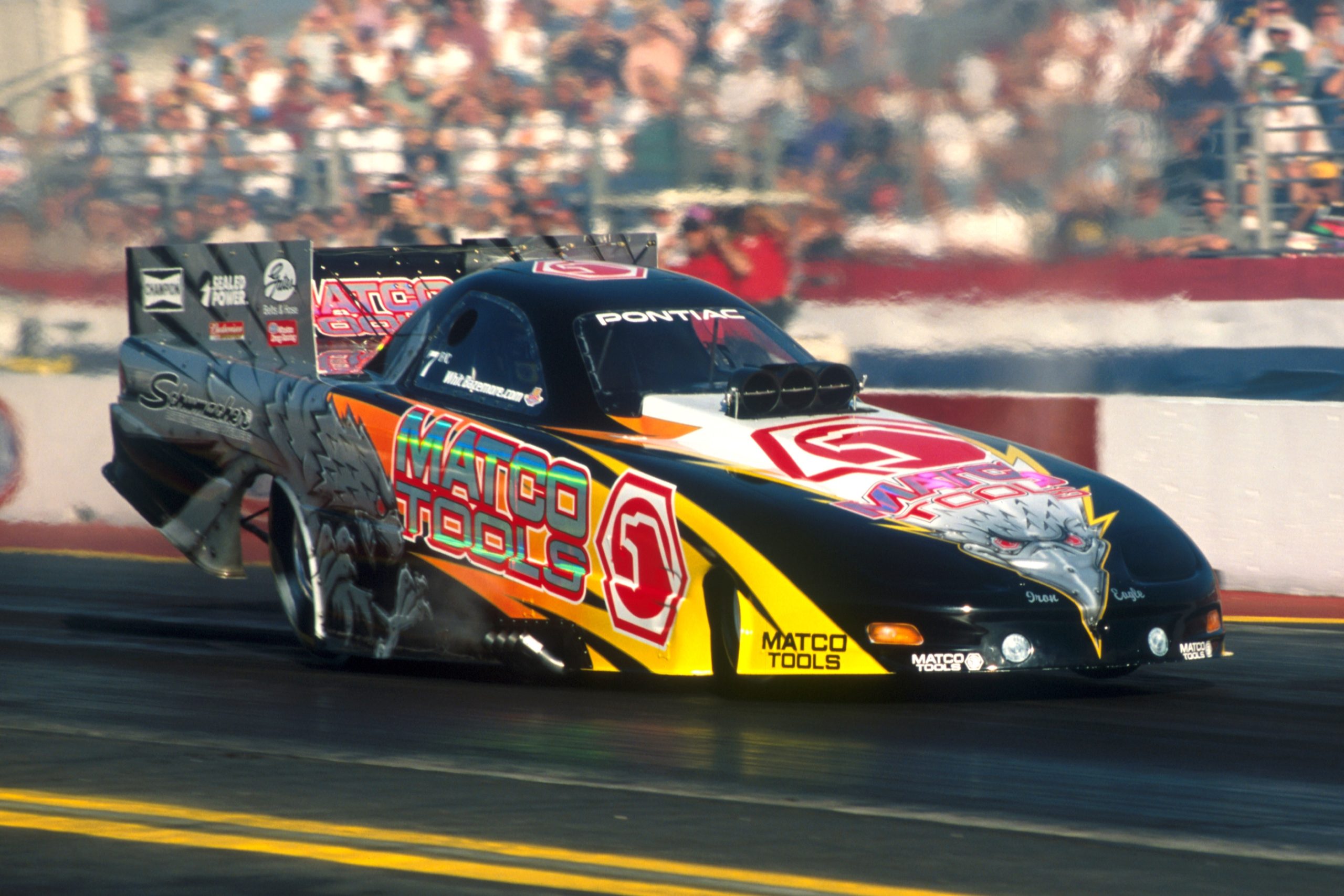 My first year with Don Schumacher Racing we went out and developed a super-cool body, a Pontiac Trans Am, with some help from some aerodynamic people. It was pretty secretive and took a lot of effort. Don funded it all and we thought it would give us an advantage, and sure enough it did. We did well, not with that body, but it tested well.

So we went into Indy with a really good tune up, a good hot rod, and so we’re all set. We’re feeling good. We go out Friday night, the first qualifying session, and we set the national record, 4.75, and we’re the first car to go 325 miles an hour. We all looked like geniuses, especially Lee Beard, my crew chief. He looked like a genius.

We had the body all covered up like Beard and Ormsby did in the late ‘80s, all that stuff. So we kept the car cover on the body in the staging lanes and we didn’t take it off until we started the car, but really I think it was just Beard being Beard.

We went out the first run and we had this huge pass. We knew we’d run well; there was no question about that, but to sweep both ends of the national records was not all that expected.

We were in the right hand lane and I remember when the thing got down to about half track, it started making this huge nose over to the centerline; it was just turning left like crazy. I had the wheel cranked to the right as hard as possible. I was like, ‘What’s going on with this thing?’ 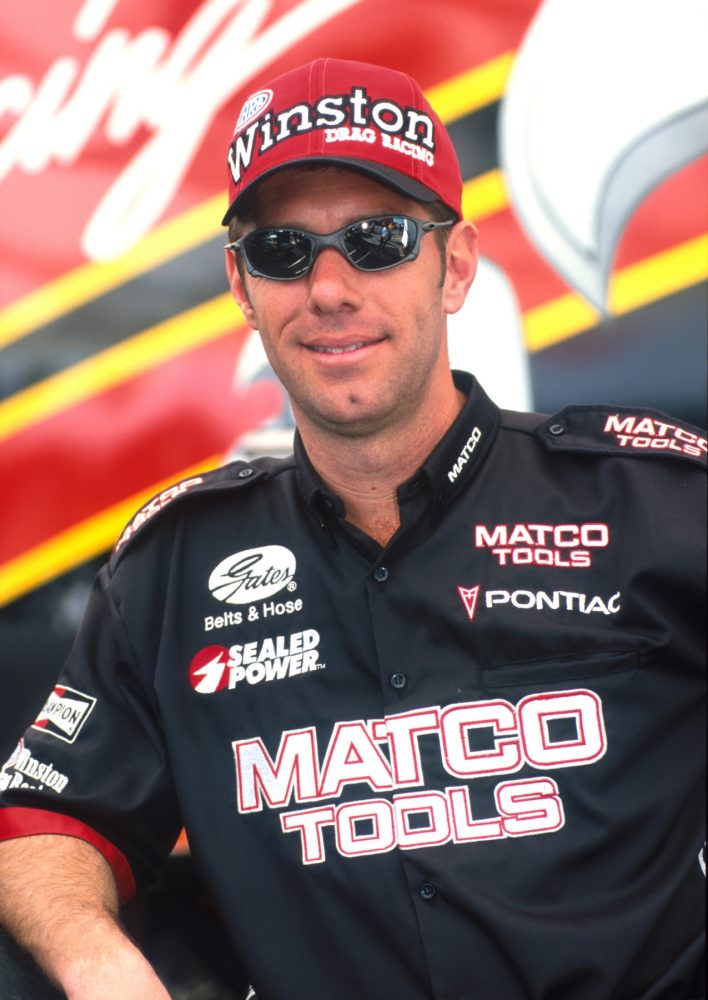 Well, you know back in 1993 or 1992 maybe, at Pomona at the Winternationals, we had Force in the first round and we ran 5.11, which was pretty darn quick at the time. Anyway the car did the same thing and we hit the last light cone. It just got out there and it’s running well, but it’s pulling one way hard and it didn’t make sense because it will do that when it has a hole (cylinder) out, but it’s not going to be running that well.

What had happened, a pin had broken in the body support on the front just behind the front tire and basically the wheel well in the front fender came down on the back of the left front tire. So not only was it like putting the brakes on that tire, it was actually pushing against it at the back to turn it and that’s what happened. So we ended up crossing the center line. I cranked the wheel as hard as I could to the right, but it was still going to the left.

So back to Indy, the car’s doing the same thing and I’m thinking it’s the body. A lot comes to your mind in four seconds, and I’m trying to figure out why it is doing that. It’s making a big nose over to the left. It’s Indy, it’s nighttime, it’s dark, you can’t really see. You just cross your fingers and keep the wheel cranked all the way, your arms are crossed, just get down there.

Well, it turns out half the rear spoiler had broken off and laid down on it. So basically we hardly had any drag because half the wing had fallen off. We ran this huge speed and everyone’s thinking, ‘Whoa, that new body is really cool.’ But you could have taken a brick and take all the spoiler off it and it’s going to run a lot faster than it would normally, especially at night, at Indy, on a real good track.

The lesson here is sometimes your greatest moments are a result of mistakes or a failure. Here we had top speed, the first car to go 325 and all this stuff; we’re all strutting around thinking we’re cool, but the fact is the wing had fallen off at half track so all of a sudden as they say in NASCAR, ‘It was really freed up.’

The really good thing is we won. We ran really well. We ended up low qualifier for that run and Monday morning, it was really odd. It was one of the most relaxed times I ever had at a race. But we won the race, so it was really cool.

I really didn’t have too many moments like that in my career. Other people have, where they’ve set low ET records and all this and then they go and win the race and win a championship. But I never really had too many of those moments, so winning Indy a second time and dominating that race just stands out. Just going there and being the dominant car, that felt really good and it was a credit to Beard and the team that we had all that success.