I was just working on a manifold, cutting pieces for it. It was on a Sunday and my parents had just left. I had a dull blade. That’s where it started. I was cutting on a 45-degree angle, pushing it through, and when it finally cut I had so much pressure pushing on it that I put my hand in the saw. Basically cut everything. I pulled my fingers out, jerked back, the top of my hand and that one finger just came down and I was like ‘Oh, shit!’

It’s the finger next to my pinkie, my ring finger on my right hand. I’m left handed. When you really look back at it, it could have cut three of them off. I was really lucky. It was a big saw. It wasn’t a little bitty saw.

The first 10 or 15 seconds I didn’t know what to do, but then I realized I needed to calm down. I grabbed a towel, wrapped it all up. I had to grab the shop phone, because I only had one hand and it’s hard to open up a cell phone with one hand. I just grabbed the shop phone, set it down, and called my wife to tell her she needed to come get me and take me to the emergency room. 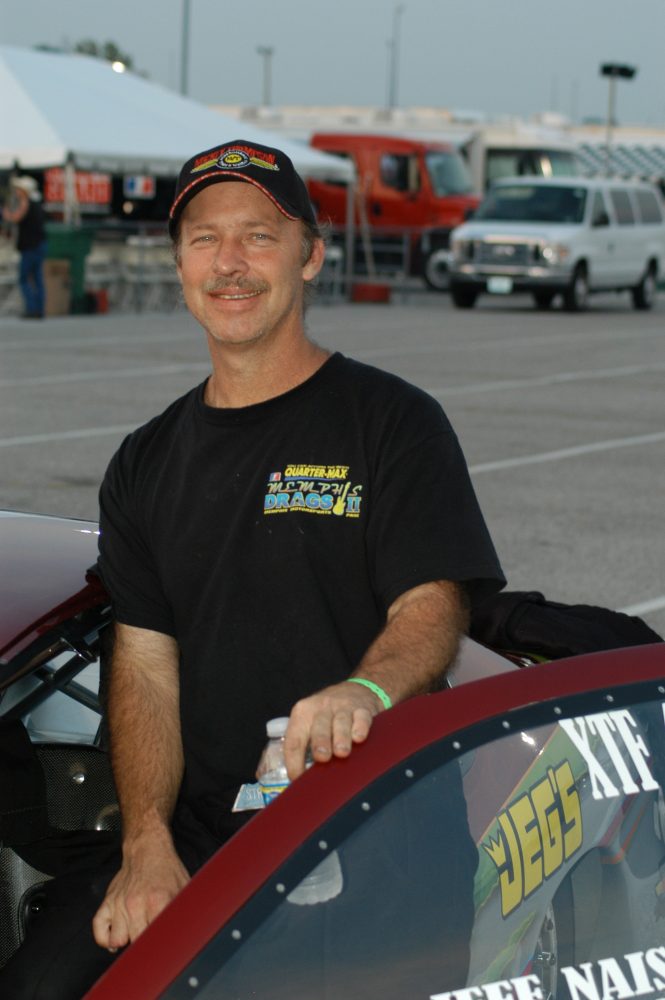 It seemed like an eternity before she got there, but it was really only a few minutes. So we went to the emergency room and we had to wait two or three hours. My finger really wasn’t hurting; I had it wrapped it up tight and it was up against the other ones. It never really hurt. They asked me what was wrong, what I needed. I told them I basically cut my finger off.

They took my blood pressure, and my blood pressure was so low they couldn’t give me any pain medicine. The doctor wanted to look at it, and that’s when it really started hurting. When I unwrapped it, it really started hurting. He looked at it, cleaned it up, and sent me to a room. The doctor came in and wanted to look at it. He said it doesn’t look good. I asked what that meant, and he said they’d probably have to go in and it would be where you don’t have it anymore. I was kind of bummed out about that. I asked what it would take to put it back on. He said my chances of recovery putting it back on weren’t very great; plus, if it doesn’t work out my finger would just stay stuck out and would never be able to fold back in.

I asked him, ‘Well what would you do if it was your finger?’ He said he would just leave it off. So I took his advice, because he said it would take like nine months of rehabilitation and if we just went ahead and took it off I’d be back at work and racing in two weeks.