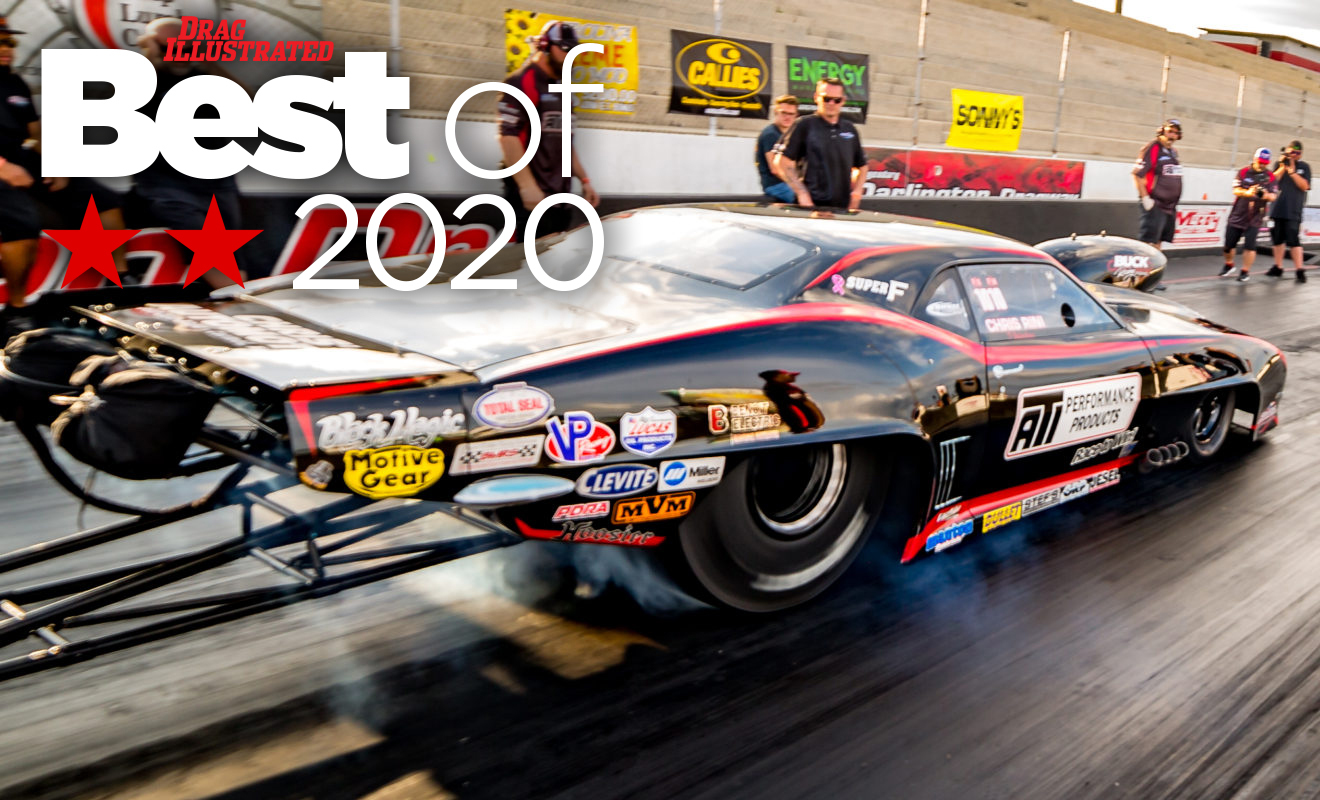 For weeks, dragstrips were silent. It was shocking, unprecedented and certainly troublesome for tracks across the nation.

The COVID-19 pandemic hit hard starting in early March, with the first blow the postponement of the NHRA Gatornationals – which were ultimately completed at the end of September. It was the first domino as the public health crisis sent shockwaves through the racing community, with tracks and series postponing dates throughout the spring.

Some promoters stood strong, while tracks fought to stay alive. Darlington Dragway was among the first to open its gates back up, holding a socially-distanced test session after getting government approval. It was unheard of before 2020 to even type that sentence, but it became reality for everyone during this wild year.

Speaking of Darlington, promoter Keith Berry was determined to hold his annual Woostock event at the track. He postponed the April date, but was determined to have it in mid-May. The prior weekend, Keith Haney and Todd Martin hosted fans at Tulsa Raceway Park for the annual Throwdown at T-Town, using a number of new protocols to ensure the event could take place.

What we saw transpire was the racing community coming together, as both events were massive successes.

While Woostock couldn’t host fans – due to a bomb threat being called in at the last minute – just the event taking place was a huge victory for the sport. A huge number of Pro Mod and RvW cars raced during the event, with drivers and teams all anxious to return to the track.

That was apparent in Chris Rini’s comments following his victory in Pro Mod. He went 3.657-seconds at 203.80 mph to beat Jim Halsey in the final round in his nitrous-powered ATI Performance Products Camaro, and after a two month break, Rini and his team looked as good as ever last weekend following the lengthy hiatus.

“I knew going into this race that everyone has been cooped up for eight weeks and a lot of people never got a season-opener,” Rini said after the win. “We were fortunate we got to do one race, but there were people testing leading up to this race since Tuesday. I didn’t feel like we had an edge and I also felt that everybody and anybody that wanted to race was going to be there. We had NHRA guys there, we had PDRA Pro Boost and Pro Nitrous guys there. There was a real big crowd of cars, which was good. It was pretty decent parity.”

Leading into the race at Tulsa, Haney was determined to have the event, especially considering all that had taken place over the prior two months during this public health crisis. It was a victory just to have the race, one that helped drag racing get back on its feet during a pivotal point of the year and pandemic.

“It’s very important for us to have this race,” Haney said at the time. “Todd (Martin) and I both believe everything has to start somewhere, and we’re truly fortunate Tulsa decided to open up a little earlier than some place. But it’s important to start to get back in the swing of things as long as you’re doing it safely, and that’s going to be the case here. We’re definitely excited.”