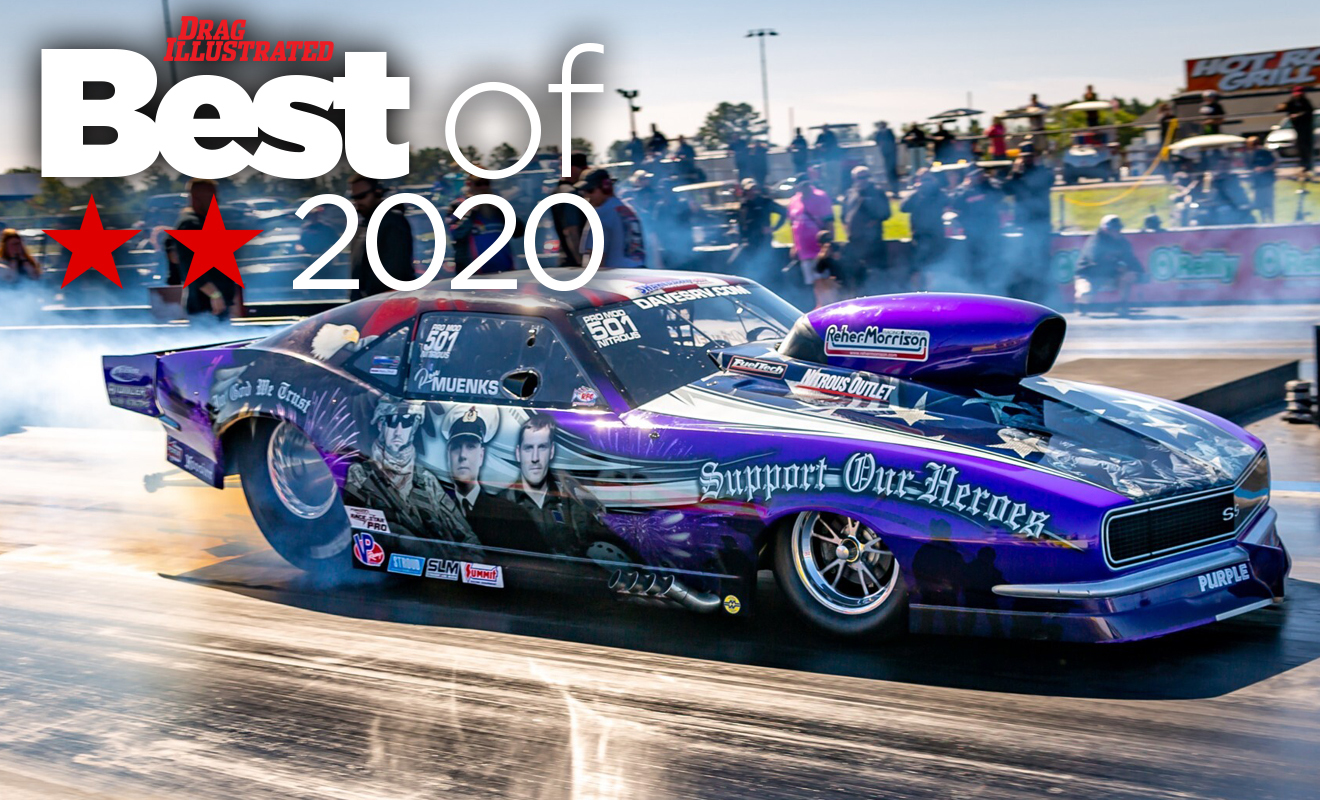 All the things that have made the Shakedown Nationals special during its heyday were there this year at Virginia Motorsports Park, spurring new life into one of drag racing’s biggest independent races. This year’s version certainly felt revitalized, bringing great action across a number of classes, including Pro Mod, RvW and more, along with a number of record passes.

Whatever doubts some might have had about moving it to Virginia have been resoundingly answered the past two years, and the race seems to have found a great location and a great spot in the fall race schedule to stay relevant for years to come.

That’s a great sign for racers, who turned out in full force to compete. Ron Muenks ruled the day in Pro Mod, collecting the $20,000 prize with his run of 3.655-seconds at 206.64 in the final round. Muenks didn’t mince words when he called it the biggest win of his career.

“I’m still in shock right now,” Muenks said at the time. “Dave Pierce and this team have put so much time, effort and money into this program and we’ve got it dialed in. It took eight years to get to this level. I still can’t believe we won on the biggest races of the year, the Shakedown Nationals. There’s only one of those (in Pro Mod) each year and we’re on that winner’s list now.”

The win was also big for Blake Copson, who picked up the $10,000 prize in Outlaw 10.5 with one of his many highlights from the 2020 campaign. He won nearly every race he entered, tuning into a dominant, championship-winning, record-breaking season. The Shakedown was one of the major highlights, especially as Copson won on a hoelshot in the final round with a stout run of 3.76 at 208.68.

“Growing up, the Shakedown was therace when [Dave] Hance had it at Englishtown,” Copson said. “It couldn’t have gone into better hands with Tommy Franklin and [Tyler] Crossnoe and that whole crew at VMP. That was definitely a bucket list item for me and my dad to go out there and win that race. And the fashion we did it in made it that much more special. It’s a memory we’ll always have.”

In RvW, it was business as usual for Stevie “Fast” Jackson, who melted the scoreboards on a magical weekend for the class.

He crushed everyone in sight in, lowering the record he already owned with a mind-blowing pass of 3.505-seconds at 213.67 mph in his semifinal win against David Reese. He followed it with a 3.508 at 213.20 in the final-round victory against Luis De Leon, capping off another dominant weekend in the Shadow. For Jackson, even after all the success, the mindset remains the same.