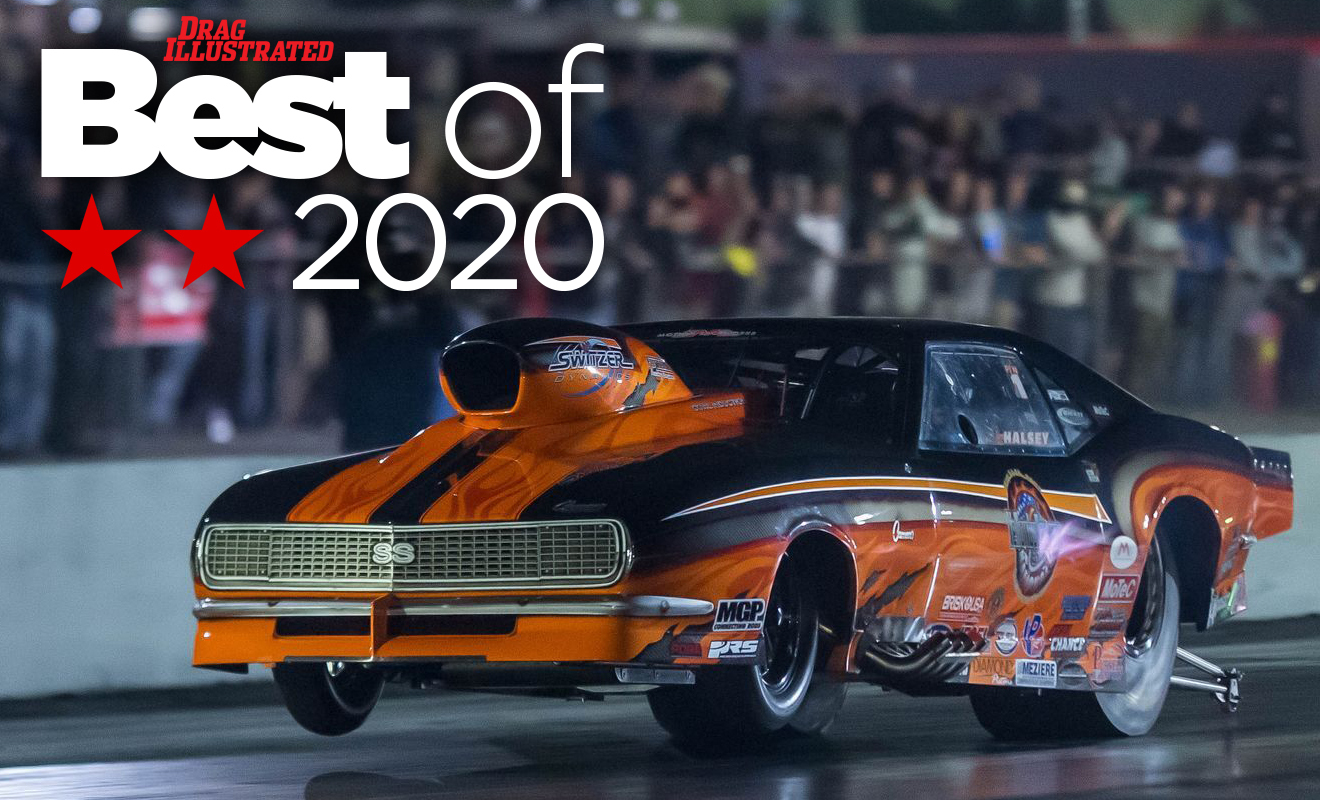 Over 10 years after becoming the first driver to record a 5-second quarter-mile pass in a nitrous car, Jim Halsey added another “first” to his list of accomplishments at the 49th annual Snowbird Outlaw Nationals at Bradenton Motorsports Park in early December.

He drove his Brandon Switzer-tuned, Fulton-powered ’68 Camaro to a 3.592-second pass at 210.77 MPH to become the first driver to run in the 3.50s in a big-tire nitrous car. It was also the fastest eighth-mile run for a nitrous car of any tire size.

“That was our goal from the beginning of the year, to be the first car to run 3.50s,” Halsey said. “We had recently put the 210 out there for ourselves to try to crack that as well. That was really the reason why we went to Florida.”

Halsey, who secured his second consecutive PDRA Pro Nitrous world championship, was one of the quickest drivers throughout the 2020 PDRA season with four low qualifier awards in six races. He was confident in the team’s ability to achieve its performance goals at Bradenton, and his numbers in testing backed up that confidence.

“When we tested on Thursday we went a .62 and we weren’t really trying to run it that hard,” Halsey said. “I think we knew it was possible at that point.”

With at least a handful of Pro Nitrous teams running in the low 3.60s, Halsey realizes there will soon be other drivers joining him in the 3.50-second zone. But he’ll always be known as the first to do it.

“It’s cool. Numbers are numbers,” Halsey said, who was also the first nitrous Pro Modified driver to go 240 mph in the quarter mile. “I’m sure that sometime in the next year it’s going to get quicker and faster. But to be able to be the first to do it is pretty cool, especially after being the first to the 5s and now the first to the 3.50s.”