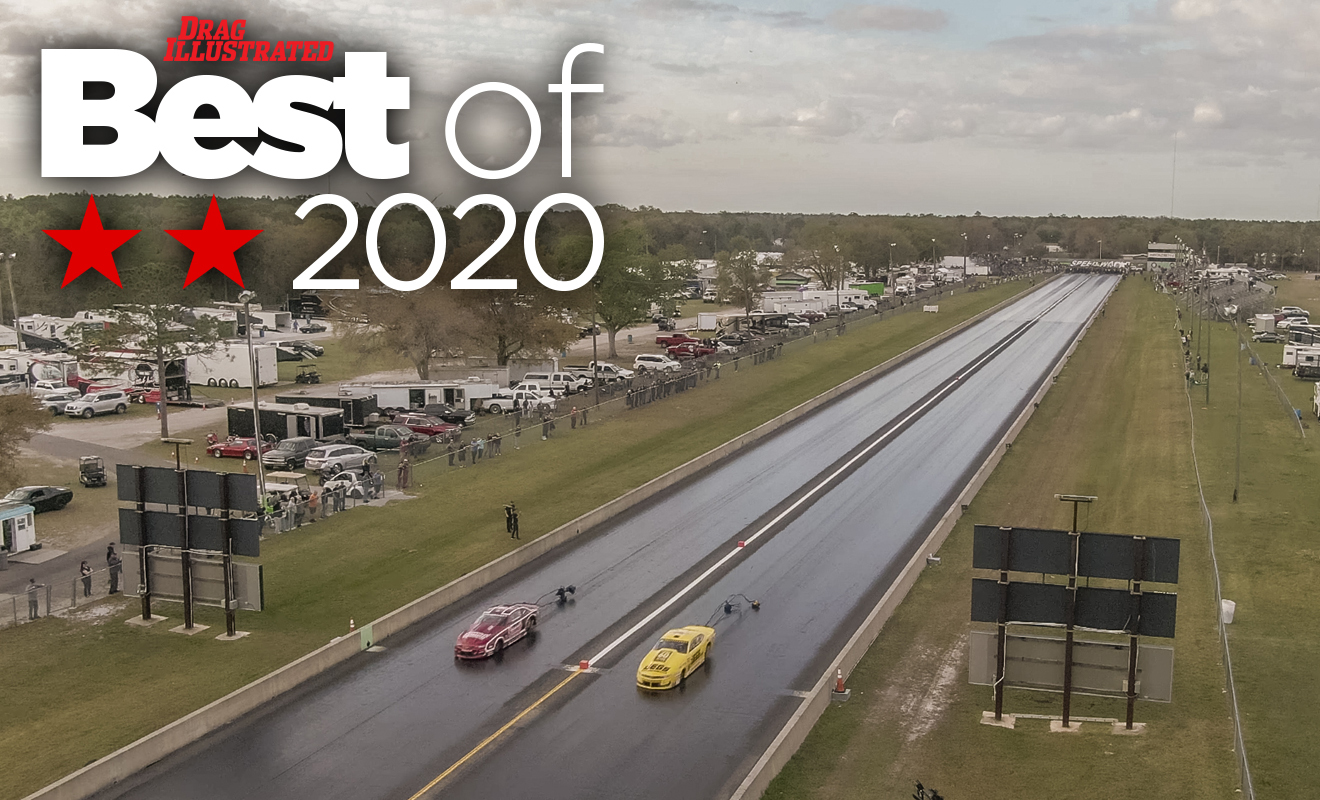 If you were to draw up a picture-perfect way to end an inaugural race where Pro Stock was the headliner and it featured the biggest single-race purse in the category’s history, it couldn’t have gone much better than what took place at the World Doorslammer Nationals in March.

The final pitted rival against rival, legend against legend, and a thrilling side-by-side race decided by inches. It was Jeg Coughlin Jr. against Greg Anderson for $75,000 and it was pretty much perfect.

There were people packed in each lane in Orlando before the final round, giving a very outlaw feel to the normally buttoned-up world of Pro Stock. It left a surreal feeling throughout, as Coughlin’s run of 6.484-seconds at 212.36 edged out Anderson’s 6.484 at 213.81, handing the five-time Pro Stock world champion the biggest single-race payout in class history.

“I’ve been fortunate to run a bunch of big-money bracket races in my career and I’ve seen the organized havoc like this, and it’s just badass,” Coughlin said after the win. “There’s no more prideful feeling than pulling around for a final of a big-money race, and this one is right there at the top with them now. To see all the fans and all the teams crowded around to take in the moment, it’s pretty cool.”

Coughlin hoisted the trophy proudly, easily creating one of the best moments of the 2020 drag racing season.

The entire race was a massive success, from record-breaking runs in both Pro Stock and Pro Mod to thrilling side-by-side races, picture-perfect conditions and an energetic crowd.

By the end, everyone was ready to call it a massive success, and the final round between Jeg and Greg simply put it over the top. Even in defeat, Anderson was thrilled with the race and the weekend.

It was really a great weekend for Pro Stock. I think everybody that was down here enjoyed it. It was disappointing (not to win), but I had a lot of damn fun,” Anderson said.

He surely wasn’t the only one, as a number of Pro Stock teams made runs in the 6.40s, including No. 1 qualifier Matt Hartford, who made a spectacular pass of 6.460 at 211.89, setting the mark for the quickest Pro Stock run in the EFI era.

Eliminations were just as wild, as Coughlin went in the 6.40s three times, including the titanic final-round matchup with Anderson.

Coughlin clipped the four-time Pro Stock champ by mere inches, wrapping up what was unequivocally one of the top races of 2020 in drag racing.