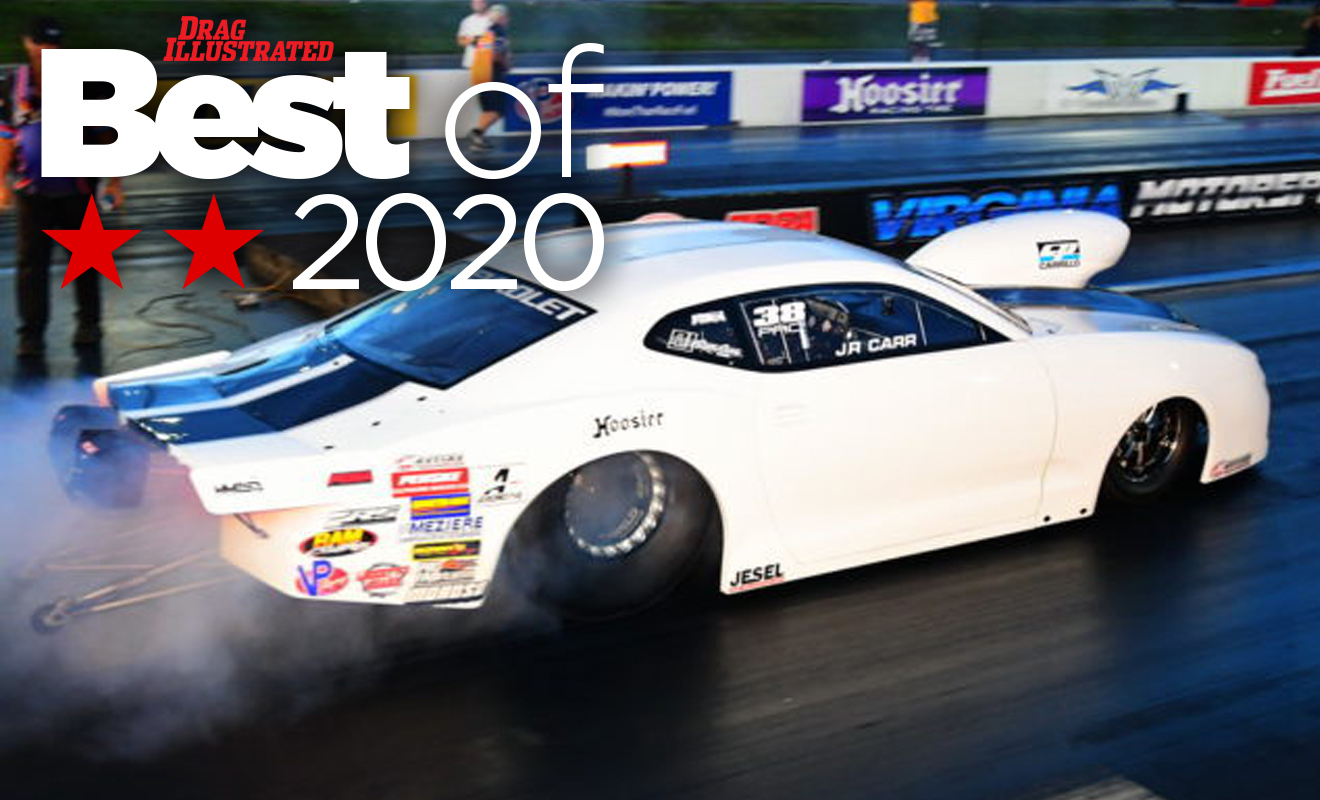 The NHRA national event in St. Louis brought a number of highlights of the less than desirable sort.

Leah Pritchett’s unbelievable crash. Pro Stock and Pro Mod being postponed in the middle of the event due to weather conditions. A multitude of other crashes.

But J.R. Carr provided one memorable highlight that had plenty of people cheering.

The Mountain Motor Pro Stock standout lowered the boom in a major way on the Friday of the event, making history with a record-breaking run of 6.179-seconds at 228.23 mph in his RJ Race Cars ’20 Camaro.

It gave Carr the quickest run in MMPS history as he became the first driver in the class to ever reach the 6.10s.

“It was there and we knew the conditions were good and the track was good,” Carr said at the time. “Knowing the weather, it’s been something people have talked about the last two weeks. Everything felt good. It moved over a little on me, but I could tell it was stuck to the track and I stayed with it. That motor was screaming on the top end, but everything was good. We didn’t even have to change a valve spring.”

Weather conditions were practically flawless on that day. It ended up too extreme by the end of the weekend, but Carr took advantage of the one shot he had at the track in St. Louis.

Trevor Eman gave everyone a glimpse of what was out there with a run of 6.238 at 223.76 and Carr had his opportunity moments later.

Crew chief Frank Gugliotta had things dialed in perfectly and in a car Carr said was “hands-down the best car I’ve ever had,” things came together flawlessly on the historic run.

Carr delivered a blistering .978 60-foot time and blasted its way to a 4.021 to the eighth-mile. That was impressive in its own right, but Carr closed the deal with a bang, shattering the previous record in the class.

It was the perfect capper to Carr’s outstanding 2020 season, giving him a run that may be difficult for anyone in MMPS to top in 2021.

“I knew we could get close, but I didn’t know we could do that,” Carr said. “(Crew chief) Frank (Gugliotta) was so excited on the radio I didn’t hear what he said. It was pretty impressive. Frank’s really been working on the car and it showed for sure, and the guys have been doing a great job. When the scoreboard is happy like that, that’s all you can ask for.”