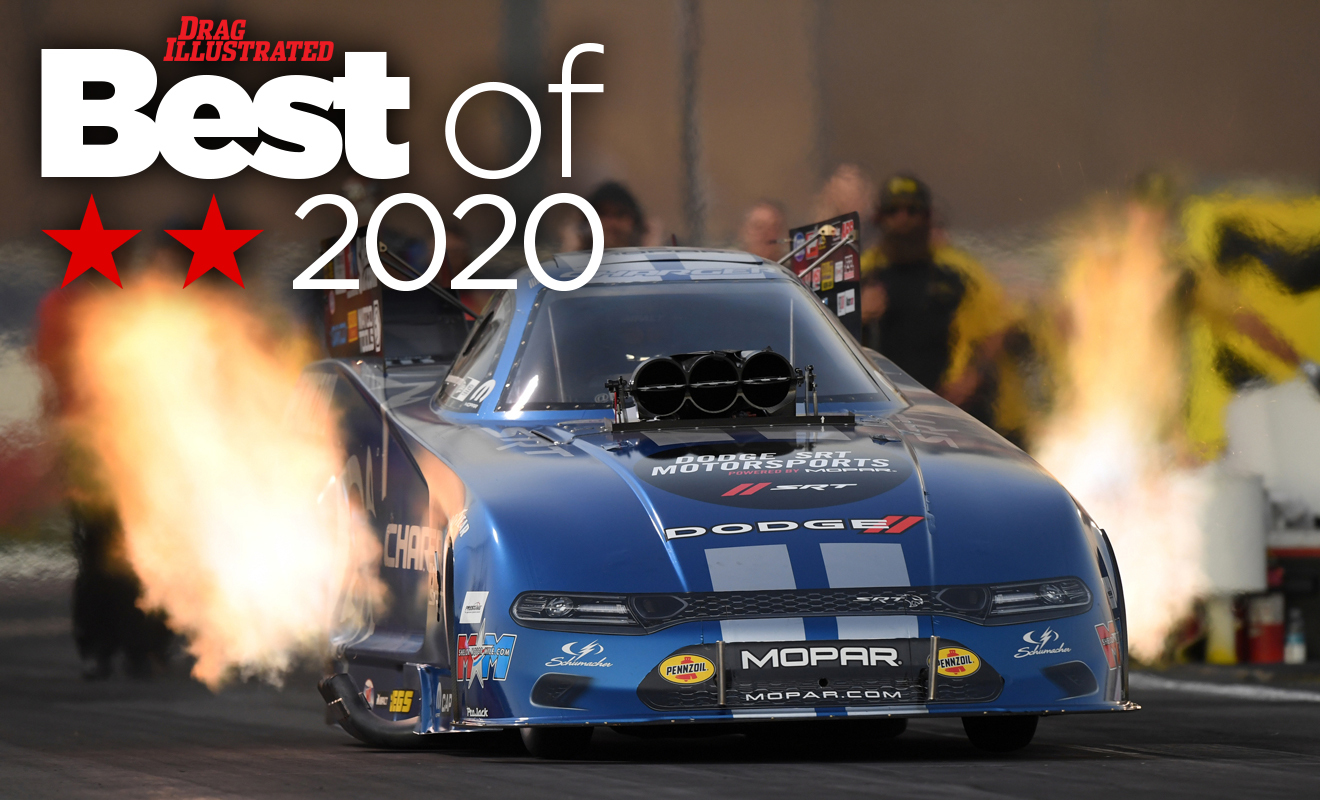 In the Funny Car ranks, Don Schumacher Racing will enter 2021 not knowing how it feels to lose this decade.

The four-car Funny Car team, a group that includes Ron Capps, Tommy Johnson Jr., Jack Beckman and world champion Matt Hagan, dominated 2020 in an incredible way, winning all 11 Funny Car races this year. Counting the last three races of 2019, which DSR’s quartet also claimed, the team hasn’t lost since mid-October of that year. They’ll enter the 2021 season having not lost in 18 months, which is simply remarkable considering the talent in the class.

There were certainly breaks that came their way, as John Force Racing didn’t return during NHRA’s restart, but it should be noted that DSR’s streak did include five races against JFR. And, yes, having four high-quality teams with standout drivers and crew chiefs helps as well, but winning every single race is unprecedented.

There’s more than enough top drivers in the class – with or without JFR – to expect one of them to win once every few races, yet nobody could match DSR in 2020. It was spread evenly, too, as each found the winner’s circle, with Hagan, Beckman and Johnson each winning three times, and Capps taking two victories, including at Indy for the first time in his storied career.

Hagan, Beckman and Johnson were in the championship hunt until the last day in Vegas, with Hagan taking the win and his third world championship. He was especially stout late in the season, advancing to the final round at three of the final four races. But he lost in the final round to his DSR teammates at the first two of those, opening the door for Beckman and Johnson. Hagan, though, came through in the clutch with the Vegas win, cementing his world title and DSR’s reign of dominance in 2020.

“It’s been just an unbelievable season,” remarked Hagan who claimed three event wins over the course of the year, including DSR’s milestone 350th victory. “My guys have put an unbelievable car behind me with Pennzoil, Dodge SRT and Mopar. Everybody who supports us. It’s great to win for Camping World and their first championship. My guys have worked so hard all season long. I can’t say enough about them and thank them. Three wins, a championship, it’s just special. I can’t wait for next season.”

DSR picked up its 350th win as an organization along the way, and the season sweep will live on for the ages. It a strange twist of fate, the run of 14 straight victories could actually strengthen the class in the long run. JFR is expected to return – and return with a vengeance, one should expect – in 2021, and several drivers from other teams have talked about being motivated to end the streak.

The top-end talent in the class is surely outstanding and all that’s needed in the class is a little depth, but Funny Car should continue to impress in 2021. The only question remains is how long DSR can extend its streak.