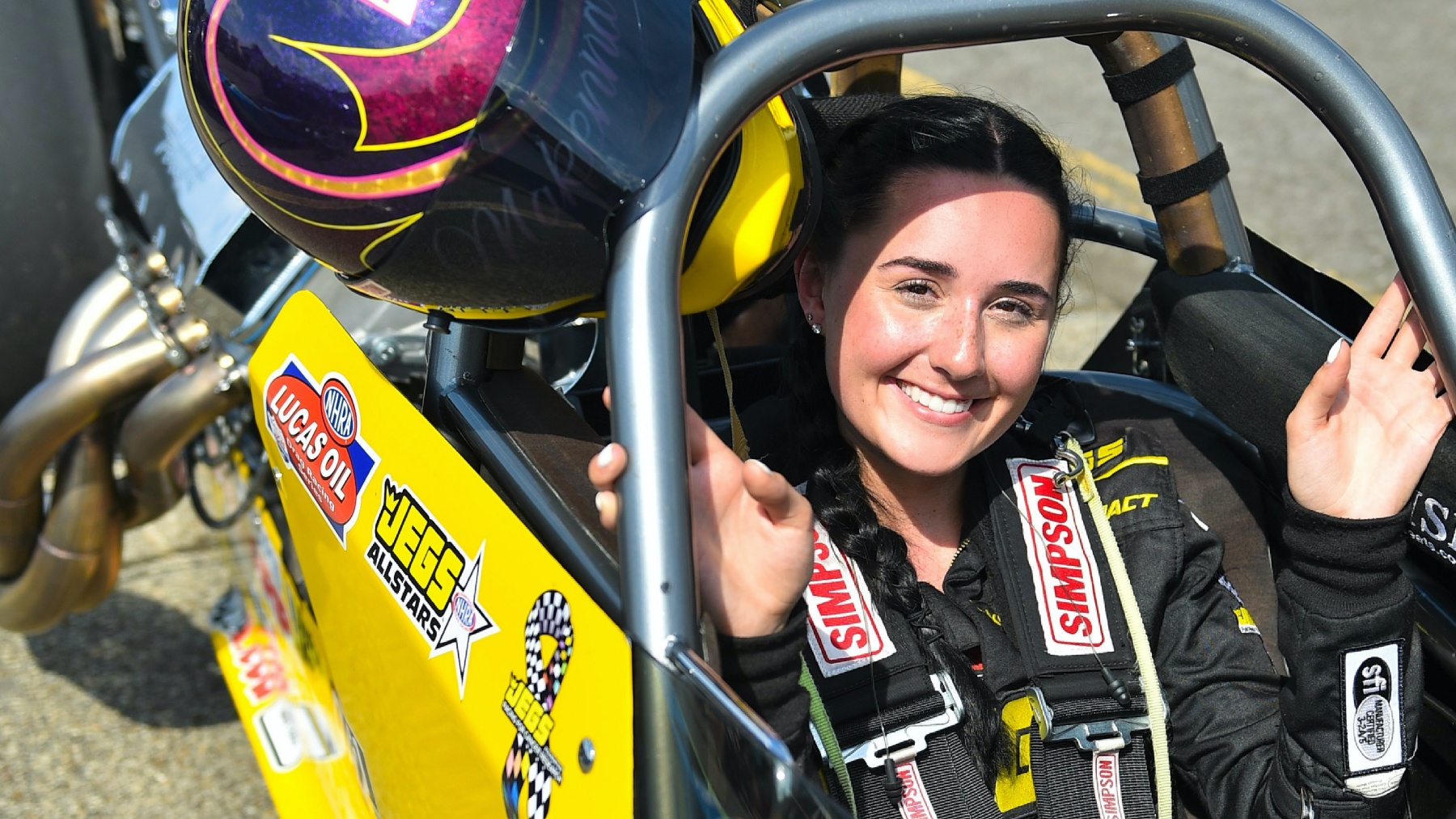 As the granddaughter of JEGS High Performance founder Jeg Coughlin Sr., Makenna Brown grew up around drag racing of all levels. She started out like many young racers in the Jr. Dragster ranks, and as she got older, she started to fully realize how much racing means to her and to her family. While the Coughlin family sold the company to a private equity firm earlier this year, Brown is still honored and proud to represent the brand on track as a bracket racer and in the office as a social media analyst.

“Now that my family doesn’t own JEGS anymore, I think it’s even more important that I’m still able to continue that legacy even though it’s in someone else’s hands,” says Brown, who won two track championships in Jr. Dragsters. “I’m glad I’m still able to be a part of it, to help continue my grandpa’s legacy that he started in 1960. I know it’s so important to him. He’s like my best friend. It’s really important to me.”

In Brown’s current role at JEGS, she creates content and manages the brand’s social media on multiple platforms, also working with a slew of influencers who help spread the word. Before that, she worked in order entry sales for about a year to learn more about the family business.

“I’m grateful for that experience,” Brown says. “It taught me a lot about who the customer is, what the customer wants, and it’s allowed me to do my job now. I love what I do, but I’d like to continue growing in the company.”

Brown picked up her first big-car bracket racing win in 2021, eventually going on to collect other victories at both local events and big-money races. Brown is very much determined to win on big-money bracket racing’s grandest stages, but she realizes her position is about more than on-track accomplishments. She relishes the opportunity to be a role model for other young women in the sport. In fact, one of her proudest moments in drag racing actually followed a late-round loss last year.

After giving it back at the stripe by one thou, Brown sat staring in frustration at the losing time slip in her trailer. Someone knocked on her trailer door and said there was someone there who wanted to talk to her.

“I was like, ‘Uh, OK. Who the heck wants to talk to me? I just lost,’” Brown remembers. “I walked out and there were these two little girls and they had little JEGS hats on and they were jumping up and down telling me how proud they were of me. Every piece of anger I had just dropped away. I was like, ‘This is really what it’s all about.’ I think that has more meaning than anything winning has ever done for me. Even though I lost in that moment, I think I was still winning by knowing I’m able to be a good role model for young women who want to race.”