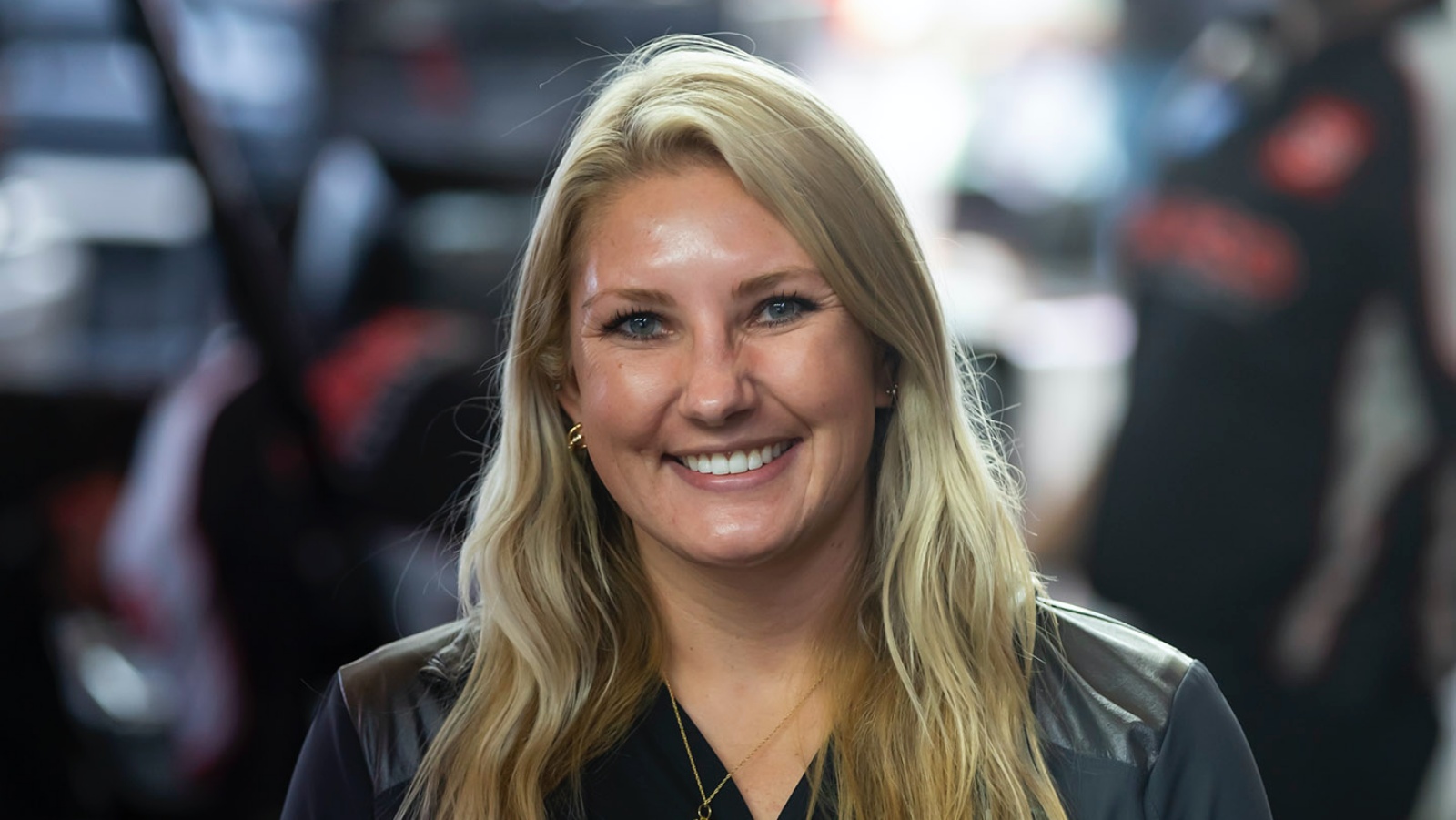 Drag racing has always been part of Kassandra Pawuk’s life. Her first race was when she was just 6 weeks old, and there, she was in her first drag racing photo – propped up on the back of the Pro Stock car driven by her dad, Mark Pawuk.

These days, the younger Pawuk is the one behind the camera as she captures eye-catching images and creates engaging social media posts for many of NHRA’s most popular drivers and teams.

[Editor’s Note: This story originally appeared in DI #179, the 30 Under 30 Issue, in Nov/Dec of 2022.]
“I started as an intern with Don Schumacher Racing [DSR] in 2018 doing hospitality,” explains Pawuk, who completed two additional internships during her tenure at University of Central Florida, accepted a role in hospitality at DSR, then moved toward a social media position with the high-profile team.

“[This career] was something I didn’t know existed until I got into the drag racing world, and last season, I decided to spread my wings and grow,” Pawuk continues. “The position with Natalie [Torrence] and Innovative Creation Experts came up, and it’s been great.”

Pawuk attends every race on the NHRA tour and captures and posts content for the company’s clients in every professional category. But with a father who raced Pro Stock throughout her childhood and who returned to competition in recent years in NHRA’s Constant Aviation Factory Stock Showdown class, Pawuk and her brother, Kyle, seem almost destined to wheel race cars. The Ohio native doesn’t dispute that this may be part of her future.

“I actually talked to my dad in 2019 about going to Frank Hawley’s Drag Racing School, but then COVID hit,” recalls Pawuk. “It finally happened this year, the Wednesday and Thursday before Denver. I flew home, went to Frank Hawley’s school, then left for the Denver race Friday morning. I’d never been in a car or down a dragstrip before I strapped into the Super Comp dragster.

“It was more mental than I expected, but I connect with that. The first couple of laps were not great, and I was scared. I’d also never seen a car leave on a trans brake. But once I was past the initial launch, I was like, OK, this is fun. By my fourth pass, I actually smiled.”

Pawuk says she’d like to make more laps in a race car, and there has been talk of going in with her brother to share a dragster. Her vision for racing includes working her way up and running Super Comp, Top Dragster, Top Alcohol Dragster, and possibly even Top Fuel.

“But most of all, I just want to see myself grow as a person,” she says. “I feel like I’ve already grown so much in the last year, and so many different things have happened. I know I’m going in the right direction; I just want to be the best version of myself that I can possibly be.”

For Pawuk, that includes establishing a name of her own.

“I’m proud that even though my dad has history in racing, I’ve been able to come out here and create a career of my own that has blossomed into so much more than I imagined. I love that people know him, but they also know me now. I think that’s really cool.”