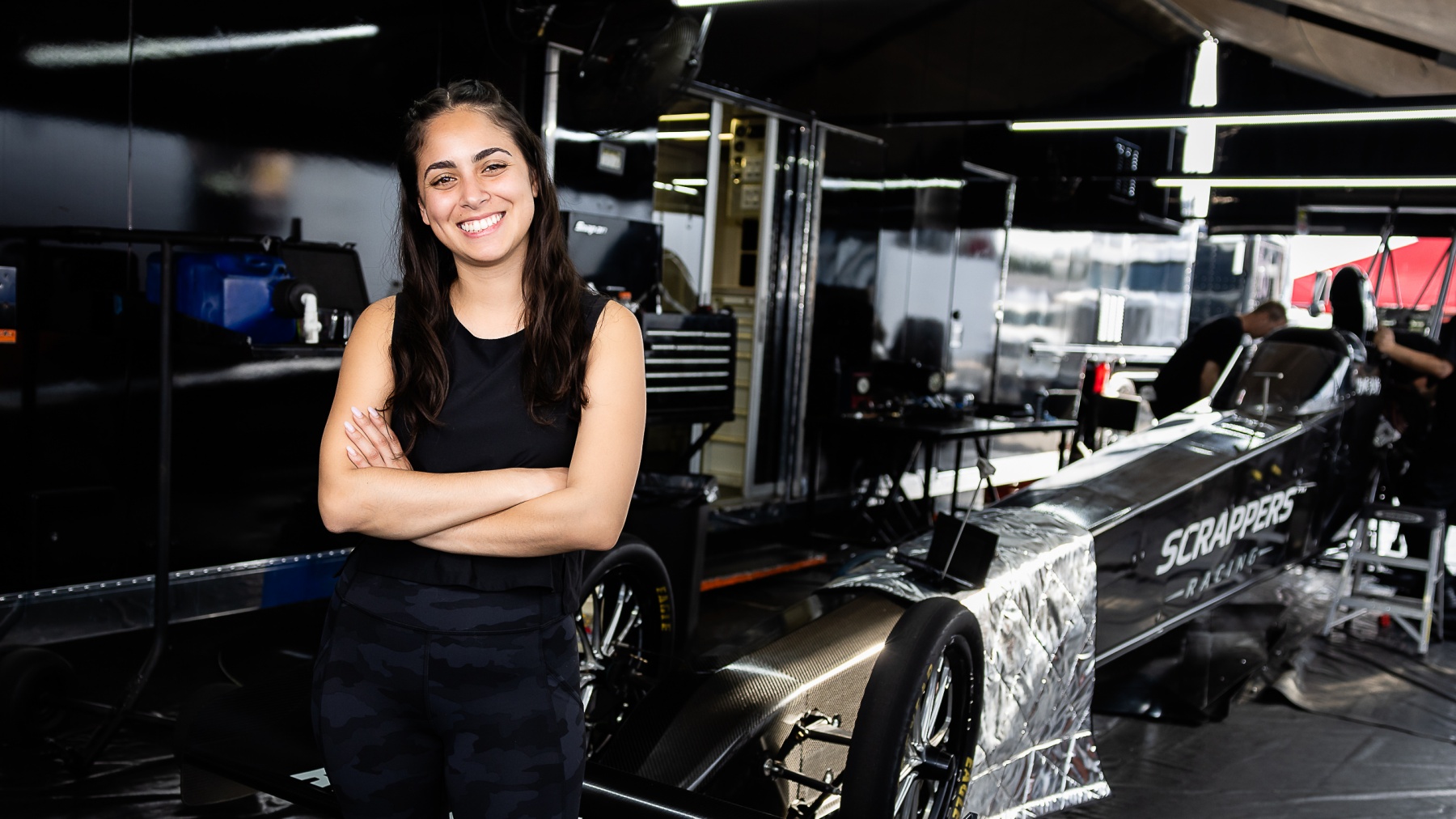 A year after a harrowing crash in Top Alcohol Dragster in Gainesville, Jasmine Salinas showed how far she’s come by winning the Gatornationals in 2022 in what was one of the most inspirational moments of the weekend.

That remarkable redemption story has only spurred Salinas to greater heights this year, turning into the greatest season in her young career and a glimpse of what could be possible in future years. She claimed a North Central Region championship in Top Alcohol Dragster on the strength of four wins – Gainesville, Norwalk, Chicago, and Dallas – and eight final-round appearances, as Salinas’ confidence skyrocketed after conquering Gainesville a year after her crash.

“I learned so much coming back from my Gainesville crash,” Salinas says. “But the biggest lesson was that being fearless doesn’t mean you lack any fear or doubts. Being fearless means acknowledging your fears and doubts, and choosing to charge forward anyway. I had to learn to trust myself again and get comfortable pushing myself in moments of discomfort. But every time I pushed myself, I felt more and more capable.”

That’s been evident in nearly every aspect of her year, whether it’s her growing celebrity in the sport or her improving skills in the dragster. Salinas has remained in the thick of the championship hunt, thriving in the great family setting in the Team Scrappers/Pep Boys pits.

To find success and enjoy such a strong year, Salinas discovered a great deal about herself in the process. That’s made her wins and big moments that much more enjoyable, displaying growth in a number of ways.

“I feel I improved the most as a driver by learning how to be a competitor,” Salinas says. “Because I had little racing experience compared to everyone else, I spent so long trying to learn how to drive the cars. Once I passed that threshold, I discovered the next level, which was competing. I’m discovering more about myself, not only as a drag racer, but as a person in general. I’m finding I’m capable of a lot more than I ever could have imagined.”

Outside of wins and losses, and racing for championships, Salinas has also fully embraced her growing platform in the sport. It’s been an important part of her self-discovery journey and her star power has grown to an impressive level.

Being a strong role model and inspiration to others, especially as Salinas continues to move up the ranks and impact more and more people, is a role she takes seriously, knowing full well the kind of influence she can have on younger – or aspiring – drivers.

“I’m most excited to see where my platform in drag racing takes me and who I have the potential to impact positively,” Salinas says. “I hope I’m able to do something good for the world through drag racing, even if that means inspiring or influencing just one person’s life. We all have such a unique opportunity to utilize our platform as a force for good beyond the world of drag racing.”