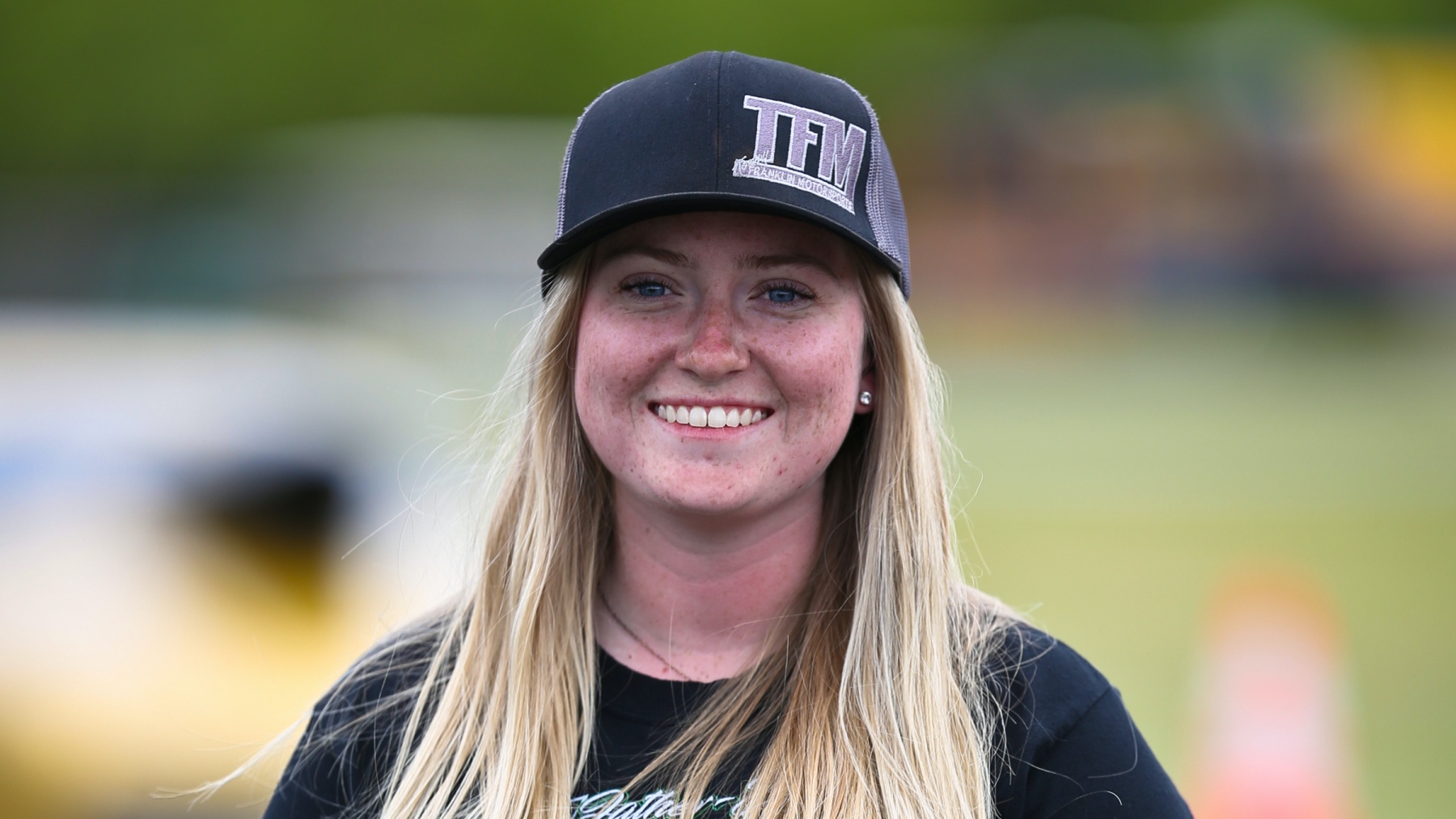 For years, Amber Franklin has aspired to be just like her father, two-time PDRA Pro Nitrous world champion Tommy Franklin. Over the last year, she’s made strides towards that goal while also making her own name in the sport.

Franklin started racing Jr. Dragsters when she was 10, progressing from PDRA Top Jr. Dragster to Pro Jr. Dragster, where she won the world championship in 2017 alongside her dad, who won his second Pro Nitrous title. She stepped up to a big dragster at 17 in 2019, then moved up again to Pro 632 late in 2021.

Franklin reached the final round in her first two races driving the “OG Jungle Rat” ’69 Camaro, the same car Tommy drove to both Pro Nitrous titles. Though it now sports a Musi 632 rather than a 959ci engine, the car has proven to be just as much of a threat as it was in Pro Nitrous trim. Franklin felt it was her obligation to match the performance level of the car.

“After I lost on a holeshot in the final round of the World Finals [in 2021], I had to remind myself that it was only my second race in the car,” says Franklin, now 20. “But at the same time, I wasn’t really OK with using that as an excuse either. I definitely pushed myself to make sure I kept up with the car. The car proves itself every time. My team, my dad, and Jeff Pierce set me up with a good car, so I needed to take the time to make sure I held up my end of the deal and was driving the way I should’ve been.”

Franklin’s determination was evident throughout the 2022 season. She reached the semifinals at the PDRA season opener, then won the next two races on tour. After adding two runner-up finishes to her scorecard, she secured the Pro 632 world championship when she qualified at the World Finals.

Her first win came at the Doorslammer Derby, where she defeated longtime best friend Lexi Tanner. Franklin and Tanner lined up against each other five times in seven points races and the Summit Racing PDRA ProStars race, with Franklin taking a 3-2 lead in head-to-head matchups. Tanner took both of her wins in the finals, though, beating Franklin at Maryland to get her first Pro 632 win and at Virginia to win ProStars.

“We both enjoy racing and it’s something that we also talked about forever,” Franklin says of racing with Tanner. “We both kind of transitioned the same way with Jrs., then into the dragsters, then into the door cars. Getting to race against each other, but then getting our first wins with each other in the other lane, it definitely has a special meaning.”

Franklin works hard for the opportunity to race. When the family isn’t racing with the series they own, PDRA, Franklin can often be found working in a variety of roles at the family’s Virginia Motorsports Park, or helping the PDRA team with behind-the-scenes work. She also works full-time during the week at Franklin Electric, and she recently started the master’s program at an electrical school so she can continue advancing in the family business.

Advancing in the family business is a recurring theme in Franklin’s racing goals. She hopes to someday join her father in Pro Nitrous, but she’s focusing on pursuing a second consecutive Pro 632 title first.

“Eventually, my ultimate goal is to run Pro Nitrous,” confirms Franklin, who thanks God, parents Tommy and Judy, tuner Jeff Pierce, longtime boyfriend Blake Denton, her crew, sister Ashley, and the team’s partners like Jerry Bickel Race Cars, Pat Musi Racing Engines, Hoosier Racing Tires, and M&M Transmission. “I know a bunch of people were hoping or asking if that’s going to be the goal for next year. Not yet. Hopefully I can get some more seat time and prepare for that. We’re not sure when or what that looks like, but I would love to [run Pro Nitrous] if the opportunity comes up in the future. Hopefully against my dad too.”