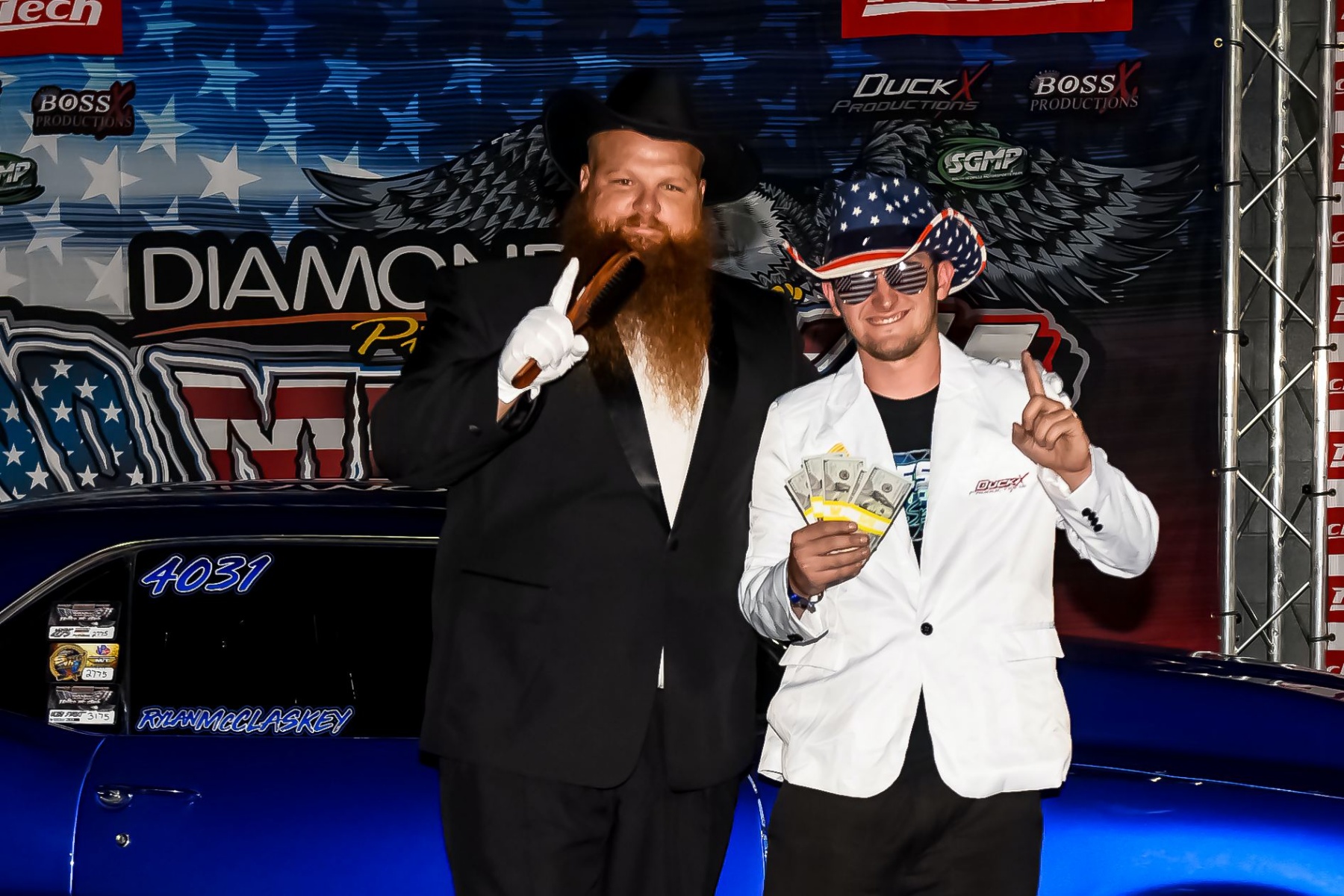 Rylan McClaskey (above right) has quickly learned the benefits of surrounding himself with good people. Just 21 years old, the Texan works with the likes of Kenny Hubbard, Jeff Naiser and David Vasser, using their expertise to already make the most out his young career.

He’s used their advice and showcased his own driving talents, winning No Mercy 11 and Lights Out 12 in Ultra Street. McClaskey has also put together back-to-back championships in Tex275 and is the current points leader heading into the final race of the season. It’s been a surreal experience for McClaskey, who still finds all the immense success so soon in his career a little hard to believe.

“It’s been crazy and almost hard to put it into words,” McClaskey admits. “I never thought at 21 I would be able to accomplish all this. Kenny and Jeff and David help out tremendously and that’s definitely been a big key.”

McClaskey, though, has taken that support and gotten everything out of it driving his ’67 Camaro. He started in Jr. Dragsters at 8 years old, moving into bracket racing, index racing and no prep index racing the moment he turned 16.

In 2018, he made the move into radial racing and the Ultra Street class, showing almost immediate potential. He already crossed one major goal off his to-do list by winning No Mercy and McClaskey followed it up with another impressive performance at Lights Out. It has him set up for a big 2022, where he’ll also race at the Sweet 16 event along with his usual schedule. With a family-style atmosphere firmly in place on his team, McClaskey welcomes next year’s busier schedule as he looks to keep rolling early in his drag radial career.

“The group of people with us, it’s like one big family,” McClaskey says. “We do a lot of testing and work really hard, but it’s more of a family style with our team and people are more relaxed. Anybody will help you with anything and it’s great. We’re going to be very busy next year, but I love it.”