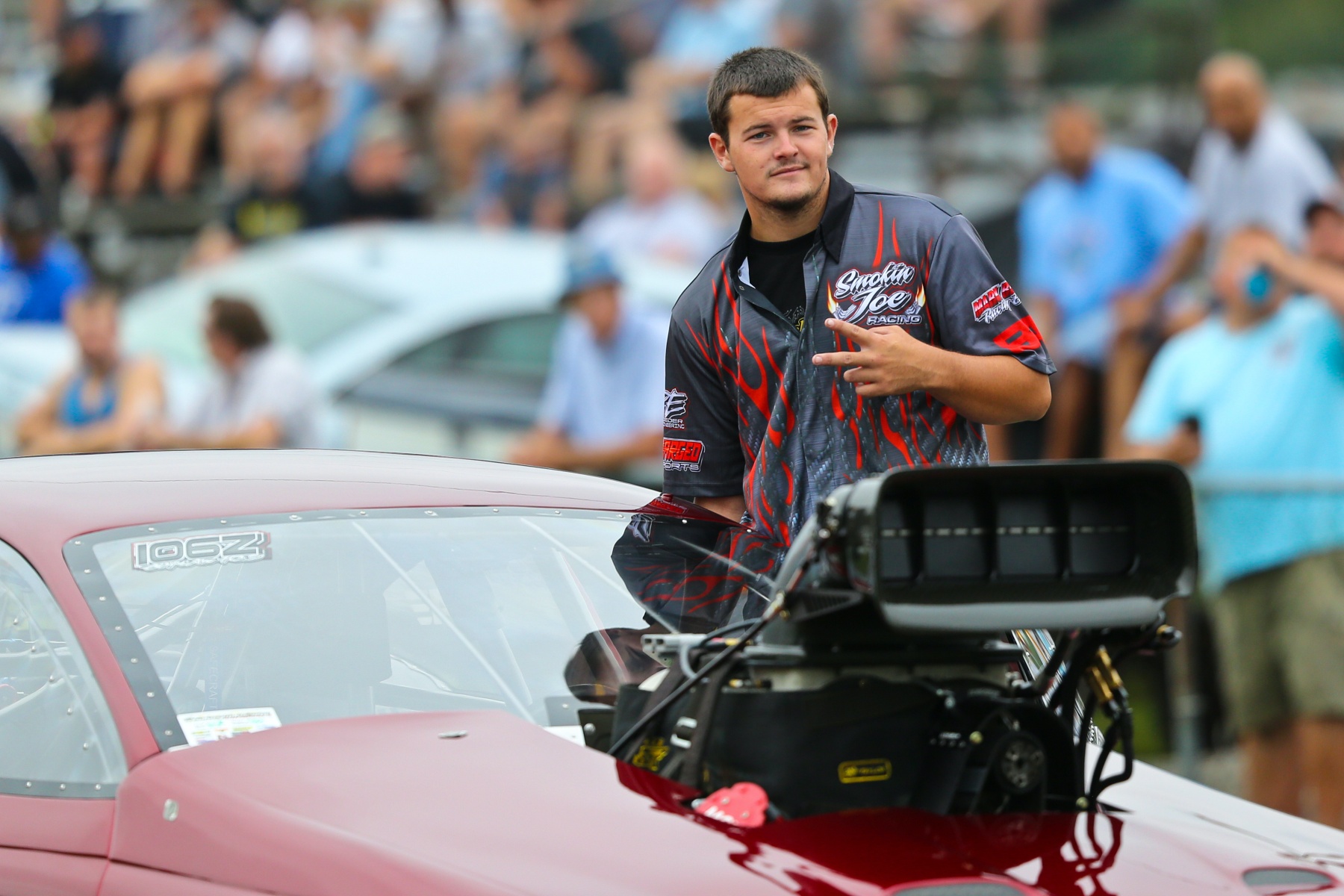 At just 24, “Quick” Nick Schroeder has already shown the eighth-mile outlaw racing world that he has the tuning knowledge of someone twice his age. He’s been steadily building on the foundation built by his father, “Smokin’ Joe” Schroeder, over the last 20 years or so. Joe turned over the keys to his Outlaw 10.5 operation to Nick a few years ago – provided Nick would pay the bills – and Nick has taken full advantage of the opportunity, quickly becoming a hitter in the PDRA’s new Pro Street division.

“I’ve grown up all my life at the racetrack,” Schroeder says. “My dad’s had blown alcohol stuff for 20-some years. My uncles – they’re not really my uncles, but I’ve grown up with them my whole life and they live right down the street so they’re closer to me than some of my own family – but being around them, and seeing a good friend of mine, Mark Benston Jr., start driving, it gave me the ambition to drive. I’d driven Jrs. and bracket cars, but nothing at this level.”

Schroeder’s current level is wheeling the screw-blown “Ruby” ’06 Pontiac GTO, which recently became the first screw-blown 10.5 car in the 5s with a 5.99-second pass at 238 mph at the Haltech World Cup Finals. Schroeder also made a monster run in eighth-mile Pro Street trim at the Shakedown Nationals.

Along with his dad, Schroeder says he picked up a lot of his tuning knowledge from guys like Lonnie Hood and David Reese. Hood taught him about the screw-blown combination when Schroeder switched to the combo in 2009, while Reese educated him on torque converters and gear ratios.

“I think those two guys are the biggest reason why I have a little bit of success,” Schroeder says. “What I’ve learned from them is what’s got me consistent and knowing what to do and what not to do.”

In 2022, Schroeder is driven to improve on his fourth-place finish in PDRA Pro Street points this season. He had a fast hot rod all year, qualifying No. 1 at two of the five PDRA races he attended, but a win escaped him. Parts breakage at a couple races and missing the Norwalk race also prevented what he believes could’ve been a championship runner-up finish.

“I really thought I could win one of those things this year,” says Schroeder, who thanks his parents, crew member Ryan Carrick, and supporters like Supercharged Motorsports and Hussey Gaskets. “It just never played out in my favor. Honestly, next year I just want to go out and have fun and win at least a couple races. If I can start out good, I really want to go after the championship.”