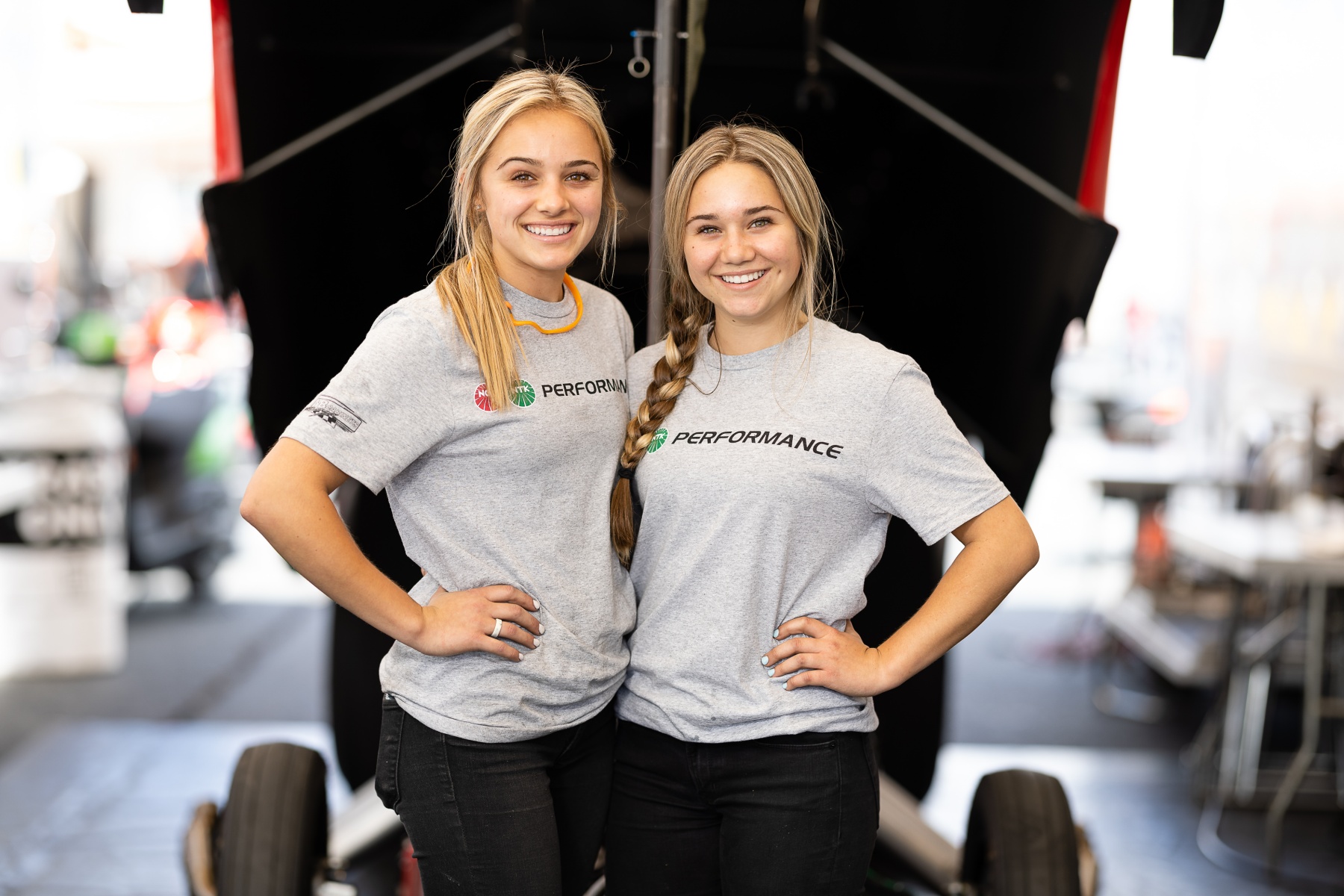 When your father is a world champion drag racer, it’s quite likely that you’ll also have an interest in the adrenaline-packed sport. It’s most common to want to follow in a parent’s footsteps as a driver, but for Madison and Macie Gordon, they’ve found a home as crew for their dad’s very fast, very powerful, and very successful Top Alcohol Funny Car.

“They’ve been around the racing program forever,” explains Doug Gordon, the 2020 Lucas Oil Drag Racing Series world champion and now a six-time regional/divisional champion. “They’d worked on the car a little bit here and there, minimal things like wiping the body and draining the puke tank, but when COVID hit and they weren’t able to go to regular school, we had time to go on the road and go racing.”

That’s when Doug and his wife, Christina, gave their daughters the opportunity to officially become members of the crew. The girls eagerly accepted and learned all of the intricacies of working on the engine and the car. Now, Madison and Macie are able to take the engine apart down to the pistons, then reassemble it as a race-ready bullet.

Macie, the younger of the two, turned 16 on December 1. She primarily works on the top of the engine, removing the valve covers and spark plugs, adjusting valve lash, and managing fuel and oil. She and her mom alternate backing up Doug from his burnout each run.

“Maddi and I always wanted to be more involved, so being part of the crew is something I enjoyed right away,” expresses Macie. “We definitely love it. I feel like this is exactly what I want to do.”

“It’s so awesome working on the car,” says Madison, now 17. “I’ve always really wanted to do this. I just remember watching Dad taking apart the motor and thinking, ‘I wish I could do that.’ Now that I can, it’s super exciting.”

Madison works on the bottom end, taking down the rod and main caps from the underside of the engine, checking and replacing bearings, and then getting everything back into place. She assists with fuel and oil, and once the car is fired at the starting line, she takes the starter off and grabs the body pole.

The Gordon sisters have no intention of handing their wrenches back to Dad, but they will each be expanding their racing roles in the future. Doug plans to drive the Top Alcohol Funny Car for two more years, then the plan is to have Madison take the wheel in 2024. Macie is expected to add Super Comp to her résumé in 2023. Both girls have experience as race car drivers, stretching back to their days as Jr. drag racing champions, and Madison has been racing Super Comp at national opens.

“They’re both really good drivers,” Doug says. “And they’re so supportive of one another. It takes everybody to make this happen, and they’re both part of the program, whether they’re driving or working on the car.”