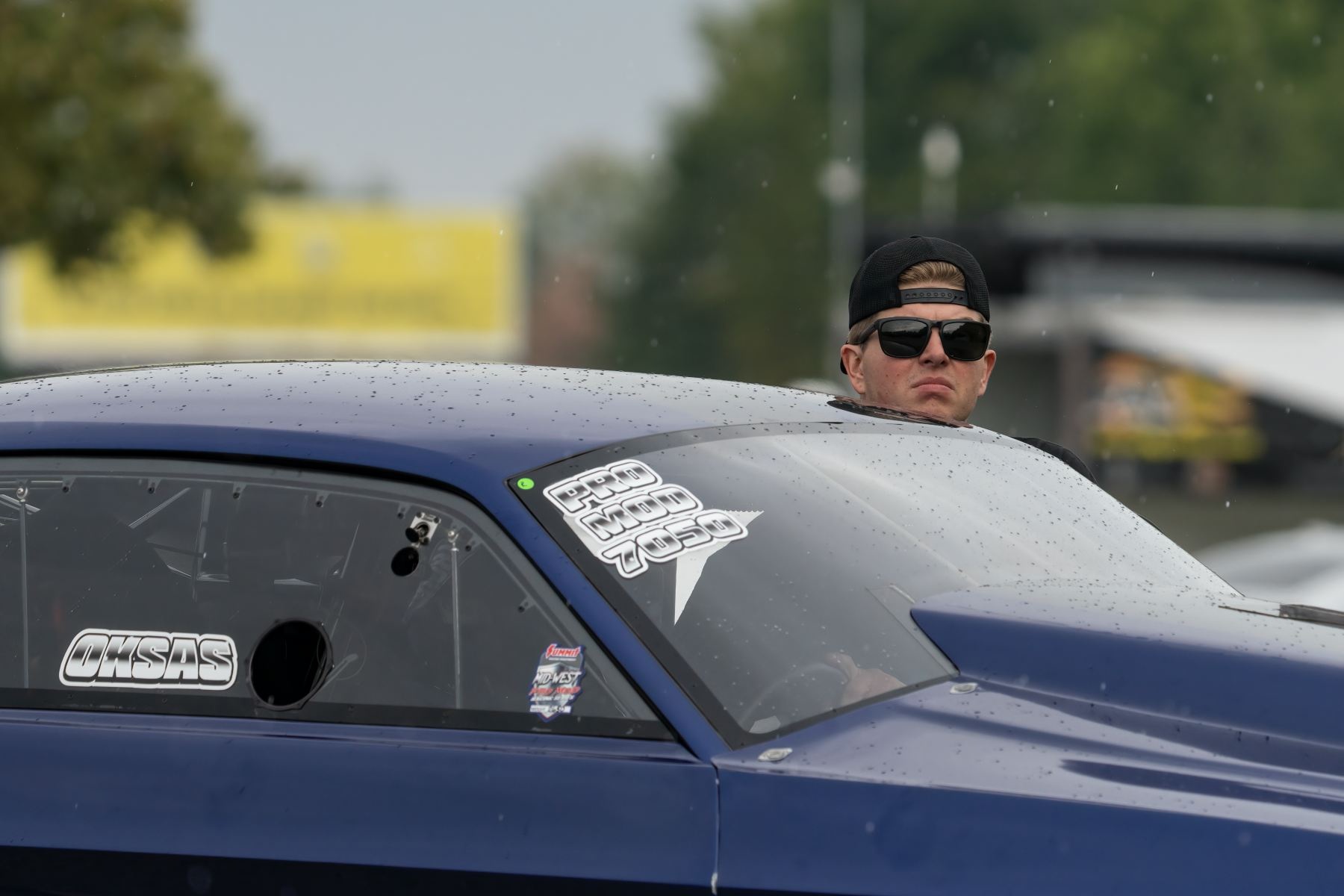 In his first full Pro Mod season, Joey Oksas is already surpassing expectations. The young standout came onto the Mid-West Drag Racing Series scene a year ago like a freight train, advancing to three final rounds after making his debut late in the season.

This year, Oksas proved he was for real, as the 24-year-old wheelman drove to the MWDRS world championship in Pro Mod, picking up three victories along the way in the loaded class.

Oksas had big hopes when he took over driving his father’s turbocharged Mustang, but winning a championship already is far beyond even the most optimistic of goals.

“We ran the last three races last year and had good success, but coming into this first full year I definitely didn’t expect to win a championship,” Oksas says. “I thought we would be competitive for sure, but I didn’t think we could win a championship. I figured we could be competitive, but having success at the end of the year, it was awesome. This year was just a surreal experience.”

Oksas handled all the pressures of racing for a world title with impressive resolve and coupled with his natural driving talent earned him a spot on the 30 Under 30 List for 2021.

After the MWDRS came back in August after a two-month summer break, Oksas was nearly unstoppable, winning his first career race in Great Bend and following it with a victory in Martin, Michigan, to take control in the loaded Pro Mod ranks.

He added another victory in Tulsa – winning three straight races in the process – before a final-round showing at the Xtreme Texas World Finals to easily clinch his first Pro Mod championship.

Oksas was quick to share the credit with standout tuner Jeff Pierce and the rest of his team, but his driving abilities and potential are undeniable.

He has performed well in Jr. Dragsters and X275 and carried the same cool, calm and collected mindset inside the Pro Mod Mustang. It’s already served him well, as he’s been outstanding on the starting line throughout his career. He’s grown more comfortable in the car, showing an innate ability to communicate what he’s feeling into the car to Pierce.

“I feel more comfortable everywhere, to be honest,” Oksas says. “My reaction times have stayed consistent and my cognitive feelings inside the car have gotten better. When I get back from a pass, I talk to Jeff, tell him what I feel and I’m a little more keen to the little things that happen in the car. That’s been awesome for me and hopefully that helps Jeff and to help us continue to go faster and be consistent.”