15 Takeaways From the Final NHRA Spring Nationals in Houston

Not Backing Down: The Fight to Save Palm Beach International Raceway 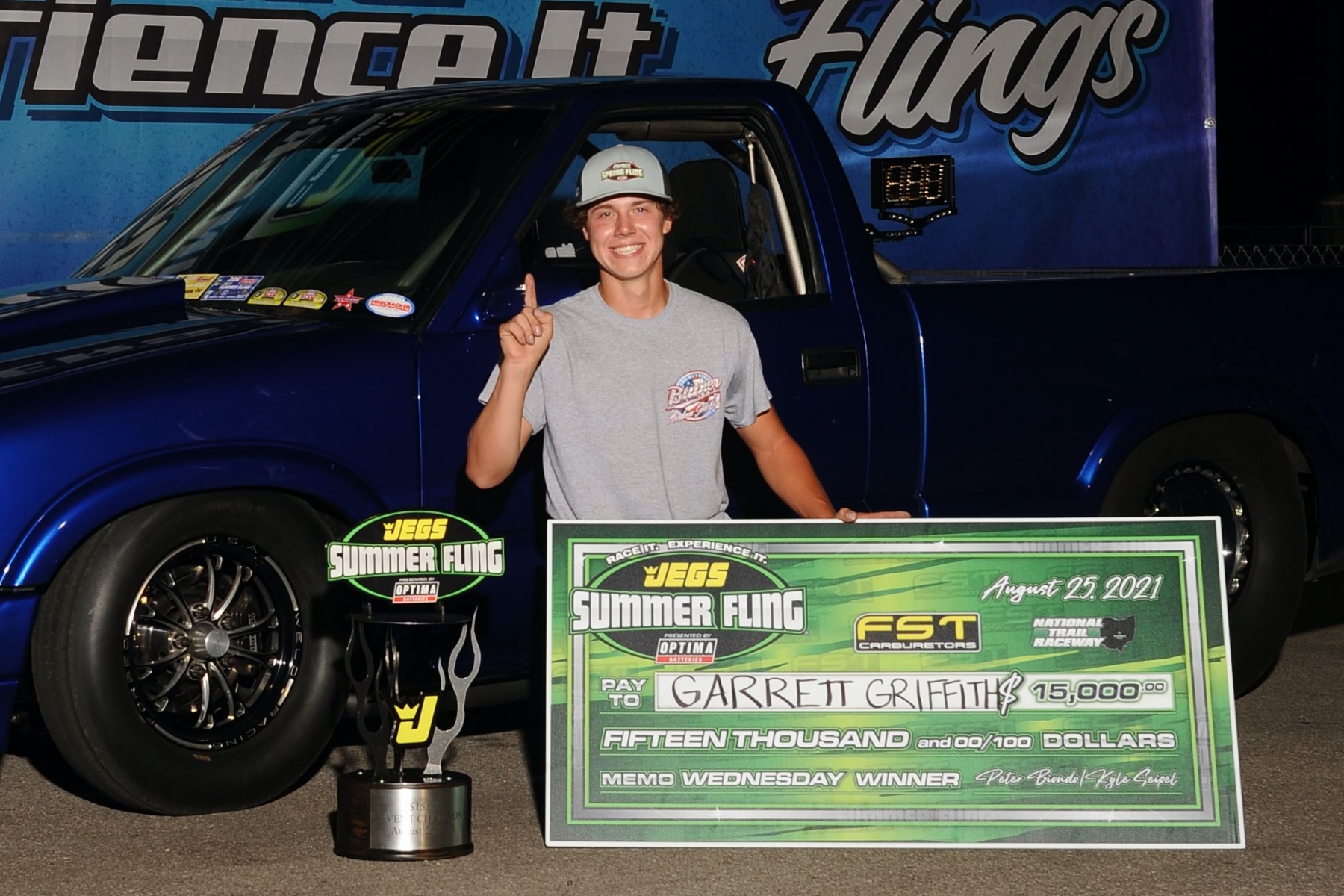 By the time Garrett Griffith turned 9, he was already begging his father for a Jr. Dragster. It turned out to be one of the best investments the Griffith family could have ever made.

Griffith has become a dynamo in the bracket racing ranks, as the now 19-year-old has picked up a number of marquee wins, including a $100,000 victory two years ago. This year, he won a $25,000 race at the Fall Fling, the warm-up race at the Summer Fling and a pair of $10,000-to-win races at Edgewater Raceway, along with a number of other victories that has made 2021 his best year to date on the track.

“It’s been a pretty good season. I don’t know that there’s been too many weekends where we haven’t gone out and won a little money,” says Griffith. “It’s been pretty amazing and I’m blessed to be able to do it at my age. My mom and dad hook me up with some pretty good equipment and that’s very crucial in this sport.”

Griffith’s parents have been key in his rapid development at a young age, starting with the Jr. Dragster purchase a decade ago. His father, Chuck, raced before Garrett was born and now is instrumental in his son’s success. Whether Griffith is driving his blue ’02 Chevy S-10 truck, his ’78 Malibu or his dragster, his family is usually there every step of the way – making it all that much more special.

“There’s nothing better than having them out there, getting to spend time with my dad and go racing with him,” Griffith says. “Whenever I have a little success, there’s nobody more proud than him. He loves the sport and he looks forward to it every weekend, and if he’s not there, he’s watching on the live feed.”

That passion has rubbed off on his son and Griffith is at a racetrack nearly every weekend. There’s no offseason as far as he’s concerned, and while Pro Mod may be the long-term dream for the young standout, Griffith is plenty content racing in the high-pressure situations that big-money bracket racing presents.

“It seems like bracket racing is at its peak right now,” Griffith says. “It would be nice to keep racing like this and keep having some success. We’ll try to keep this going.”