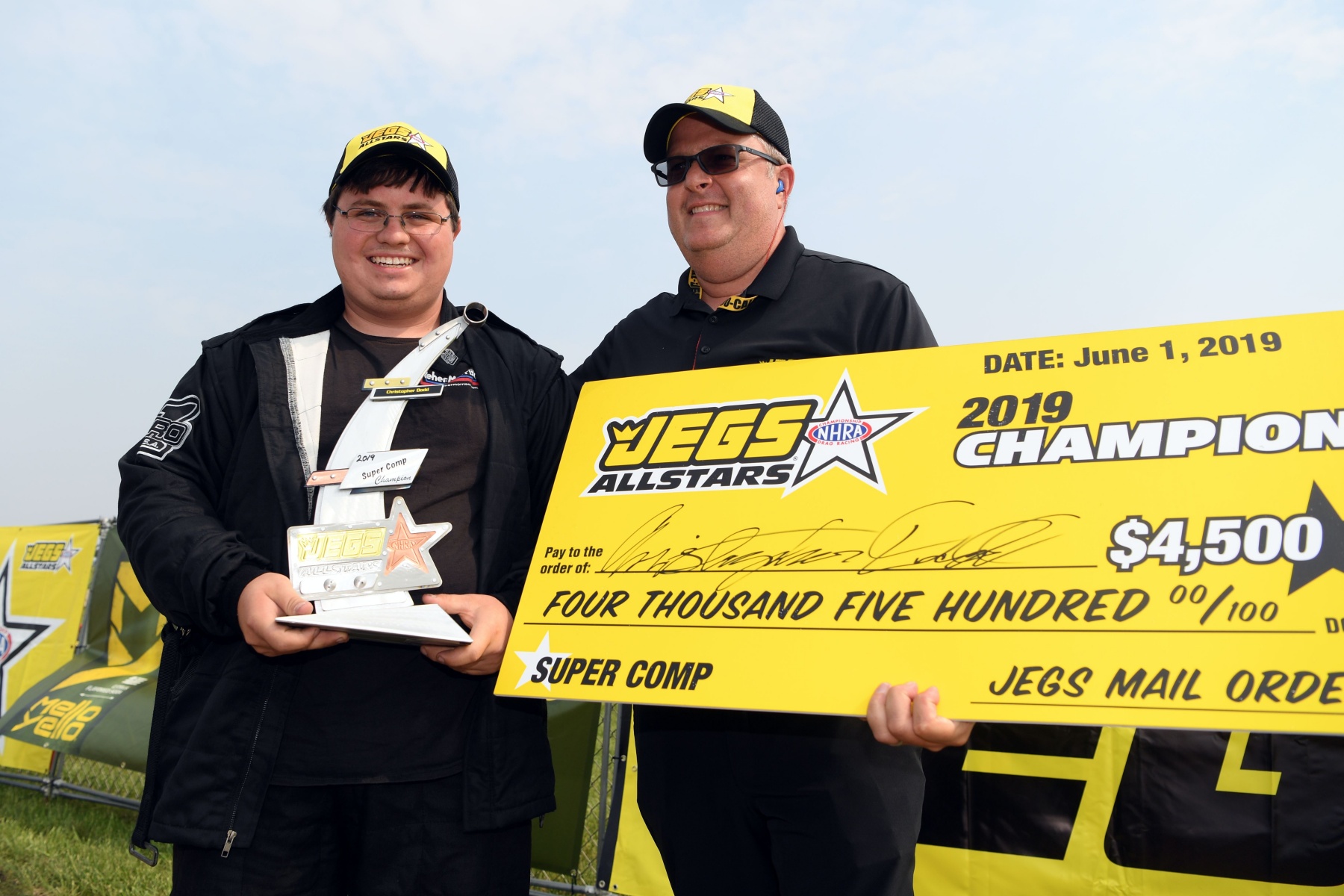 Christopher Dodd has only ever known a life of racing. Born into drag racing with a father who was devoted to the sport, the young Texan made his first appearance at the dragstrip when he was just a handful of months old. When Dodd turned 8 and got his first Jr. Dragster, his destiny was set in stone.

Sean, Dodd’s father, raced in the highly competitive and very fast world of Comp Eliminator, but when Dodd was about 10 years old, his dad took a step back and primarily focused on his family. At that time, their Jr. drag racing program really ramped up, and they had a fair amount of success. As Dodd approached the end of his Jr. career, the family invested in a Super Comp dragster.

Super Comp appeared to love him right back as Dodd reached his first national event final at his home track, Texas Motorplex, in 2014. Two years later, he won his first national event in St. Louis. To date, he has five wins in eight final rounds, along with an assortment of division wins, and does it all while maintaining an active role in the family business, Premier Pools Inc.

Dodd had a dream ending to the 2020 season, winning his first national championship to cap off a year that had been riddled with a weird, jagged schedule and a race car that had given him fits between extraordinary performances as he tried to uncover a dodgy little gremlin.

Persistence was key, and in 2021, that same determination quickly translated to continued success.

At the time of print, the 25-year-old had already sealed the deal on the 2021 Division 4 Super Comp championship, and it was down to the wire for a second consecutive national title as the NHRA tour headed to Pomona for the season finale.

“What I’m most proud of in my career so far is winning the Super Comp world championship last year,” says Dodd. “That was awesome, and to win the Division 4 championship that same year was pretty incredible, to say the least.”

Looking to the years ahead, Dodd intends to continue Sportsman racing, both in Super Comp and Super Stock, and he isn’t opposed to hopping in a Comp Eliminator car one day, too. He’s also planning on expanding his skillset during the offseason.

“Over the winter, Dad is going to teach me how to race a 5-speed car,” Dodd reveals. “I would love to get behind the wheel of a Pro Stock car one day. We’re just going to start practicing, in case the opportunity is ever available to hop in one. But I don’t know. I see myself racing Sportsman classes for a long time.”