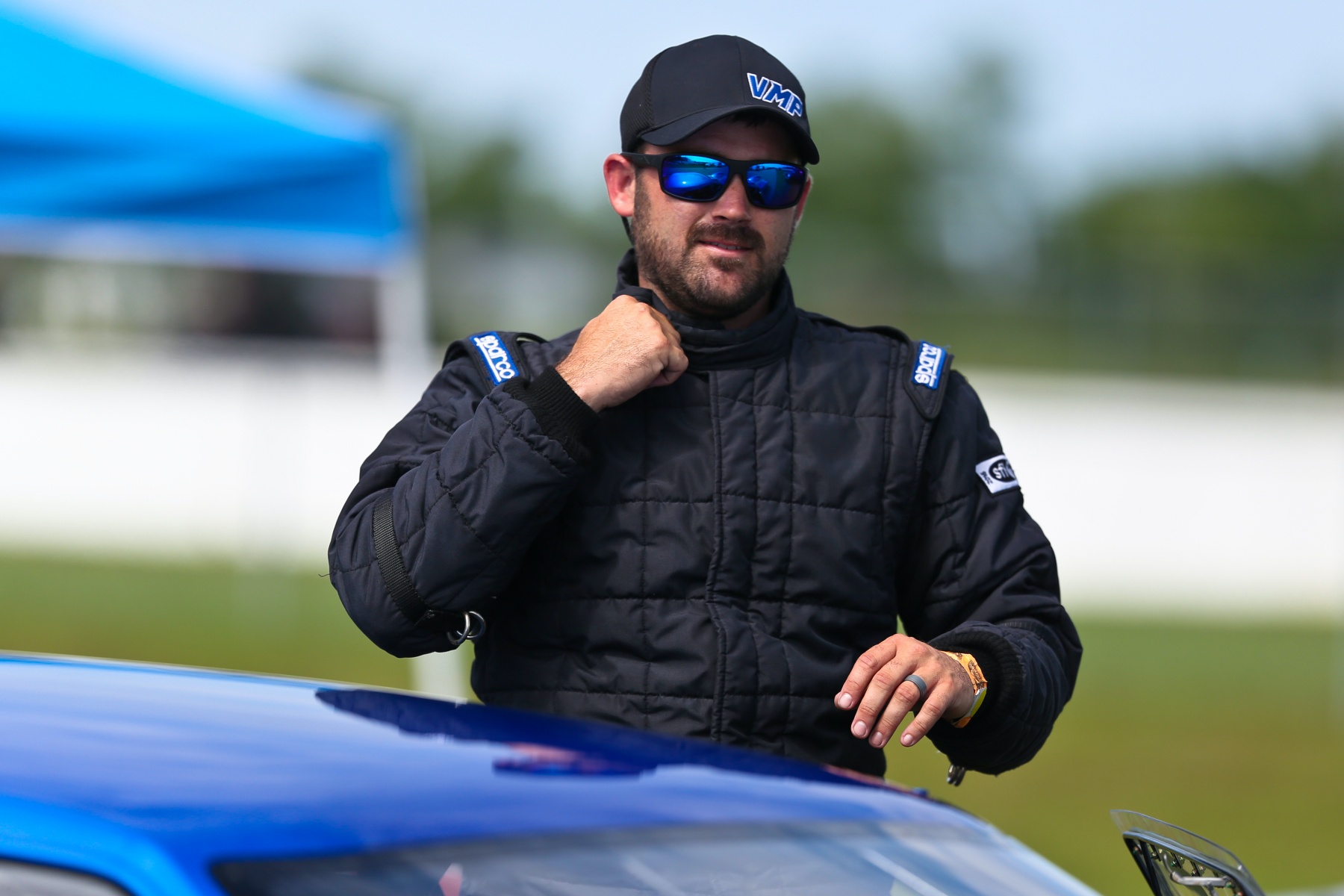 As Buddy Perkinson says, he’s been around for a while. He burst onto the NHRA scene when he was in his late teens after a successful Jr. Dragster career that included a pair of Outlaw 330 championships. The Virginia native ran well in Comp Eliminator before jumping up to Pro Stock at age 19, where he raced off and on for a few years driving for Jim Cunningham, KB Racing, Allen Johnson, and even a stint with a car prepared by Pro Stock great Larry Morgan, who Perkinson still counts as a close friend and mentor.

But most recently, Perkinson has been putting on a clinic in Elite Top Sportsman, one of PDRA’s fast bracket racing classes. Driving the family’s Musi-powered LAT Racing Oils ’69 Camaro, Perkinson won the 2020 PDRA Elite Top Sportsman world championship with a win and two runner-up finishes. This year, he picked up a late-season win to finish fifth in points.

“I don’t understand why anyone would want to race anywhere else,” says Perkinson, who turned 30 in September. “I’ve raced everywhere. I’ve done the NHRA stuff. I’ve done local bracket racing. I’ve been there. And PDRA is definitely, by far the best series that I’ve raced. I love fast door cars, so why not run a fast door car bracket racing? I think it’s what suits me the best.”

Perkinson admits he’s still drawn to the allure of heads-up racing. He almost moved up to Pro Nitrous after winning the championship in 2020, and with a former Pro Nitrous car still sporting a 959-cubic-inch engine, he has just about everything he would need to run in the headlining class. But work at the family’s construction company keeps Perkinson and his father, Mark, plenty busy. Plus, Top Sportsman racing just checks all the boxes.

“In heads-up racing you have two or three winners all year long. In Top Sportsman this year, we did not have one single repeat winner,” Perkinson explains. “It’s a lot more driving involved if you ask me. It’s nowhere near the amount of maintenance on the car [compared to Pro Nitrous]. So you really get to enjoy drag racing. It’s kind of like the way it used to be where you go run a bracket race and you make 15 passes a weekend. No, we’re not doing that with our car, but we are legitimately dialing, holding a number or two, and needing a .00 reaction time every pass. We are legitimately racing both ends of the racetrack. For me, it’s been really enjoyable.”

Perkinson has accomplished so much in the sport in a relatively short amount of time. He’s raced alongside the biggest names in NHRA Pro Stock and held his own against power players on the eighth-mile scene, whether it’s Top Sportsman or a brief run in Mountain Motor Pro Stock. He’s done it all with his family by his side.

“My parents have definitely put a lot of money and time into this sport,” says Perkinson, who races alongside his cousin, Randy Perkinson, in Elite Top Sportsman. “A lot of the accomplishments that I’ve had before the age of 30 would’ve never been possible if it weren’t for them. My uncle [Christy] has definitely been a big part of our racing program, every step along the way.

“And I’d probably say that my biggest influence has been Larry Morgan. When I’m down and need to talk to someone, it’s probably Larry Morgan. Larry took me under his wing and he treated me like family.”

After fighting through parts issues at a handful of races this year, Perkinson is motivated to get back on top in Elite Top Sportsman.

“I love what we’re doing and I love bracket racing,” Perkinson says. “I see us staying there and I’d like to win another championship. That’s our goal for next year.”