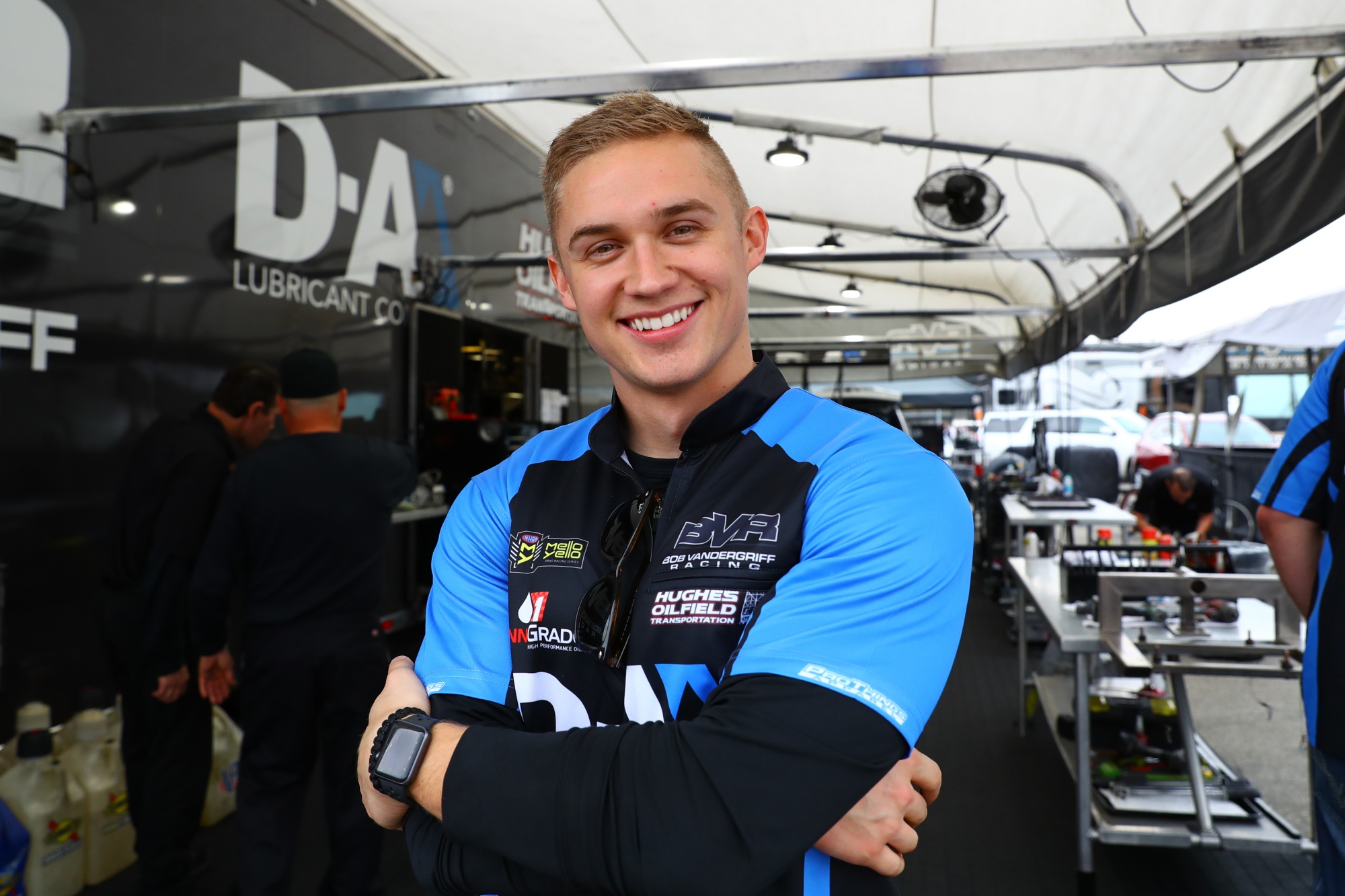 He only raced a partial season in 2019, but 24-year-old Jordan Vandergriff has already made a name for himself in NHRA’s Mello Yello Drag Racing Series. The Top Fuel rookie dipped his toes into drag racing three years ago when he licensed in Super Comp at Frank Hawley’s Drag Racing School. Before then, his parents had kept him at a distance from the ultra-fast sport and encouraged a concentration in stick-and-ball sports and school.

“But I was always a Top Fuel dragster guy,” says Vandergriff, who grew up watching his uncle, Top Fuel driver and team owner Bob Vandergriff, compete. “I’m still in school, but now I’ve moved to Indiana to work full-time at BVR [Bob Vandergriff Racing]. That way, I’m available for anything that needs to be done.”

The most important thing on the task list this year has been truly settling into his Top Fuel car, and he hasn’t seemed to have much trouble doing that. Under the tutelage of his uncle, Vandergriff raced to the semifinals in his Phoenix debut and reached the final round in Dallas. By year’s end, he will have only raced 11 events in the category yet already has a reputation as a guy you don’t want to meet first round.

“My uncle has taught me everything I know,” he says. “I didn’t know anything about even working on the car, let alone driving it, and he’s helped me big time but also let me learn. I’ll make a run, then he’ll go over everything with me and tell me what to fix. I think that’s the best way to learn how to drive one of these things, by finding out for yourself.”

To date, and rightfully so, the younger Vandergriff holds the final at Texas Motorplex – where his uncle scored his own first Top Fuel win – as the high point of his young career.

“As much as it hurt to lose that one, getting there was amazing,” Vandergriff admits. “To be the last two cars and have everybody watching you, it was really cool. But hopefully the win is coming.

“I think it helped me earn a 30 Under 30 spot, and that means a lot to me,” he continues. “This list embodies the future of our sport, so it’s really special. I’m looking forward to helping make this sport bigger and better.”

His vision is clearly set on the future, but the ambitious young driver isn’t losing sight of the moment.

“When I think of drag racing, I think of Top Fuel,” says Vandergriff, punctuating the statement with his characteristic smile. “It’s always been a dream of mine, and now I’m living it.”