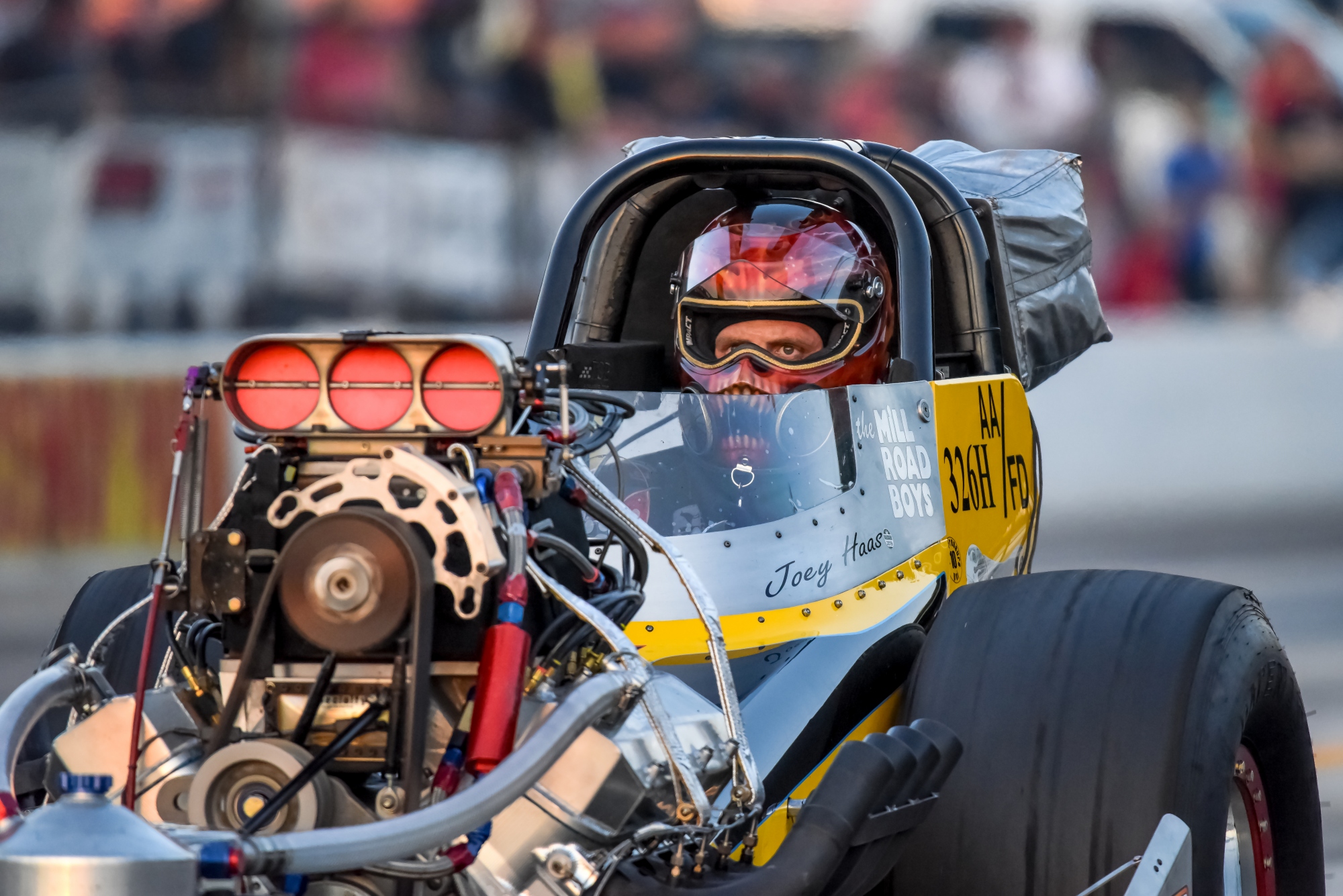 Nostalgia drag racing may be seen as an older man’s sport, but 28-year-old Joey Haas is paving the way for younger generations. Following in his father’s footsteps since he was 14, Haas now drives a ’71 Mustang Funny Car, a fuel altered and a front-engine Top Fuel dragster.

“I guess I’ve just been groomed in the nostalgia stuff,” Haas says. “I think at times I grew up in the wrong generation. Then again, I think I’m just supposed to carry it on.”

The dream scenario occurred last year when Haas raced against his father, Joe, at Funny Car Chaos. “Obviously I wouldn’t be racing if it wasn’t for him. He was the best teacher I could have,” Haas says. “It was a big moment, but we knew it was coming at some point.”

Not content with running just one class, Haas built a ’34 Ford body to sit on the Funny Car chassis and run at fuel altered events. He’s already had success with it, winning the World Fuel Altered Nationals “B” field in both 2017 and 2018.

“It was big,” Haas recalls. “I don’t think you get a lot of respect until you’re over 30. I think you’re expected to fail in a way. So it was good to be able and go out there and win.”

Although Haas is currently embedded in the nostalgia world, he believes modern racing is where he’s being led. His goal is to soon be licensed and racing in either NHRA Top Fuel or Funny Car. “I’m trying to step up on the ladder while I’m young,” he says. “I’ve got this window here, and I need to move on it as much as I can.”