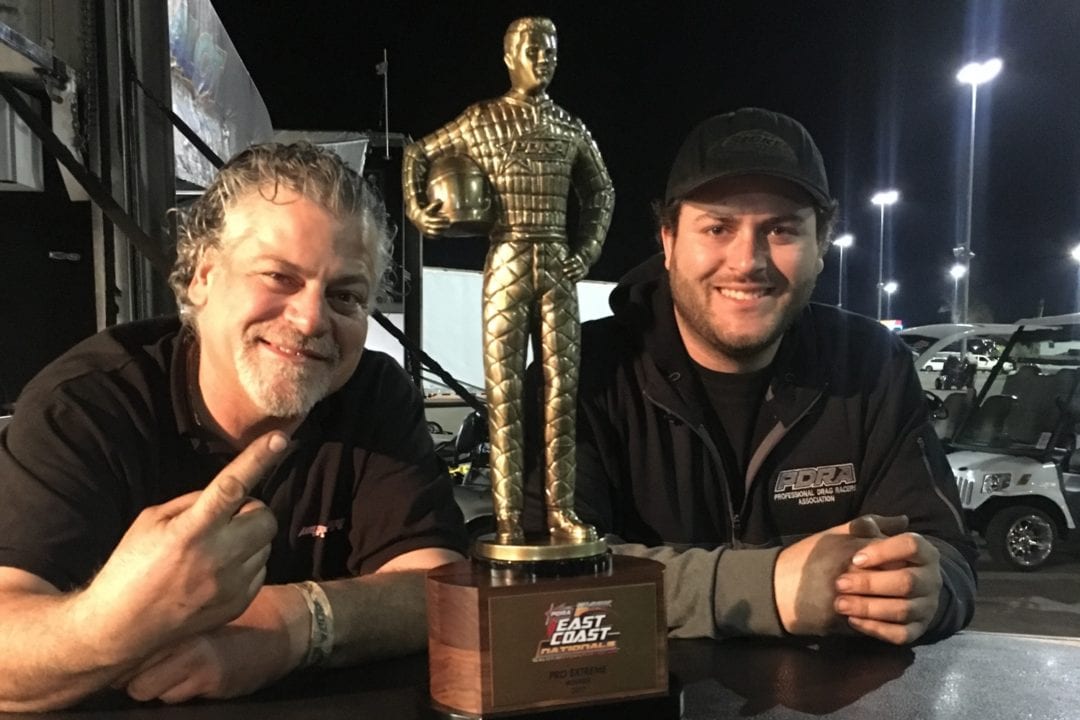 Long before Mike Recchia was crowned the 2017 PDRA Pro Extreme world champion, he was dominating in the Chicago Wise Guys outlaw series. At that point his son, Michael, was racing Jr. Dragsters. As time went on, the younger Recchia realized he had more fun tuning one of the baddest hot rods in the nation, his father’s screw-blown Agrow-Fresh Produce ’69 Camaro, than driving.

“I started getting into tuning about five years ago,” Recchia, 28, explained. “My dad has been giving me more and more freedom over the years and I pretty much took over the reins about two years ago, making the calls on the chassis adjustment, the tune-up, the timing, all that.”

At 16 years old in 2005, Recchia had begun bracket racing a Camaro. Four years later he had the option to either transition to his dad’s old car and continue racing locally or crew professionally as the team expanded to chase national series.

“I decided that I would much rather chase the professional ranks alongside of him and learn more about the tuning aspect of it. I felt like that was a lot more exciting than just doing the local races. I love trying to figure out a way to get more and more out of the car. I’ve always been very interested in problem solving, and I’ve always loved figuring out a way to get that next thousandth of a second.”

Recchia works alongside his dad away from the track, as well. They bat around tuning ideas at Agrow-Fresh Produce near their Chicago home.

The team got their first win at GALOT in the spring of this year and then quickly followed that up with another final round appearance in Darlington and then a win in front of their hometown crowd in Indianapolis. While a massive engine detonation slowed their progress at the final two events of the year, their success early on was enough to hold on for the championship.

As for getting back behind the wheel, Recchia says, “maybe eventually.” Right now, the Pro Extreme championship is still sinking in. “Whenever someone congratulates us, it’s surreal that we’ve actually been able to make it this far in the professional ranks. It was a great feeling when we got our first race win, let alone a championship. It still hasn’t even sunk in yet.”