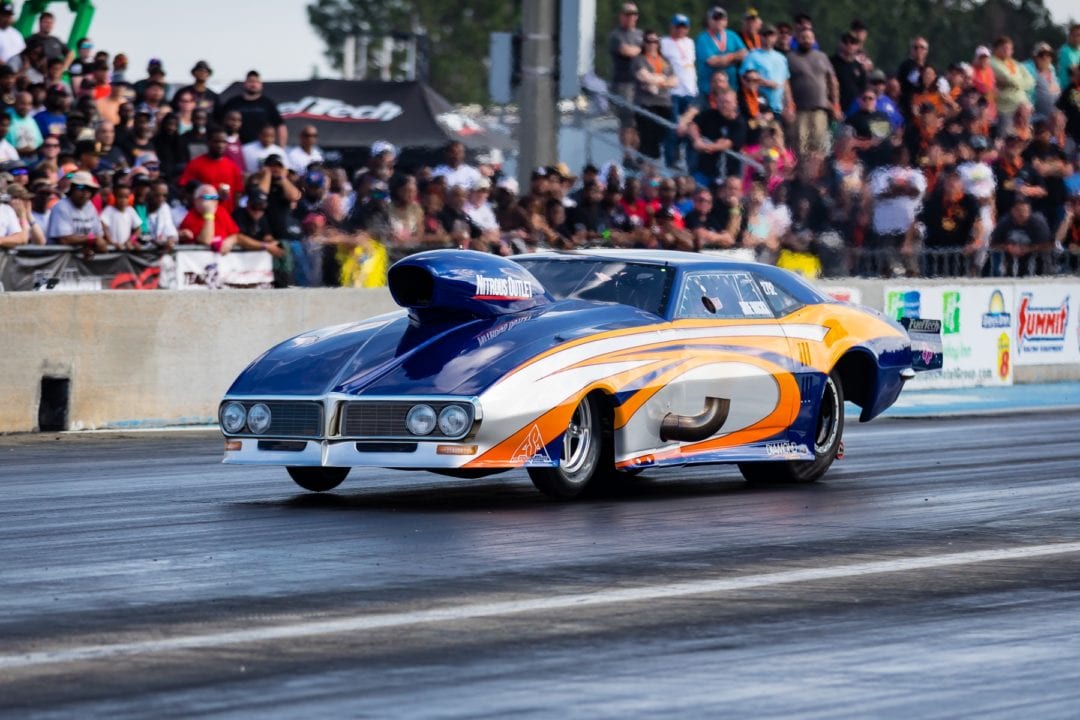 At just 17 years old, Jamie Hancock became the youngest-ever champion of a major, touring drag racing series when he won the 2007 ADRL Pro Nitrous world title. Fast-forward seven years to Hancock and his father and crew chief, James Hancock III, being the first to convert a full-on, tube-chassis Pro Mod to drag radial use and going on to win Donald Long’s No Mercy 5 with the same nitrous-boosted 2004 Corvette and forever altering the radial racing landscape.

“After the ADRL championship we had been running mostly local stuff, but that win really opened our profile up, especially in the drag radial world,” the Opelika, Alabama, native says. “We actually won several races that year (2014) and set a few records, so that was actually a pretty good time.”

Now driving a nitrous-huffing ’68 Firebird, also converted from Pro Mod configuration that made its radial debut at Bradenton (FL) this January, Hancock earned his first win with it at Shadyside Dragway (NC) in April, and then went on to double up as champion of Huntsville Dragway’s spring and fall Radial Fest races, after finishing runner-up in six previous, consecutive attempts.

In the meantime, Hancock, now 28, graduated as a machinist from Southern Union College in 2011, the same year he married longtime sweetheart Sydney, and this year became a two-time father when she gave birth in October to baby girl Jennings, joining big sister Julie Anne, born a little over a year earlier.

Now employed as sales manager for ASA Performance in Columbus, Georgia, Hancock plans to continue racing the Firebird in 2018, alongside the unique ’68 Falcon Ultra Street entry campaigned by ASA owner Shaun Arnold. “It works out great because we both love to go racing on the weekends and I think it gives us a lot of insight and credibility with our customers,” Hancock says. “Between that and my family at home, things are going really good right now.”