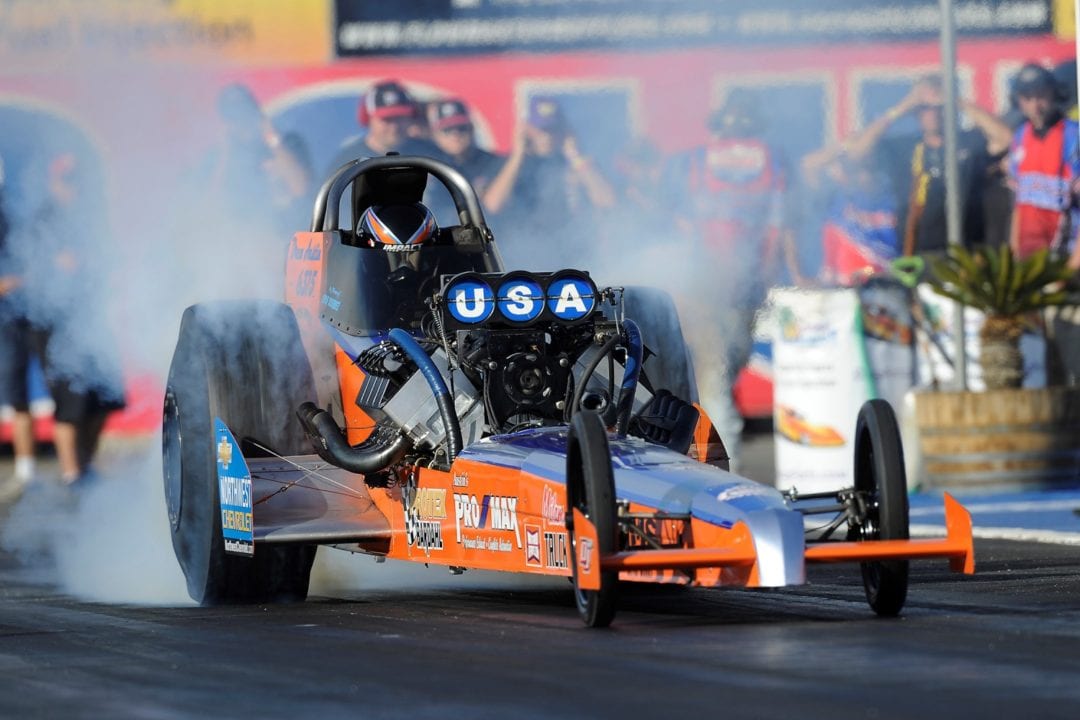 Following in the footsteps of a legendary father is never easy, but it hasn’t taken Drew Austin long to carve out his own niche. The 24-year-old is the son of ultra-successful driver Pat Austin, but the younger Austin is on the fast track to his own impressive success in the NHRA Hot Rod Heritage Series, finishing as runner-up in the A/Fuel class for the third straight season.

He’s earned multiple wins and the respect of fellow competitors in that span, also grabbing a spot on DRAG ILLUSTRATED’s 30 Under 30 list for 2017.

“I’ve been watching that list and there’s so many good drivers on it,” Austin says. “To now make it and be a part of it, it means a lot.”

Pat Austin left an incredible footprint in the sport as a driver, with 70 of his 75 NHRA race wins coming in the Top Alcohol Funny Car class. He won four national championships and a host of other honors, but Drew has never once thought of his own racing career as trying to match that resume. In fact, the pressure of following in those footsteps is nonexistent. Instead, he maintains a close relationship with his father, his uncle, Bucky Austin, and the rest of his family who work on the A/Fuel car.

“I love it and I don’t feel any pressure from it,” Drew Austin asserts. “My dad supports me 100 percent and he’s always supported me. I don’t feel any pressure by any means. Hard work pays off, and that’s been my dad’s thing as long as I can remember. I’ve learned the work ethic of what it takes to learn your car and run your car. I see it as an opportunity to learn a lot.”

Drew has taken full advantage, finishing as runner-up to Kin Bates the past three seasons in the NHRA Hot Rod Heritage Series, winning the most races in the class in that span.

Austin got his start in the nostalgia ranks in 2014, debuting at the California Hot Rod Reunion, and the team has stayed relatively intact since. It’s been a tremendous thrill for Austin, who has enjoyed success while working hands-on with his father and family. He hasn’t thought too far ahead in the future, but as for 2018, Austin hopes to take that one final step and grab his first A/Fuel world championship.

“Next year, we’re really going to come out swinging, not hold anything back and really get after it,” Austin says. “After three years of running in this class, we’ve got enough data and experience and we’re feeling very confident.”