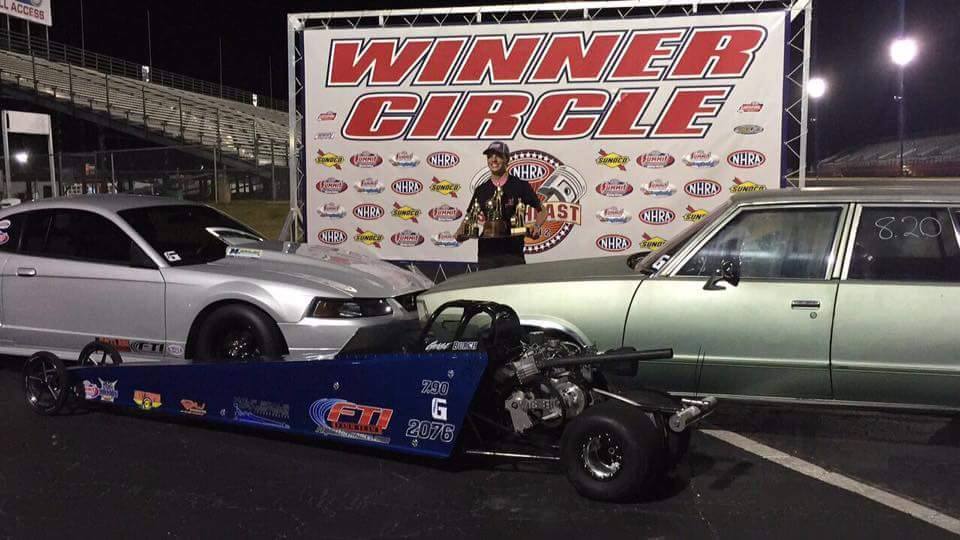 Bracket racing sensation Gage Burch has racked up more NHRA Wallys and various event trophies than most racers could even dream of winning in their lifetime. Unfortunately for the fellow competitors in his home division, the NHRA’s Southeast Division, Burch is only 16 years old, and he has a whole lot of winning left to do.

At an age when most kids his age are just beginning to drive, Burch can be found dominating in both Junior Dragsters and “big cars” in NHRA and IHRA competition. This year alone, he’s won the IHRA Tournament of Champions in Junior Dragster, the IHRA Division 2 Street championship, a $3,000 win at the World Footbrake Challenge, followed up with a win in the $5,000 64-car shootout at the NHRA JDRL Eastern Conference Finals. He also kicked off the season with a double-up victory at the New Year Nationals, but the race weekend that put the Florida racer into the history books was the NHRA Division 2 Finals at Atlanta Dragway. Burch collected four Wallys in two days, winning the Advanced Junior Dragster Race of Champions, Sportsman Race of Champions, and the High School event on Saturday, then securing the Southeast Division Advanced Junior Dragster championship on Sunday. As far as records can tell, he’s the first person to win four of the prestigious trophies in one weekend.

“It feels pretty cool now that I think about it, but at the time I wasn’t really thinking about it and I didn’t think it was that big of a deal,” Burch admitted of his feelings on the historic accomplishment. “We showed up at the racetrack wanting to win, and it ended up happening. It was just a really cool deal, and I’m glad my family and friends were all there to experience it with me.”

After thanking a long list of family, friends and supporters, including parents Matt and Diane, car owner B.J. Bianchi, and sponsors FTI and Mickey Thompson, Burch added that he’ll continue to race in sanctioned events and big-money bracket races in the Southeast. His Junior Dragster career will conclude at the end of the 2017 season, but as that door closes, another will open – he’ll finally be old enough to compete on the national-event level beginning at the 2018 NHRA Gatornationals.