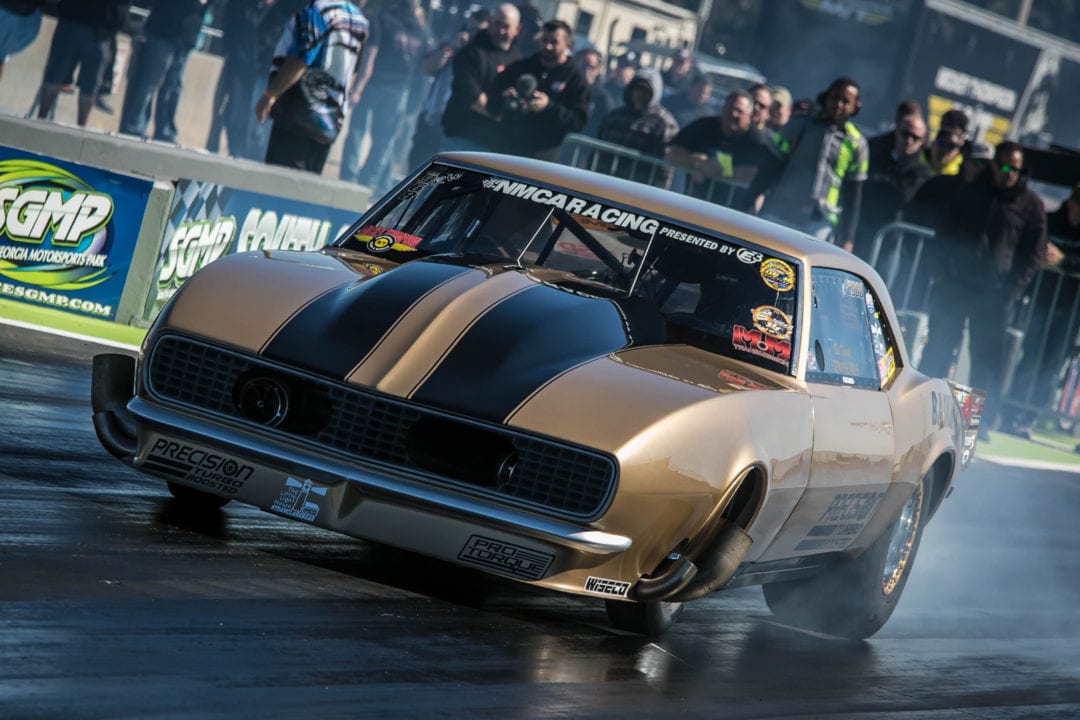 The numbers have since reached the unbelievable in just a day, but Dewayne Mills will always have the distinct honor of being the first Radial vs. The World car to reach the 3.60s.

Mills set the pace during Thursday’s memorable final qualifying session at Donald Long’s $101,000 to win Sweet 16 win at South Georgia Motorsports Park, running 3.696 at 212.69 mph in his “Golden Gorilla” Camaro. That number put him sixth after the wild finish of Friday’s qualifying, but it’s a significant moment that’s not lost on the former No Mercy and Lights Out winner.

Mills continues to be equal parts steady and spectacular in a Camaro that has stood the test of time.

It has become as reliable – and successful – as any car in Radial vs. The World over the years, not bad for a vehicle that was Mills’ first street car. He still has the original tags and title for the Camaro, but with constant tweaking and upgrades, Mills has become a force in the talent-filled class.

“It’s the same car and we keep working on it,” Mills said. “I drove this around for years. We could have jumped ship and done the whole Pro Mod thing, and we thought about it a few times, but this ole’ heap comes back and shows it’s something else.”

But Mills, who has been to every one of Long’s events in Valdosta, was still taken aback by the historic first run in the 3.60s. It was set up to run in the low 3.70s and then proceeded to set personal bests all the way around, from 60-foot to 330-foot and everything in between.

“It was a surprise for me,” Mills said. “It was great and everybody was up on the starting line having a good ole’ time. That sucker was rolling.”

Mills didn’t push the envelope too much on Friday, but the veteran standout will certainly be ready for Saturday. He’s fired up for the chance to race for the massive $101,000 payday that’s on the line, and if a run calls for it Mills won’t be afraid to try to dial up something special on Saturday.

“If we make to the later rounds of this deal, you can guarantee it’s no holds barred,” Mills said. “This sucker is going as fast as it can.”