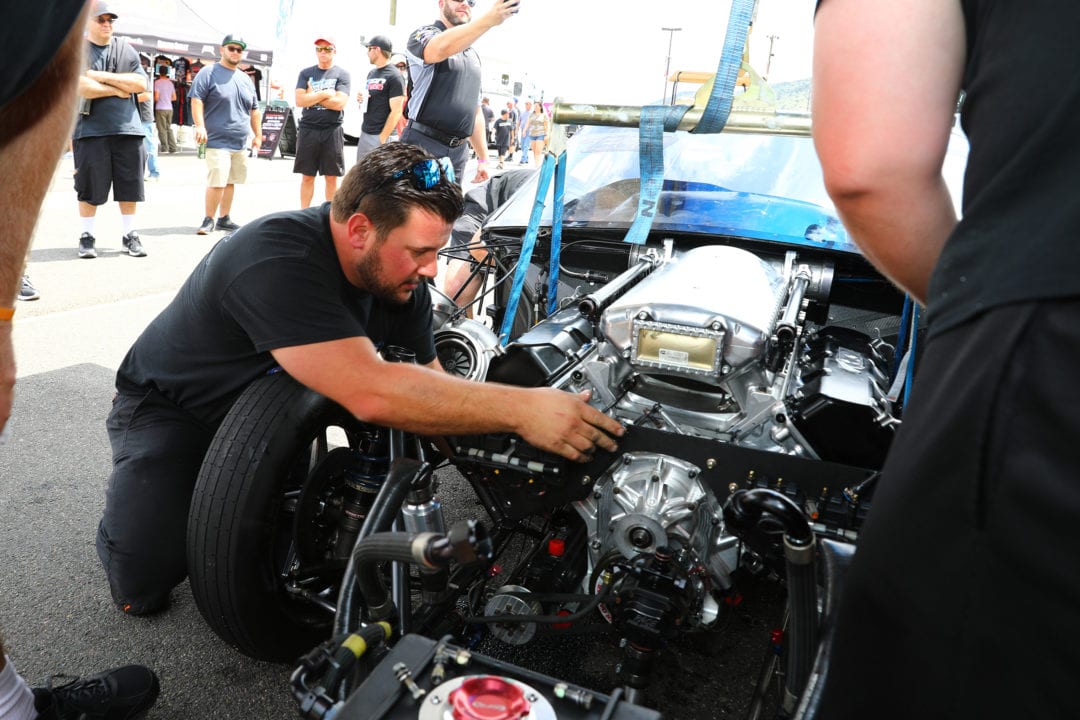 It was all hands on deck early on Saturday at Bandimere Speedway, as defending World Series of Pro Mod champ Carl Stevens Jr. and his team performed a last-minute engine swap on the Jim Bell-owned turbocharged Camaro.

Stevens kicked a rod during his second – and what proved to be his final – pass on Friday on the XRE Racing Engine. Stevens and the team put the new engine into Bell’s Camaro early on Saturday, as the team prepared for eliminations and the chance to win $100,000 for the second straight year.

But the engine issues and adverse situation wasn’t exactly what Stevens had in mind after running so well in testing this week and all of last year in Denver. 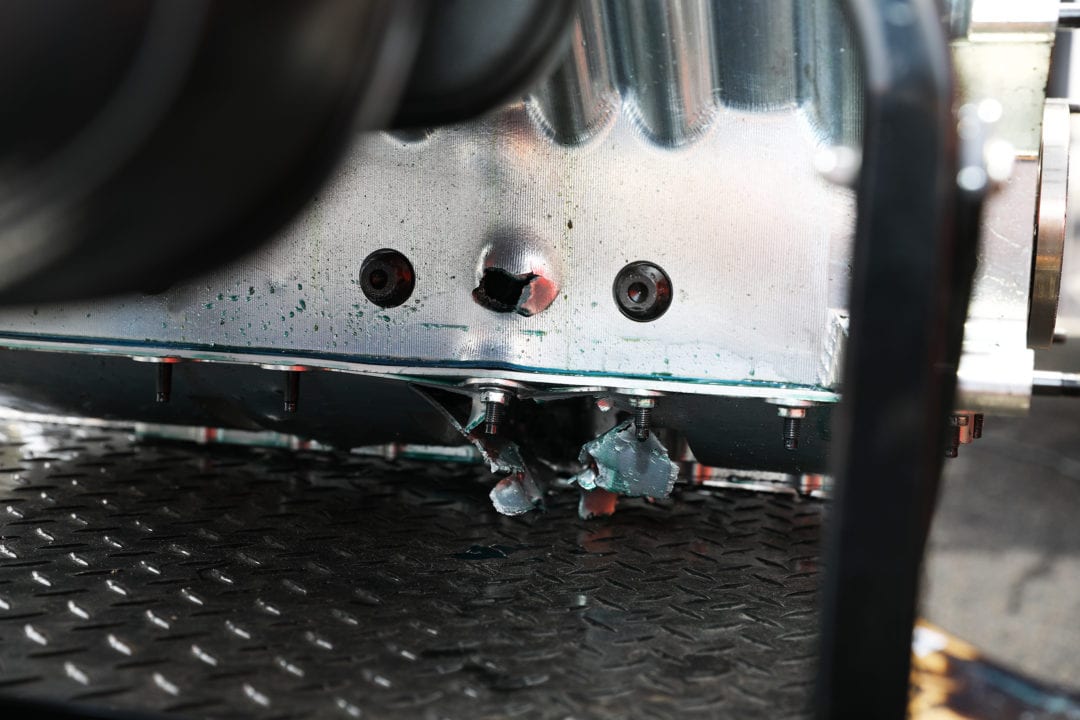 Without question, tt was a sudden turn of events for Stevens after he looked strong during two test passes on Thursday. He had also turned in a series of impressive runs a year ago en route to the $100,000 win, but Friday proved to be a difficult day for Bell and Stevens.

The JB’s Power Center Camaro shook hard right off the starting line during the first pass on Friday, and it didn’t get any better on the fateful second run. The front wheels stayed off the ground for a good portion of the pass that looked good early, but the engine blew a rod down track, kicking up smoke and immediately putting the team in a precarious situation.

They sat out the final run under the lights on Thunder Mountain to assess the situation, making the engine swap a day later. It wasn’t an ideal situation for Stevens and Bell, but the reigning WSOPM winner has already shown his worth on the mountain. With several hours to spare before eliminations, Stevens will look to rebound quickly.

Pre-race ceremonies and first-round pairings take place at 5:30 p.m. MT, with the first round of eliminations slated for 6 p.m. MT. 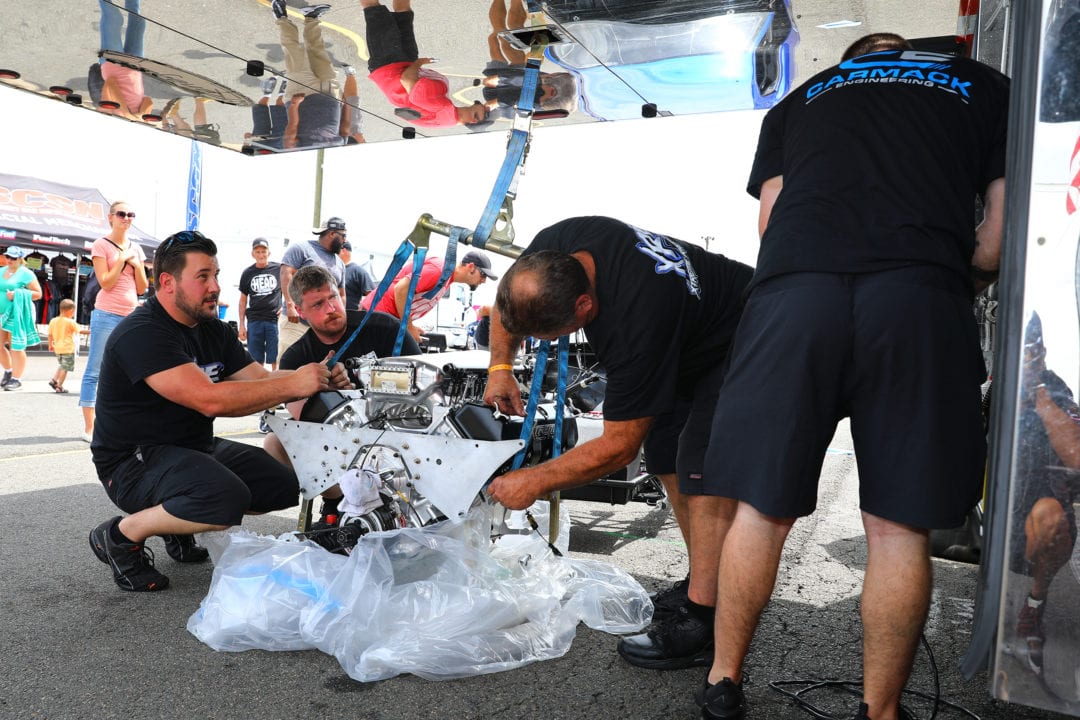