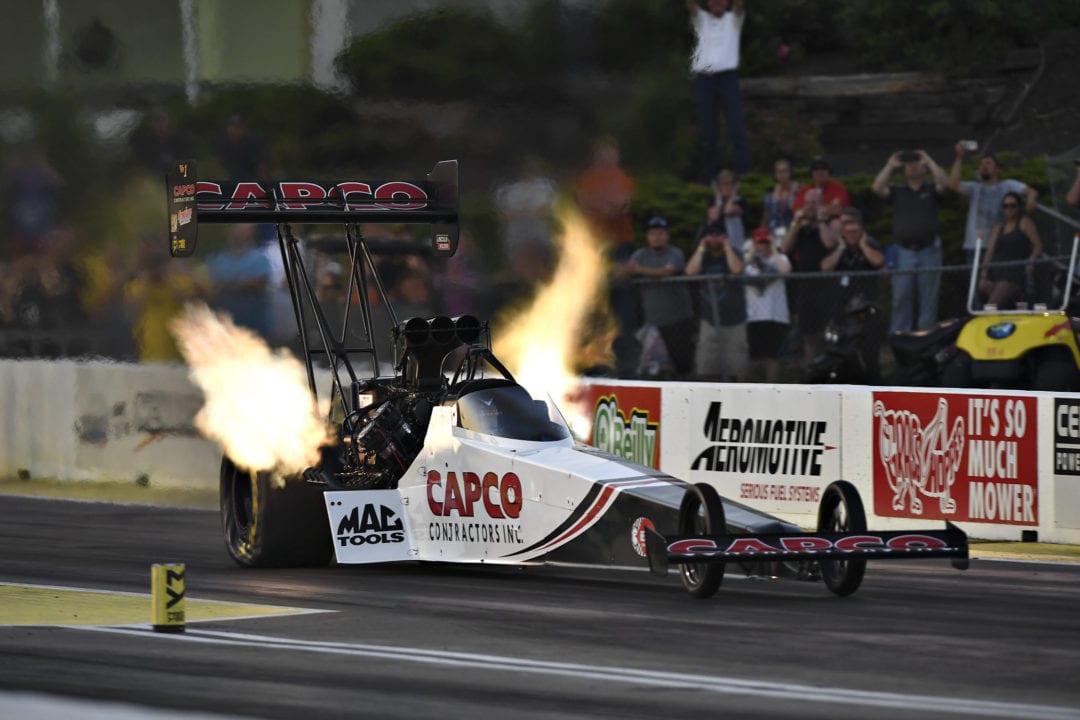 Todd paced the Funny Car category Friday evening with a run of 3.924-seconds at 318.99 mph in his DHL Toyota Camry. He is chasing his first No. 1 qualifier of the season, second win on the year and first at Heartland Motorsports Park.

“It was a good run,” Todd stated. “I came back afterwards and Todd (Smith, crew chief) and John O. (Oberhofer, crew chief) said it ran better than they expected it to. That was a good rebound after Q1 where we were conservative and spun the tires. Good way to bounce back for the yella fellas, that’s nice and smooth.” 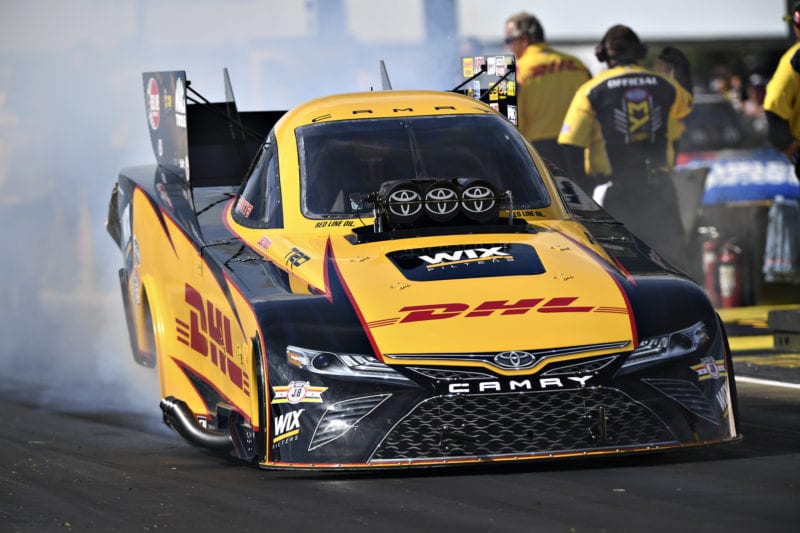 S. Torrence is the provisional qualifying leader in Top Fuel with a 3.760 at 325.45 during the second round of qualifying. He is entering the event with four consecutive victories on the season and is seeking for his second No. 1 qualifier of the season in his Capco Contractors dragster. His father, Billy Torrence, finished the day in the second position after his pass of 3.765 at 323.58.

“It’s going to be an important weekend to be No. 1,” S. Torrence said. “Knowing that the car is doing exactly what Richard (Hogan, crew chief) and Bobby (Lagana Jr., crew chief) are telling it to do on the track makes you more comfortable getting in. Allows us to have a little bit more confidence and swagger heading into those sessions when you know you can go No. 1.”

Qualifying continues for the Menards NHRA Heartland Nationals presented by Minties at 12:30 and 3:45 pm CT on Saturday.