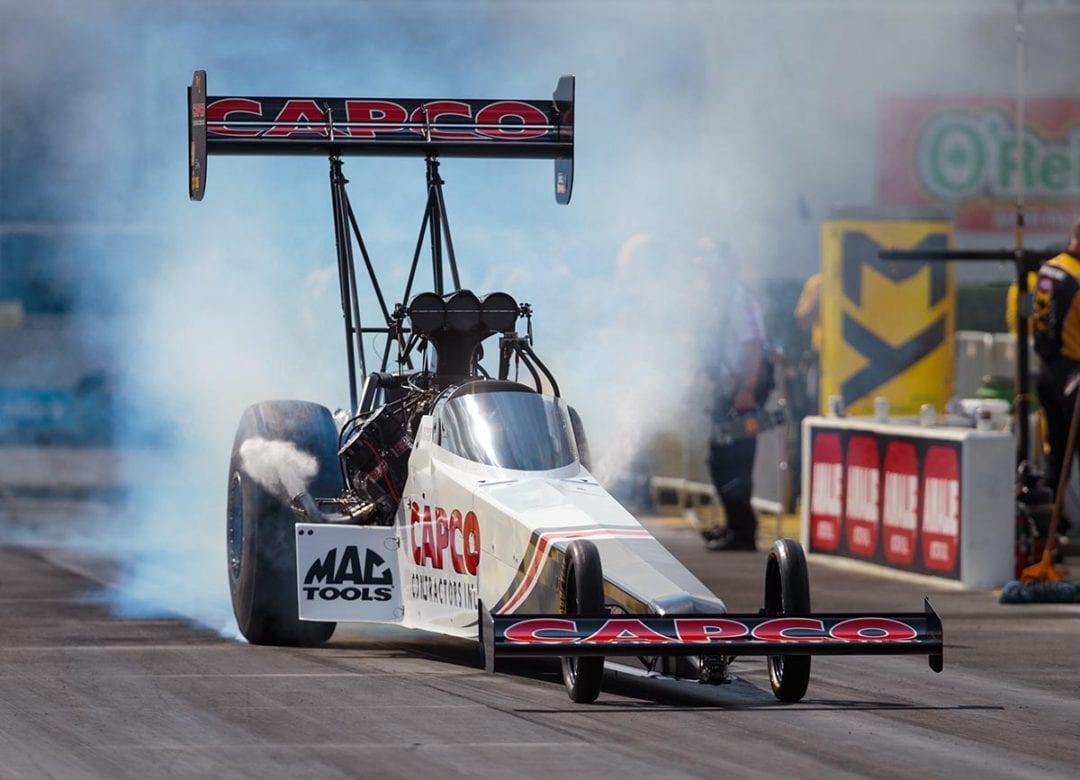 HOUSTON – Steve Torrence, the reigning Mello Yello Champion and one of the Top Fuel favorites in this week’s 32nd Mopar Express Lane SpringNationals at Houston Raceway Park, has become an inspiration to a new generation of professional drag racers, not so much because of what he has done but because of how he has done it.

In an era in which conventional wisdom suggested that no one could succeed at the sport’s top levels without being part of a multi-car team capable of producing proprietary components including engine, chassis and cylinder heads, Torrence has dominated with one primary race car outfitted with “off the shelf” parts. 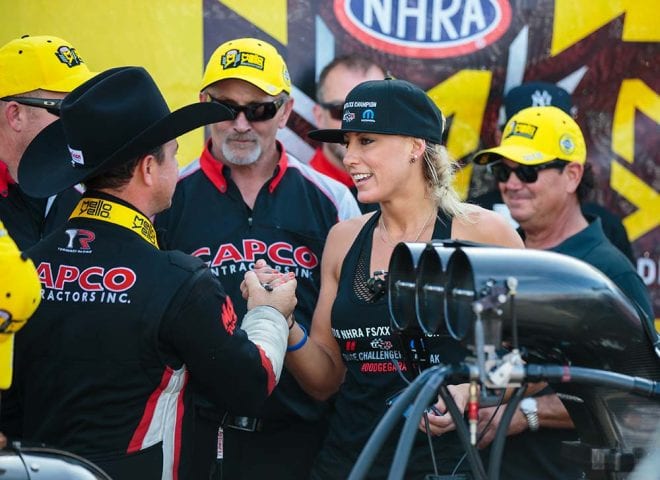 “We’re not some big powerhouse that’s building our own parts,” said the 36-year-old native Texan. “It’s all about the boys that put these things together and the guys that are making the calls to tune it. It’s the guys that are doing the work and these Capco Boys, they just pay so much attention to detail.

“I can’t give them enough credit,” he said. “We went out and bought everything off the shelf, put it on the race car and won the championship. The thing is, whether it’s DSR (Don Schumacher Racing), Force (John Force Racing) or AJ (Alan Johnson Enterprises), everything is so close. Nobody’s making enough of a difference in power to really justify making a change.”

The strategy has resonated with Torrence’s contemporaries who have been re-energized by the success he has enjoyed the last three years against the mega teams.

That said, there is work yet to be done. Among the Texan’s bucket list items is winning a race at HRP, one of the two Texas tracks he calls home. After ending a lengthy victory drought last year at the Texas Motorplex outside Dallas, the 27-time tour winner is hoping to achieve the same result this week in the SpringNationals, an event in which he was runner-up in both 2016 and 2017.

“We love racing in Texas,” Torrence said. “The only thing we love more is winning in Texas. We’ll have a lot of Capco people down for the race along with our friends from the Chris Kyle Frog Foundation. We started our association with Taya Kyle (widow of the late ‘American Sniper’) at Houston in 2015 and while she’s seen us win, she hasn’t seen us win at Houston. So that’s one of the goals.”

The champion’s dad, Billy, also will race at Houston in a second Capco Contractors dragster. The elder Torrence won earlier this year at Phoenix, Ariz., and currently is tied for sixth in the Mello Yello driver standings.