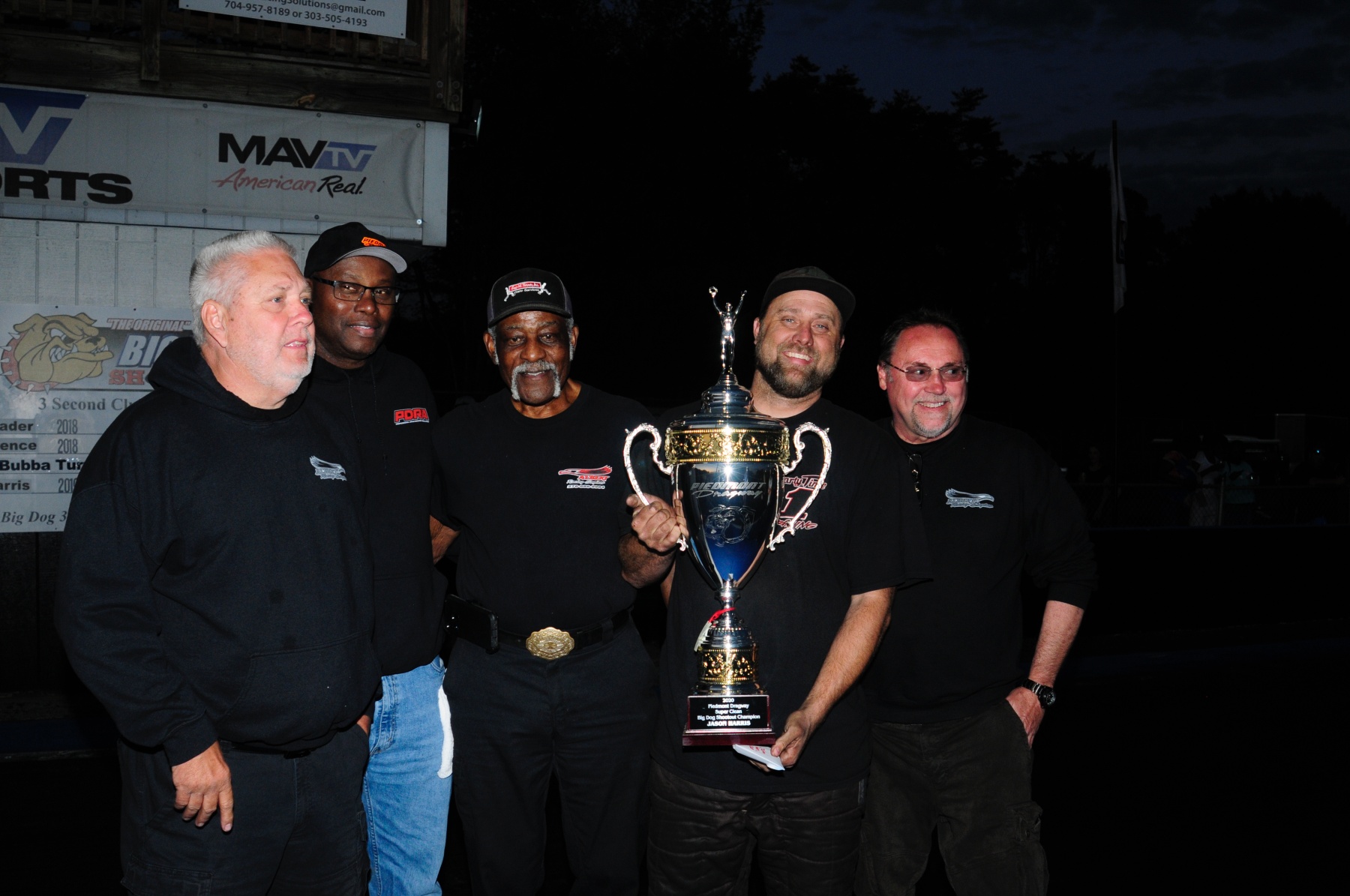 With 2020 finally behind us, everyone, including fans, drivers, and track operators, were ready to begin the 2021 season. Unfortunately, the weather in the Piedmont of North Carolina, had other ideas and the first Big Dog Shootout of the season was moved to April 15, two weeks later than normal. No worries, as this gave teams more time to get ready and on this Thursday, it was finally time to hear the 5-inch-bore nitrous motors and 481x supercharged motors come to life. They did not disappoint.

Of the 14 possible entries that are expected this season, nine cars made the trip and the action started immediately with a qualifying shot that set the tone for the upcoming season. Over the winter, there had been a few shots across the bow provided by Bob Harris and Bryant Marriner. As you know, Bob is Jason Harris’ dad and Jason was the Big Dog points champ in 2020. Marriner owns the ATI-sponsored ’69 Camaro driven by past champion Chris Rini.

In a tremendous display of driving ability, both drivers lined up for the first qualifying session, just like we drew it up, released the button, and showed just how serious they are about winning the porcelain dog trophy. Both cars left, wheels up to about the 330-foot mark, and the “50 Shades of Gray” Camaro of Rini started drifting into the left lane occupied by Harris’ Wine Racing Camaro. Only the experience of both of these gentlemen prevented having two crashed race cars and left everyone in shock. If you missed it, you need to be at the next event.

Eliminations had the ET and MPH record batted around like a ping pong ball and when the dust settled, Harris held on to the ET record with a 3.865 and Rini had the MPH record at 188.71. Yes, they met in the final and here is how they got there. Harris defeated Turner in round 1 and Keziah in the semis, running a 3.866 in the first round. Rini defeated Giangrande in round 1 with a new record 188.88, then defeated Shrader’s game 3.90 in the semis. 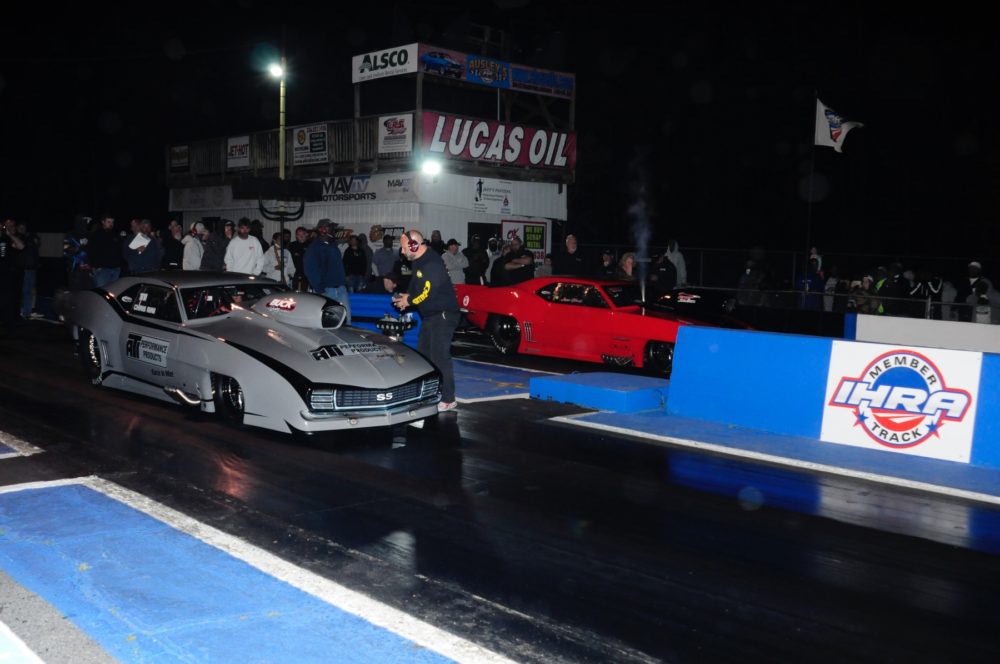 This set up the final that had been in the works for months and it did not disappoint. Both Harris and Rini left wheels up and in the end, it was Harris over Rini by only a few thousandths. Again, if you missed this, there are five more opportunities to experience some of the fastest and closest doorslammer racing anywhere on Thursday, May 6. Come see why Drag Illustrated’s Wes Buck once called this event “The Best Single-Day Event in the Country.”

Other winners for the evening included: Jeff Dalrymple winning the Deep Creek Motors Rico’s Real Street 7.49 bracket. The Performance Tees 6.0 class went to the Vega of Thomas Brothers Racing with Gerald Thomas driving, and the O’Reilly Auto Parts Outlaw DoorSlammers bracket went to the Camaro of “Soggy” Dunn, who was in the house to compete in the “Loose Rocker” event that followed over the weekend.

All in all, a tremendous start to the 2021 season. A great crowd saw why the Big Dog Shootout is so popular all over the country. Enough so that the track increased the purse for winner Jason Harris to $4,000.00, instead of the usual $3,000.00. Be sure and come see us in May.