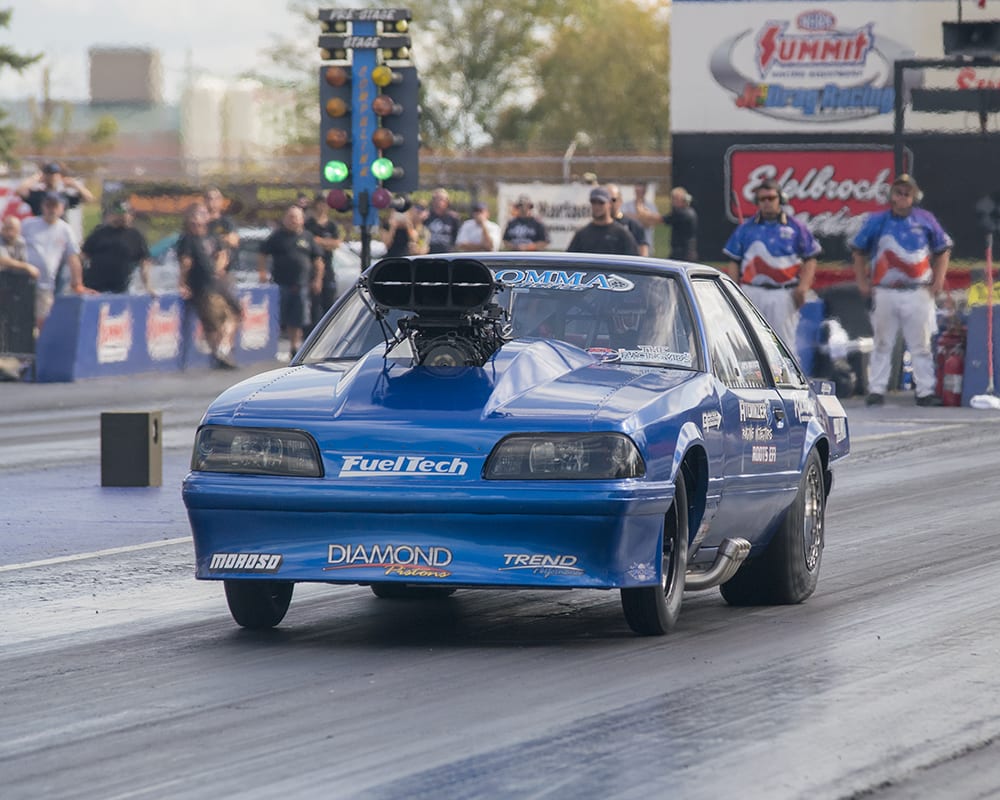 Powerful performances were in the spotlight at the Summit Racing Equipment Shakedown at the Summit presented by Mickey Thompson Performance Tires & Wheels, Sept. 14-17 at Summit Motorsports Park.

In that category, Melanie Salemi secured a 5.71 in her Firebird to set the pace in qualifying, but making it to the final round were John DeCerbo and Mike Gondziola. It was tight on the top end, but DeCerbo turned on the win light with a 5.79 in his Camaro while Gondziola was 5.80 in his Corvette.

Rich Bruder, one half of the famous Bruder Brothers, drove to a 4.39 in the family Mustang to lead qualifying in Wiseco X275, and as he’s known to do, he rode through the rounds and to the win with a 4.38 over Ron Rhodes, who lifted to a 6.96 in his Mustang.

Speedwire Systems Radial vs. The World saw Mark Micke motor Jason Carter’s Malibu to a 3.95 to set the pace, and he remained a force through the final, where he won over Enzo Pecchini and his Mustang with a 3.93 to Pecchini’s off-the-throttle 5.74.

In Callies Pro Street, where 26 cars were attempting to qualify for the 16-car field, John Clement made it happen by pushing his Mustang to a 4.26, but the last pair to power down track in the category were Bryant Goldstone and Charlie Cooper. Goldstone got the win with a 4.33 from his Javelin while Cooper collected a 4.45 in his Mustang.

Track prep expert Tyler Crossnoe captured a 4.75 in his Mustang to lead qualifying in Team Z Motorsports Ultra Street, and made it all the way to the final, where he faced multi-time winner Shawn Pevlor and his Mustang. In one of the most exciting races of the weekend, Pevlor pumped out a 4.71 to win over Crossnoe, who was right there with a 4.72. Additionally, Pevlor was .048 at the hit while Crossnoe was .047. 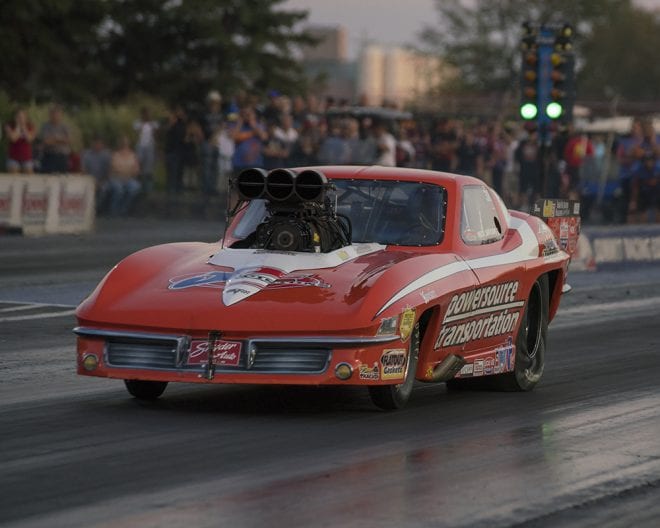 Mick Snyder drove his Corvette to a 6.11 to lead qualifying in Holbrook Racing Engines Top Sportsman, where the top 32 drivers were super-quick and between 6.11 and 6.76, but the final round belonged to Ken Mottshaw and his Corvette and Scott Wasko and his Lumina, and Mottshaw earned the win with a 6.63.

More than 100 drivers with very consistent cars and combinations took part in Trick Flow Specialties Open Comp, and after several rounds of competition, A.J. Buchanan defeated Eric Mills with a 10.14 on his 10.11 dial to Mills’ break-out elapsed-time of 9.35 on his 9.42 dial. Art Cioffi won the Trick Flow Specialties Open Comp 8.50 Shootout, which took place during qualifying. 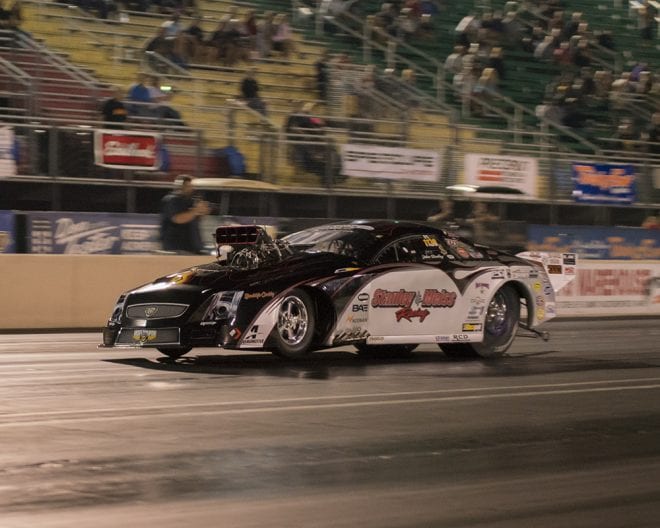 Another special feature of the event was the G-Force Race Cars/Resolution Racing Services Money Shot for the quickest Pro Mod on the property in qualifying, and John Stanley picked up the $5,000 prize after driving his Cadillac to a 5.68.

“This is our fourth year hosting Shakedown, and we had the largest car-count and spectator-count we’ve had for this event so far,” said Bader, Jr. “We had beautiful weather, and we enjoyed positive feedback. We believe we now have a great baseline for this event. We were excited, Summit Racing Equipment was excited and Mickey Thompson Performance Tires & Wheels was excited. The future of Shakedown is exceedingly bright.”