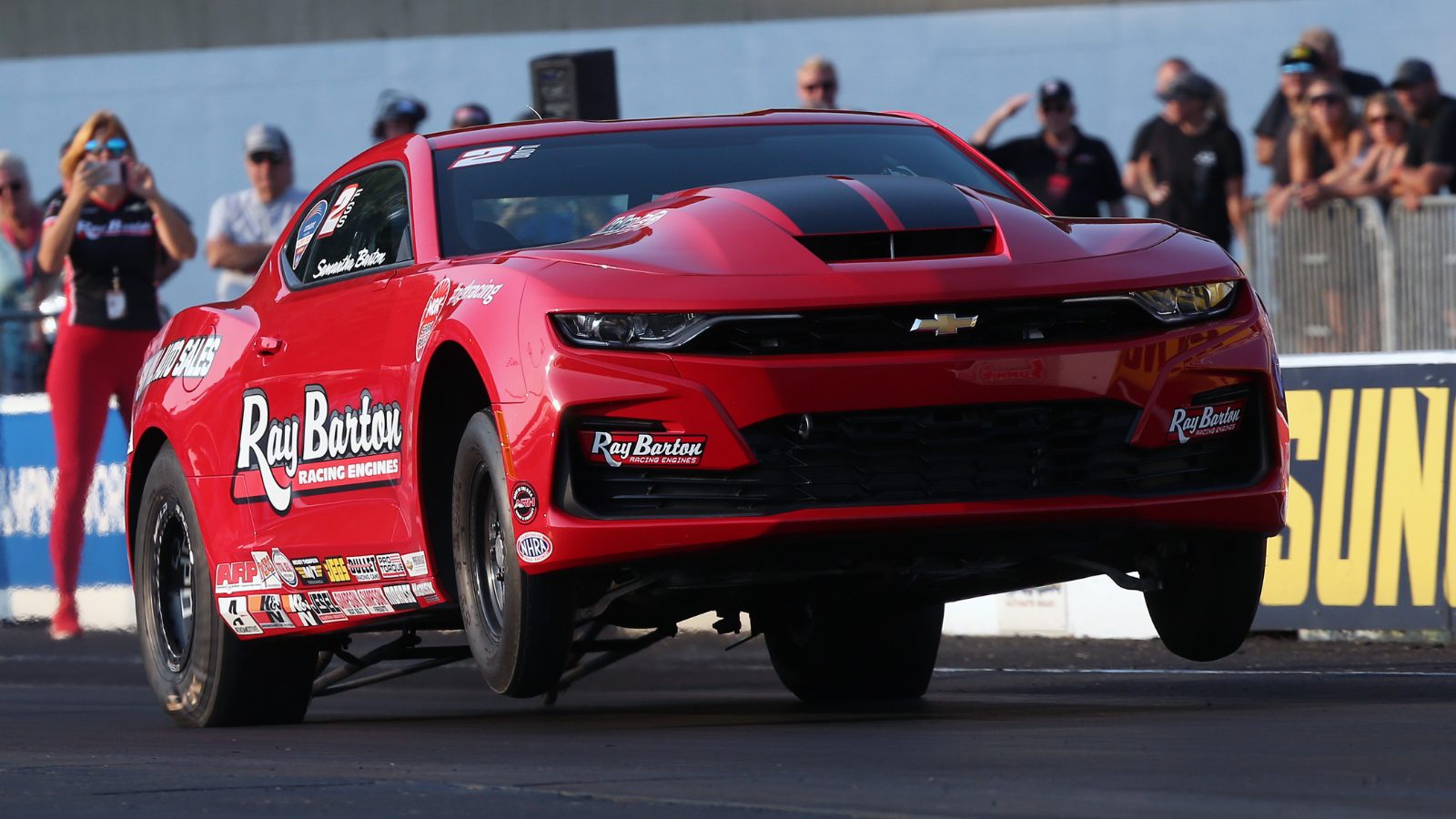 Pennsylvania native David Barton and his Saw Mill Auto Chevrolet COPO Camaro continued their battle for the Constant Aviation Factory Stock Showdown Championship with a No. 1 qualifying position and first round win Saturday at the Pep Boys NHRA Nationals at Maple Grove Raceway.

“The first two qualifying runs I didn’t feel very comfortable in the car,” said Barton, who won the U.S. Nationals two weeks ago. “The track seemed greasy and the cars weren’t launching like they should. I wasn’t sure what was going on. On that last run we hit the nail on the head. I made some minor adjustments and the car finally pulled a normal wheelie. If I had that same set up in Indy the car would have wanted to flip over backwards. I am happy that we figured it out in that third run. I felt pretty good going into the first round.”

With the No. 1 start, Barton would face Jonathon Allegrucci in his Watson Racing Ford Mustang during the first round of eliminations Saturday evening. Barton would have the starting line advantage and never trailed, recording a 7.828-second pass at 177.18 mph to better Allegrucci’s, 7.954 at 173.96.

“With that first round win I will sleep better tonight. I am trying not to let the points race bother me. It is what it is, and I am just going to go out there and do my best especially with all the support we have at this race,” Barton said. “We love racing here at Maple Grove Raceway. I have a lot of people here from friends and family to employees that are here watching so it adds some pressure. I am not sure I really like that. I like having all the people here of course. We asked them to put this race on the schedule. There are no other Factory Stock Showdown races in Division 1 and there are a ton of fans in the Northeast. People come down from Canada to watch us race. It is exciting but honestly it is also a little nerve wracking.”

Barton, who has a $1,000 target on his back as the most recent event winner through the Constant Aviation Factory Stock Showdown Bounty Program will take on Lenny Lottig in the quarterfinals on Sunday.

Bill Skillman and his Ray Skillman Ford Cobra Jet, remain Barton’s closest rivals for the 2022 championship. Skillman qualified No. 2 with a 7.717-second pass at 184.19 mph and secured his first round win with a 7.774 pass at 171.62 defeating Lee Hartman’s 7.896 at 172.39 in his Carrier Services Group Dodge Challenger Drag Pak. Skillman will start Sunday with a matchup against Daniel Condon. The championship battle will wrap up at the Texas Fall Nationals October 14-16 at Texas Motorplex outside of Dallas.

The battle between Chevrolet COPO Camaros, Ford Cobra Jets and Dodge Challenger Drag Paks continues with the second round of eliminations at the Pep Boys NHRA Nationals at Maple Grove Raceway Sunday at 12:10 p.m.