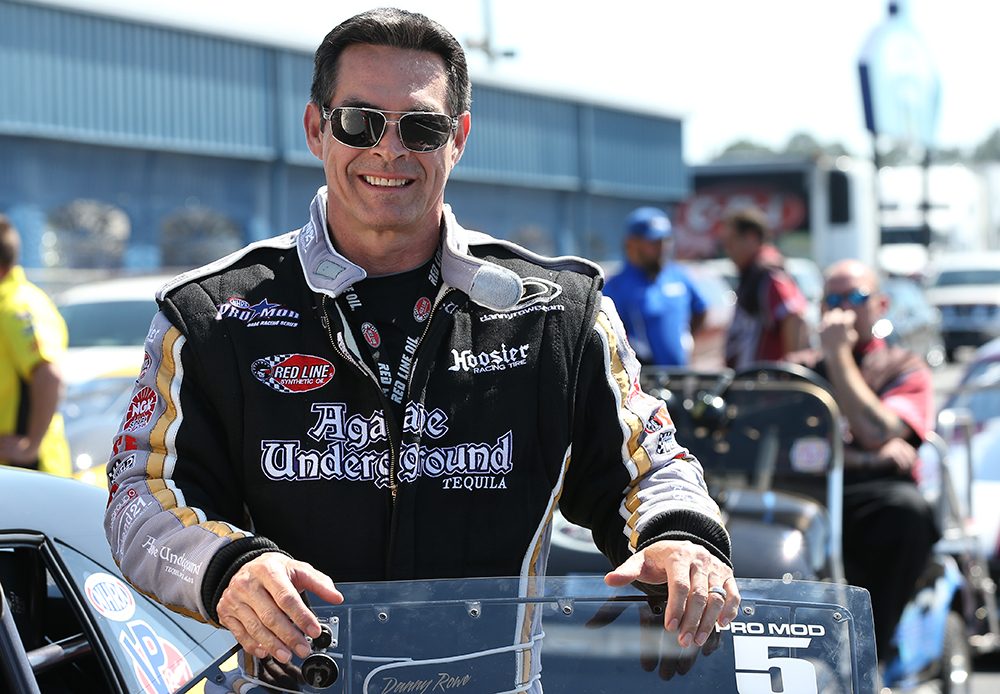 In a time when most NHRA professional classes are staring down the barrel of dwindling car counts and waning sponsor interest, the crowd-favorite Pro Mod class, particularly that of the NHRA brand, have somehow managed to lock in full fields for all 10 stops on the 2015 J&A Service Pro Mod Series tour. It’s not necessarily a surprise as Pro Mod enjoyed beyond-capacity fields throughout the 2014 season and was actually forced to turn interested racers away, but it is an undoubtedly shocking show of strength for an eliminator that NHRA has largely resisted.

As of January 27th, more than 23 Pro Mod teams have pre-entered for the full 10-race season, which gets underway at the Amalie Oils NHRA Gatornationals in March. The early support is impressive from 30,000-feet, but only when you delve into the matter does this particular group of racer’s collective commitment truly shine.

“It’s not necessarily a matter of logging onto a website and checking all the boxes,” explains Danny Rowe, Real Pro Mod board member and team owner/driver of the supercharged Agave Underground Tequila Pro Mod Camaro. “Due to last year’s large fields and the grade point system, NHRA arranged it so that racers would only be able to pre-register for one event at a time. So, I reached out to them to see if there was an option for those of us committed to the entire season to get signed up for entire year.”

After a brief back-and-forth with NHRA Senior Vice President-Racing Operations Graham Light exploring a solution, a full-season pre-entry program was put together to eliminate the race-to-the-computers leading up to every race that would otherwise ensue.

“There’s a lot of hoops to jump through,” explains Rowe. “After I reached out to NHRA figure out the process, basically, I found out that you have to get a form filled out, put your credit card up and sign a credit card release for the entry fees for the whole season. Right now, we’ve had 23 teams do what they have to do to be involved and register for all the races.”

Simple math puts the number at roughly $138,000 in entry fees that have already been paid by NHRA Pro Mod racers for the 2015 season – over a month before the season begins.

“I think it speaks volumes in regard to the level of commitment that we have from the people that are involved with our series,” says Rowe. “If you take a look at the fact that they have to make the payment up front, that they have to do this dance and fill out the forms and all of these things they have to do to actually be a part of he series – it’s powerful. There’s no better way to validate what we have going on here than that. The fact that teams want to be involved in the J&A Services NHRA Pro Mod Series, that better than a month before the first race we have 23 cars entered for every event and ever-growing interest in the series as a whole says a lot about where this program is headed.”