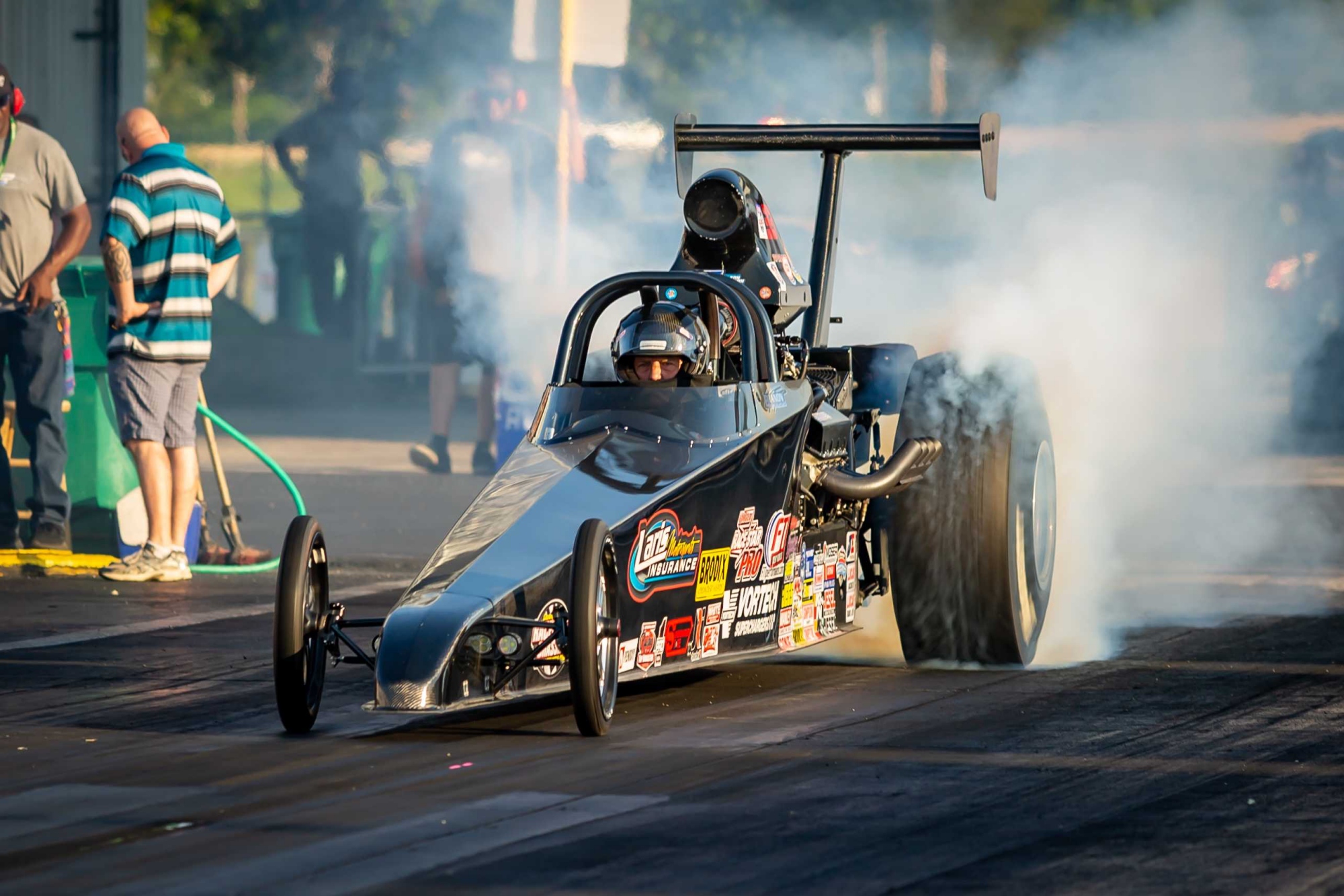 When Danny Nelson isn’t designing and building dragsters for other racers across the country, he’s behind the wheel of one of those dragsters, and lately he’s been turning on quite a few win lights in his Top Dragster.

If you aren’t familiar with the Top Dragster class, it’s essentially a class of very quick E.T. racers who must choose their own dial-in and run a traditional bracket format. The quickest dial-in currently allowed in the class is 6.10, and the breakout rule is enforced. Think of it as really quick bracket racing.

Nelson is proving that 2019 may just be his year to take home the championship trophy as one of the best bracket racers in the country. He’s leading the 2019 NHRA Lucas Oil Drag Racing Series Top Dragster national points standings, he has had quite a season so far, and hopes it isn’t over just yet.

At 63 years old, Nelson is known as one of the toughest drivers in the RacingRVs.com Top Dragster category. Nelson started collecting Wallys this year at the Division 3 Lucas Oil Series event in Bowling Green, Ky. He collected another at the rain-delayed Summit Racing Equipment Nationals in Norwalk, Ohio, and added one more recently at the JEGS SPORTSnationals in Columbus, Ohio. He’s also been in a final round, and made one semi-final appearance this year at the U.S. Nationals in Indy, which was the first-ever U.S. Nationals that the Top Dragster class has completed.

But when he’s not on the track himself, he’s rooting for his customers, other drivers of Racecraft Chassis dragsters. Nelson started Racecraft Chassis in Batesville, Ark. in 1987 after being what he describes a “professional bracket racer.”

Having been a racer for more than 45 years, he’s learned a lot of things on (and off) the track that have helped him build some of the most competitive dragsters in the country. And while he says he learns something with every pass he makes down the track, he also gets a lot of input from his customers. He uses these learnings to continue improving his chassis and building top-performing dragsters.

With each Top Dragster race across the country the fields are getting tighter and tighter. Nelson says that the field is so fast, he hopes they’ll be able to lower the index in the future. He says even getting it down to 5.90 would be a huge help.

“The field is getting so tight, like the race in Indy [U.S. Nationals] for example, some people aren’t even coming because they don’t think they can qualify.”

Nelson picked up his most recent Wally over the weekend at World Wide Technology Raceway just outside of St. Louis at the NHRA Lucas Oil Drag Racing divisional event.