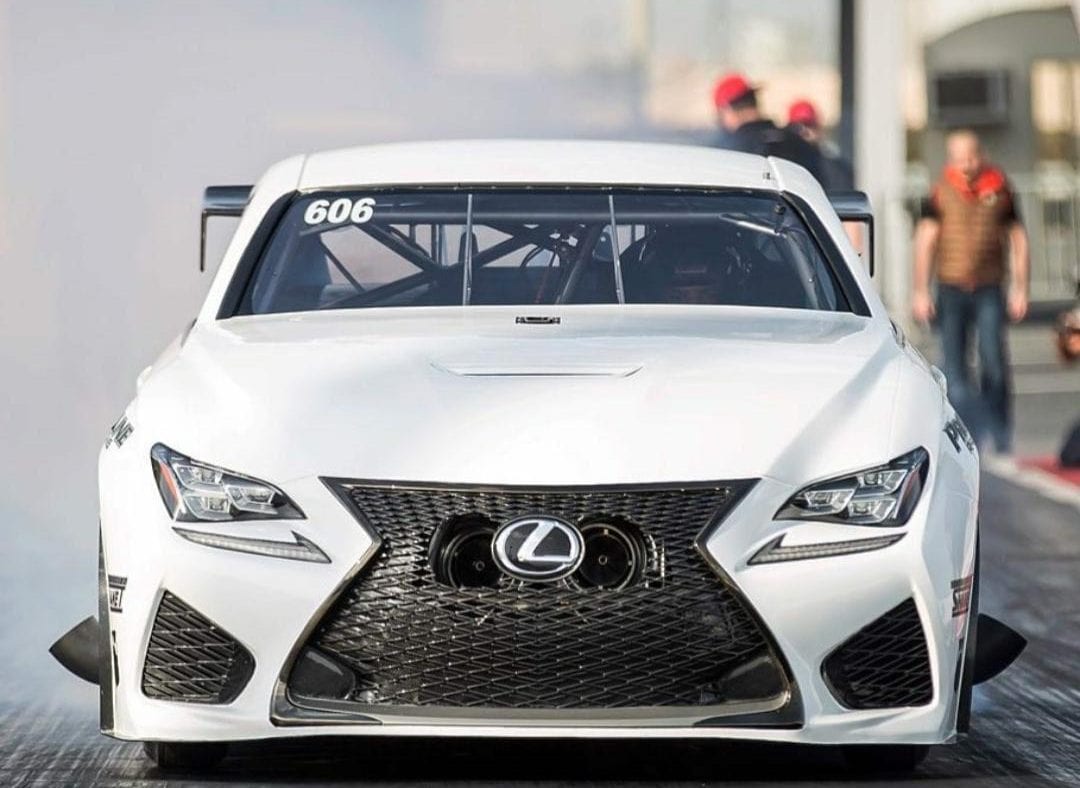 Daniel Pharris had his lunch interrupted on Wednesday, but in this case he was perfectly fine with it.

Pharris was informed that EKanoo Racing was selling its popular and ultra-successful Drag Lexus RC-F, the fastest and winningest Super Street V8 in the Middle East. It was unexpected news, to say the least.

“I just found out it was for sale yesterday for lunch and I about regurgitated my food,” Pharris said.

But the news didn’t have to sit long, as Pharris and Pharris Motorsports officially purchased the car on Thursday. The radial standout expects delivery of the striking car within the next few weeks with plans to race it as soon as possible in 2018.

A year ago, Pharris mentioned to Tim Davis, a team member of the Bahrain-based team, that he would be interested in the car should it ever become available. When EKanoo Racing founder Ebrahim Kanoo was ready to sell, Pharris was among the first to know.

It didn’t take him long to come to a decision on a car he has long admired, either. With a short history that already boasts an immense amount of a success, massive popularity on social media and a unique look, Pharris jumped at the opportunity.

“My deal is I always have liked buying unique race cars and campaigning them,” Pharris said. “The car is very unique with a big history behind it and big-name players behind it. You can’t buy that novelty everyday.”

The track record of the top small-tire car is incredible.

Since its debut two years ago, it has qualified and won every race in the Super Street V8 class in Bahrain, boasting back-to-back class championships.

It also holds the Middle East record for performance with blistering numbers of 3.95 at 203 mph, building up a considerable fan following in the process.

The car was built at the EKanoo Racing shop and the exquisite bodywork was all done in-house as well. With a 481x Pro Line Engine and an M&M Transmission from Mark Micke, Pharris is getting a supreme ride that will turn heads during its debut season in the United States.

“This is a huge deal for his program,” said Tyler Crossnoe, who is Pharris’ car/crew chief. “This has to be one of the only cars built outside of the U.S. purchased by an American to be raced competitively here. It’s an exciting deal. This is a known worldwide celebrity car.”

That makes Pharris even more eager to debut the car as soon as possible. He’s hoping for a possible April debut, but will know more firm details once the car arrives from overseas.

But with a strong knowledge of the car as well as a close relationship with numerous team members of EKanoo Racing, Pharris isn’t expecting to make any major changes to the car, and that includes the name on the side of it.

“I’m not going to change a thing,” Pharris said. “I’m going to leave Khalid Mohammed’s name on the door and act like it’s them over here running it.

“It’s fresh, ready to go and it’s going to be a frontrunner the first time out. It’s a car that’s proven and I’ve got a group of guys that will help me out. We’re always looking to bring new things to the sport and that’s what this is. Everyone likes something unique.”