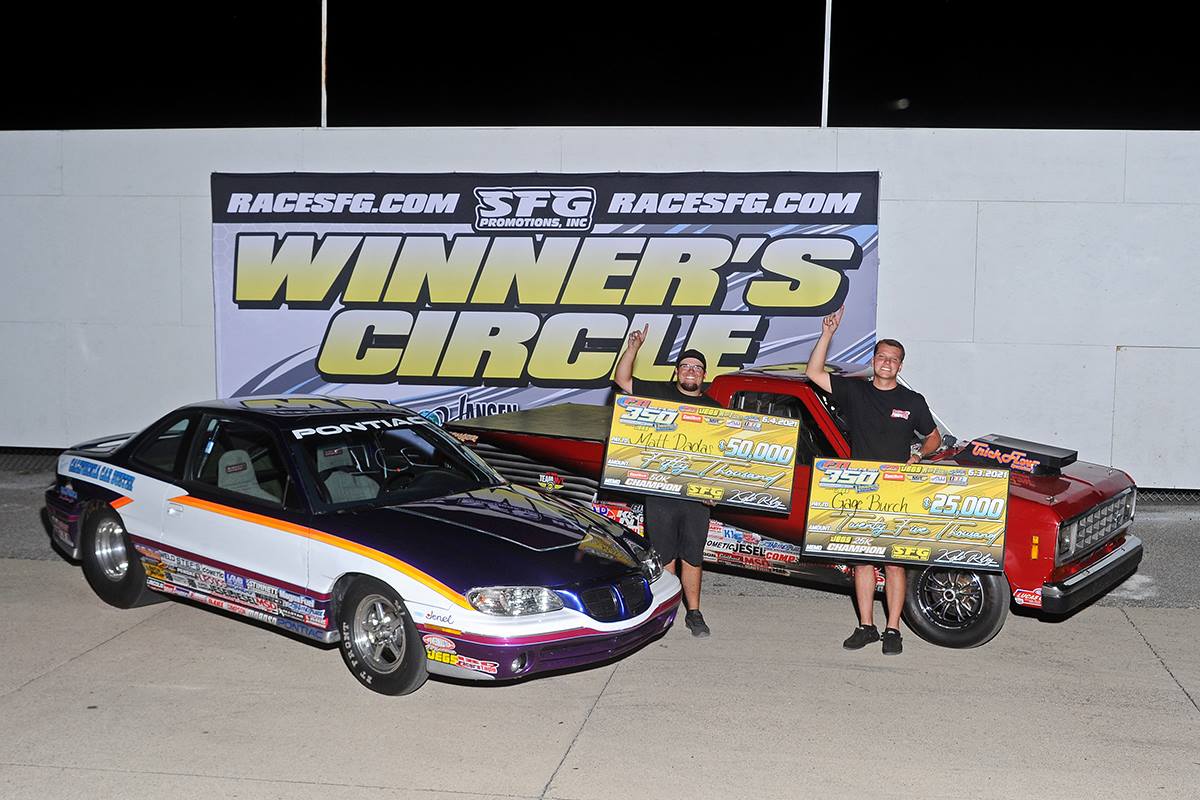 Bracket racing teammates Matt Dadas and Gage Burch, who appeared on the cover of Drag Illustrated’s 2019 30 Under 30 Issue, scored a pair of big checks at the FTI Performance SFG 350 at Cedar Falls Motorsports Park in Iowa. Dadas won the FuelTech $50K Friday, then Burch claimed the JEGS $25K Thursday race win, which was completed after the Friday race.

It is safe to say that Dadas has a history of doing well at Cedar Falls Motorsports Park. At the FTI SFG 350 last year, he was the runner-up to Hunter Patton in Friday’s 50K and he won the Saturday 50K over Ricky Adkins.

In the semi-final round, Dadas, Johnny Ezell, and Mike Casteel were left to battle it out for the $50,000 grand prize.

Semifinals:
In the semifinals, Dadas was awarded the bye to the final, leaving -.006 red off the starting line and running a 6.121 on a 6.12 dial in his single lap. 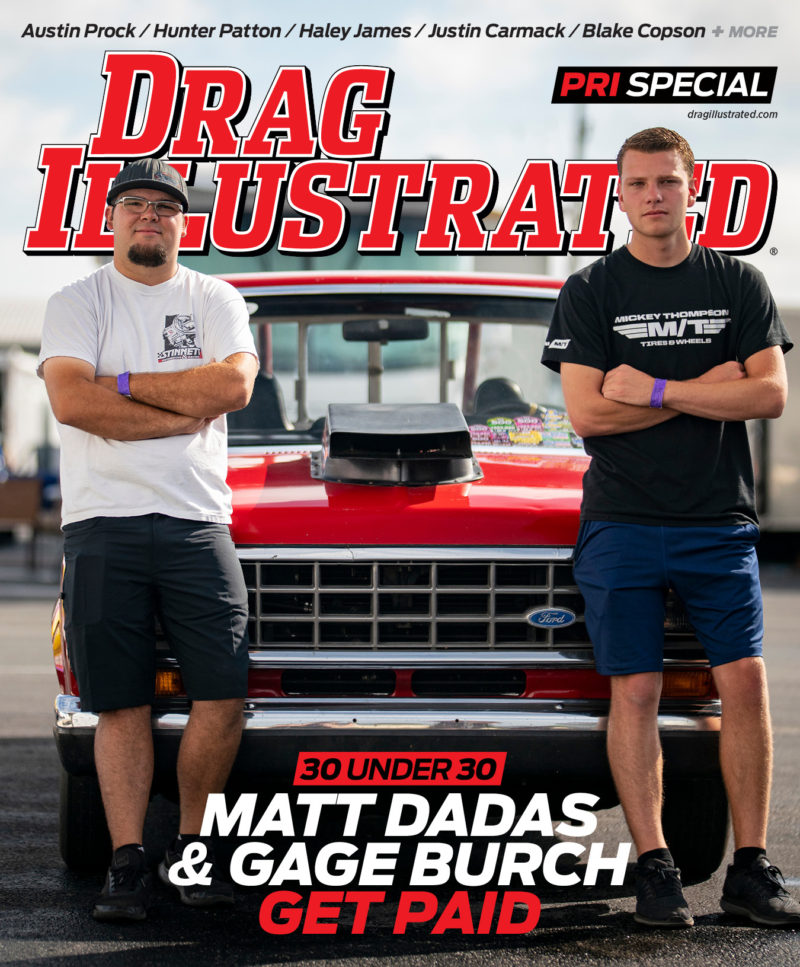 The JEGS $25,000 Thursday was contested after FuelTech Friday’s $50,000 final. Racers still in competition from Thursday night were given one time run before heading straight into the remaining eliminations. After watching his teammate, Dadas, pick up the FuelTech Friday $50,000 win, Burch was ready to park the “Danger Ranger” in the winner’s circle to join Dadas.

In the semi-final round, Burch was joined by Brian Folk and Darrell Gear. Gear had secured the bye to the finals, which left Folk and Burch to face off to find out who would join Gear.

Gear took his competition bye run and was .000 perfect at the starting line heading into the final round.

Burch and Folk went up against each other on the other side of the ladder. Burch left that starting line with a .005 light and ran dead-on four. Folk let go .022 and ran dead-on zero  for the runner-up in the pair.

Gear put up an excellent runner-up effort with a .008 reaction time and ran dead-on three.